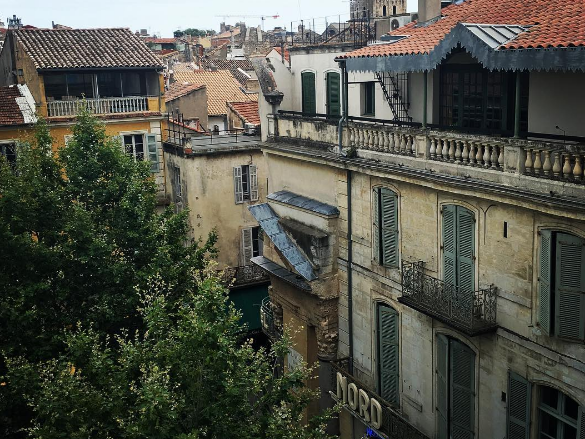 The world’s first and largest photography festival was once known as the Rencontres Internationale de la Photo (RIP), an unfortunate acronym in English, which was changed in the early 1990s to Les Rencontres de la Photographie as more Americans and American companies began to attend. The current name simply translates to “Arles Meeting.”

Founded by French photographer Lucien Clergue, journalist Michel Tournier, and historian Jean-Maurice Rouquette with help from a few others including photographer Jean Dieuzade, it began in 1969 in Clergue’s hometown of Arles, in the Provence region of France. Arles is a town that goes back to Roman times. It is situated at the mouth of the Rhone river (Bouche de Rhone) where it flows out to the Mediterranean. It was often occupied by exterior forces in its history—as Clergue once explained to me, “The armies came down the Rhone and, once in Arles, availed themselves of our hospitality and then decided if they wanted to turn right and invade Spain or turn left and invade Italy.”

In the beginning, Les Rencontres de la Photographie was simply a call to friends to get together and show slideshows of their works in a local hotel. It quickly grew from there to include invitations to Ansel Adams, Manuel Alvarez Bravo, and Robert Doisneau, which helped to extend its reputation and solidify its importance as a European photography event.

It is and has always been primarily based around exhibitions, many of which take place today in the old French railroad repair yard buildings originally constructed in the mid 1800s and known as Les Ateliers SNCF (Societie Nationale de Chemin de Fer). Addition exhibitions are held inside wonderful buildings in the old center of Arles dating to the 17th century and well beyond. There are often more then 60 exhibitions on view.

The opening week is the week photography professionals from Europe and beyond attend. It's a low-key networking event that is unparalleled. Join me on American Photo's Instagram account as I roam around and check things out this year.