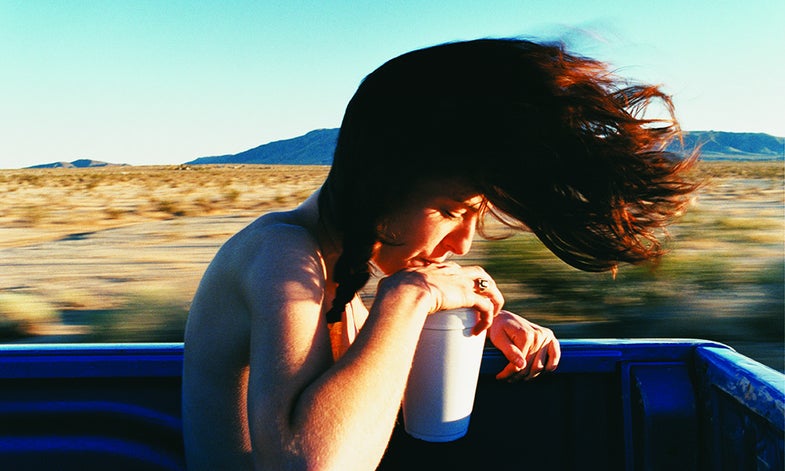 Long before the era of obsessive self-documentation, and before Instagram became a medium unto itself, Ryan McGinley turned snapshots into art. During the late 1990s, running with a gang of musicians, artists, and actors, McGinley chronicled their lives through the lens of a Yashica T4 point-and-shoot. He and his group stayed out all night, explored downtown Manhattan, sprayed graffiti in subway yards, and got naked and intimate as night turned into day. McGinley captured it all, shooting tons of film and cannily selecting images that morphed into compelling artwork. “I caught the photo bug, and taking pictures became the only thing I wanted to do,” he recalls. “I quickly found out that I love photographing my friends, I love photographing people nude, I love photographing adventures. It’s about people showing you their lives.”

Through the first decade of the 21st century, McGinley emerged as a photographic superstar, complete with a rave-garnering solo show at the Whitney Museum in 2003. That was great, but it meant he was famous and could no longer make images by running around Manhattan with his crew. “That part of my life—making photos downtown—was over,” he says. “It evolved into a big U.S. journey for me.”

Now he recruits good-looking, like-minded creatives to hop on a bus with him in search of spontaneous adventures. He gets to know his subjects first, via Skype and long sessions in the studio, and despite the online-dating quality of the first meetings, McGinley forms bonds quickly. “We become like brothers and sisters,” McGinley says. “We eat together, we take side trips, we stop to check things out. I see inspiring things that never would have registered otherwise. It’s all about being with people you like who are enthusiastic about climbing trees or hiking or running around naked in the snow.” The resulting photos of youthful exuberance and celebration were recently displayed at Manhattan’s Team Gallery in a show titled Yearbook.

See more of his work at ryanmcginley.com