Industrial disaster, not Photoshop, led to the making of these unbelievable images 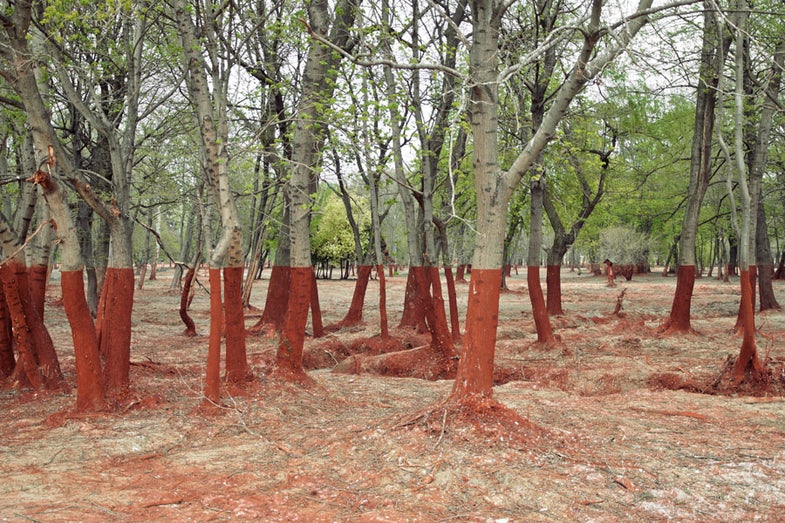 A few months ago, Richard Mosse’s photographs of the Democratic Republic of Congo became quite popular because the infrared color film he used made the landscape a brilliant shade of purple. Spanish photographer Palíndromo Mészáros has produced photographs with a similarly unnatural hue, but the red that dominates his work “The Line” isn’t caused by his camera setup. His work documents the aftermath of a 2010 toxic waste spill in Western Hungary, which killed nine people and forced the evacuation of thousands. The material, released from an aluminum factory, has left a permanent mark on the villages in its path. Mészáros made a pair of supervised visits to the site in order to document the effects of the spill. He says that, officially, everything has gone back to normal, in that people have returned to their homes, and the government has constructed a number of public housing units for people whose homes were destroyed. Naturally, though, many of the residents still fear for their safety.

Mészáros’ photographs don’t show any of these residents, but instead focuses on the very visual effect that the spill has had on the landscape. It’s quite clear to see exactly where the toxic sludge reached up the side of buildings, and even trees. The red hue of aluminum byproducts makes for a somewhat surreal landscape. In this way, his photos could be compared not only to Mosse’s, but also to those we featured by Thai photographer Miti Ruangkritya, who documented the effect of floods on Bangkok. In each case, although the landscape has been completely altered by something external, the photographs themselves remain calm, almost stately.

Like Ruangkritya, Mészáros told me via email that he was motivated to take photographs that would look different from the images that had appeared in the media. “I always want to know what remains when the news is no longer ‘new’ anymore,” he said. “The story gets forgotten by the media. An approach different from this traditional one seemed very natural to me.” In both “The Line” and “Imagining Flood,” the photographs can function as documentary images which show the plain facts of a disaster. Still, the photographers are trying to make their images a little bit harder to digest easily, as simple information. With digital technologies, it’s easier and easier for this kind of work to find an audience. Perhaps it will be more common for us to see these non-photojournalistic (yet still, in some way, informative) images alongside the more “traditional” images, as Mészáros calls them.

Further reading: Mészáros’s own site, and this writeup on the excellent Spanish photo blog 30y3.