Holly Andres Blurs the Line Between Fantasy and Reality With Photography

"When I gaze through the camera, I try to think like a painter and consider every aspect of the composition" 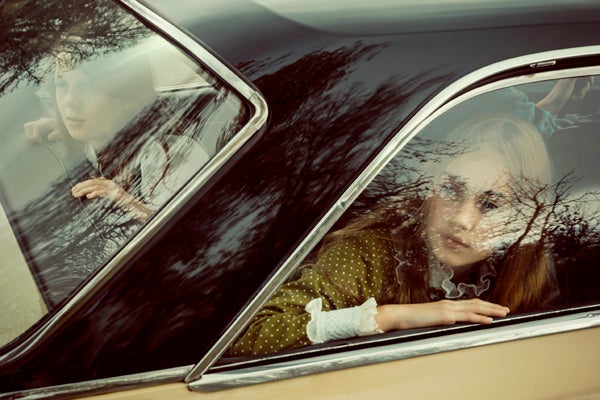 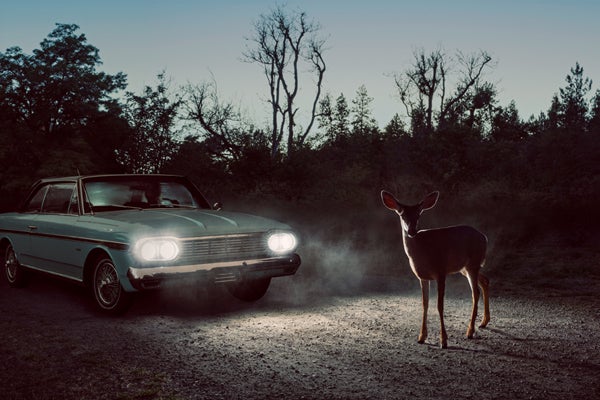 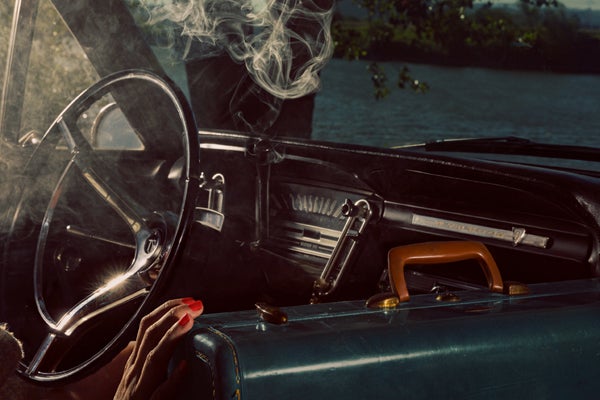 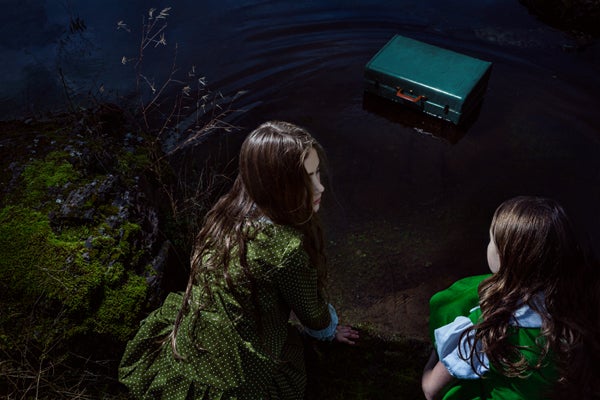 Photography has the power to capture moments and freeze memories, and photographs can be nostalgic reminders and reference points to the past. But imagery can be deceiving, and memories aren’t always reliable, leaving photographers with the power to control, manipulate, and reimagine as they please, straddling the line between fantasy and reality, and creating new narratives of foggy recollections.

Photographer Holly Andres explores this cerebral gray area in her work, turning memories into movie sets, transforming fleeting moments into elaborately staged recreations. Her most recent project, “The Fallen Fawn”, which is on display at the Robert Mann Gallery until Dec. 5, is a stylized and subtly menacing retelling of an episode in her own childhood when her two older sisters discovered an abandoned suitcase near their home. The contents would become the girls’ favorite playthings, and they spent that summer secretly dressing up in an anonymous woman’s discarded clothes, jewelry and makeup.

“When they told me this story a few years ago, we found ourselves asking ‘who was that woman? What was her suitcase doing down at the river’s edge?’,” Andres says. “Long after our conversation I found myself still thinking about this woman, and the possibility that my two sisters, then just two curious and naive girls, could have unearthed a treasure trove containing a sinister secret. This story has all the narrative motifs that most interest me.”

Once she identifies the memory she wants to recreate, Andres says she begins to visualize the story down to most intricate details. “When I gaze through the camera, I try to think like a painter and consider every aspect of the composition—the colors and textures of the fabrics, the value contrasts of the lighting, the position of the objects and characters, and the dynamic between the figure and ground,” she says. In re-staging scenes from her memory as elaborate sets, she says she tries to capture the “cognitive dissonance” that can emerge once she introduces different elements into the formal compositions she builds up from the rough storyboards she initially creates.

In this sense, Andres’ work falls within the realm of contemporary photographers like Gregory Crewdson and Cindy Sherman, who also use this method of re-staging reality to create vivid and richly composed fantasy worlds. But there’s a subliminal psychology at work in her images, one that she says comes from mining her own lucid subconscious—she keeps a journal at her bedside and says her most creative moments occur when she’s on the brink of falling asleep. She also says she is inspired by a handful of female surrealists.

“I feel a strong connection to their work, particularly because of their interests in psychoanalysis and their metaphoric depictions of fears, desires and impulses,” Andres says. “Much of their work is autobiographical and employs symbolic objects and, unlike the desolate dreamscapes of their male counterparts, their narratives often reside within domestic spaces.” She cites the “simultaneously whimsical and nightmarish” work of Dorothea Tanning, and Maya Deren’s 1943 film “Meshes of the Afternoon” as major influences in her aesthetic development.

In her photographs, Andres essentially ‘paints’ a scene by making carefully considered decisions about the things she knows she can control like light, color, and texture. The unpredictable “performance” of a subject, placed in a controlled environment that Andres has conceived, creates the kind of tension she strives to capture. Her constant teetering on the edge of fantasy and reality adds an extra layer of unease to the scenes, while her impeccable eye for detail make the images both formally beautiful and extremely complex, like a still frame from a Kubrick film.

But beyond the visuals, the psychological tension in “The Fallen Fawn” comes from the secret we share with the two young girls, always looking slightly afraid of getting caught playing dress-up in stolen clothes, and from the central question that compelled Andres to reimagine the story for herself: Who is this woman, and where is she now? While Andres never attempts to fully answer this question, her reconstructed recollections are arguably more interesting than the answer might be.