Hamburger Eyes Is Putting Prints on Your Wall—for $33

If you spend time looking at photography online, and reading some of the existential hand-wringing that’s posted about the state... 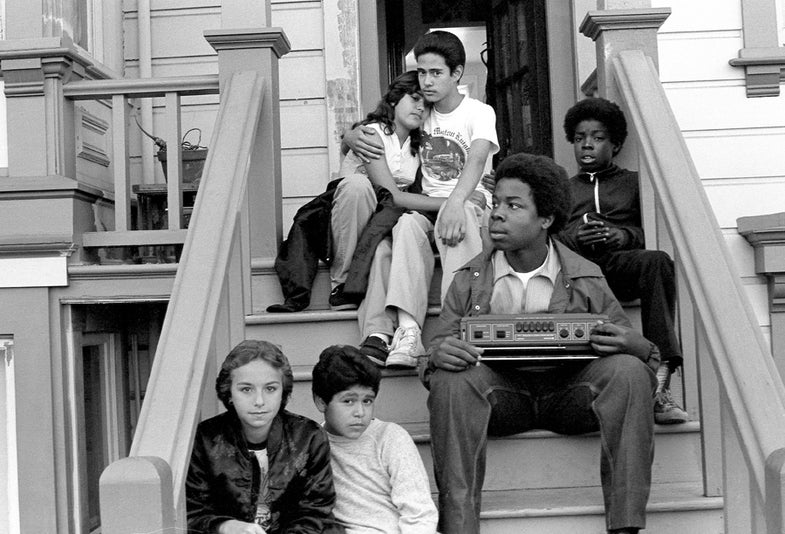 If you spend time looking at photography online, and reading some of the existential hand-wringing that’s posted about the state of the medium, you could pretty easily get it into your head that we’re living in some dark times. After all, it seems like every few months there’s some new threat to what I would call “authentic” photography that sends people into a tailspin. (The most recent one was Instagram.) Hamburger Eyes is an excellent antidote to all of this chatter. The San Francisco-based group consistently pushes good photos, without making a big fuss about whether they’re digital, analog, cell phone, whatever. If you haven’t come across Hamburger Eyes before, now would be a very good time to look, because they’re selling prints at an incredibly cheap price. 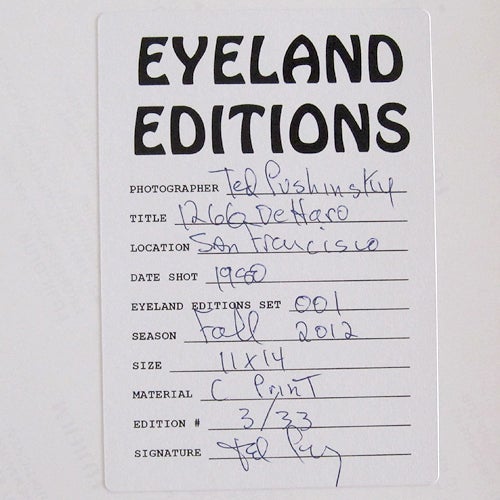 For the past few years, Hamburger Eyes has run an annual eBay auction to raise funds for the group’s activities, but starting from this fall, they’ve started a new print series, EYELAND EDITIONS. “Eventually,” says Hamburger Eyes’ Ray Potes, “people started asking for our prints outside of the auction yet expecting the same low prices. Then the emails started adding up. So, we came up with this print program.” The prints are 11×14, and are selling for $33, in an edition of 33. As Potes wrote in a blog post introducing the series, “if you know anything about anything, the prices for these prints is really a ridiculous deal.”

We’ve already introduced a couple of photographers associated with Hamburger Eyes, in Michael Jang and Mark Murrmann. The group is unique in that it brings together a group of young and not-as-young photographers (mostly in the San Francisco area) who are working in loosely similar ways. It’s honestly kind of surprising that there aren’t any other photography groups like this in America. Of course there are photojournalist collectives, and internet-based projects, but I can’t think of any other group dedicated to straight-ahead photography that represents one city. Tumblr’s official blog recently did an interview with Potes, and it’s worth a read if you don’t already know about the group. Hamburger Eyes has made a name for themselves as a publisher of xeroxed zines, and of the ones that are still available on the site I’d recommend Murrmann’s Mess Me Up!, which is only $5. At a time when the internet is packed full of self-promotion, this low-key profile is refreshing.