Gregory Crewdson Searches for Salvation in “Cathedral of the Pines”

On finding inspiration in the woods and learning to compromise 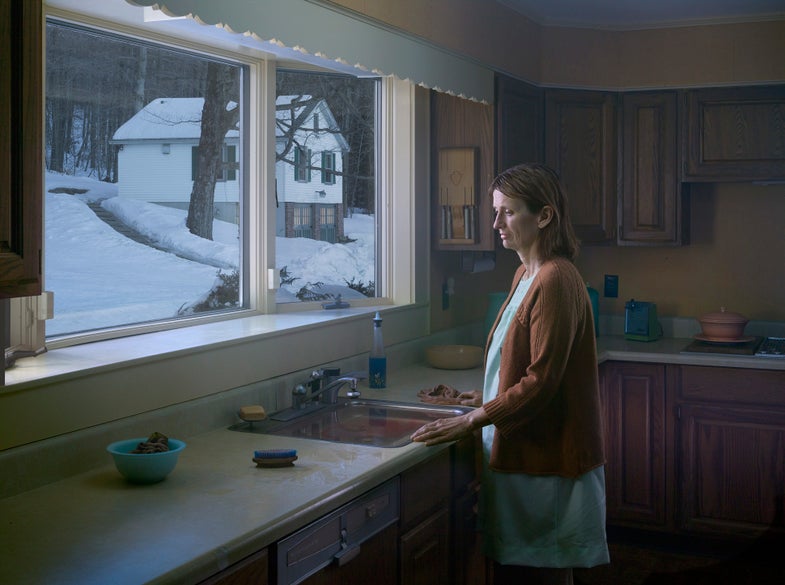 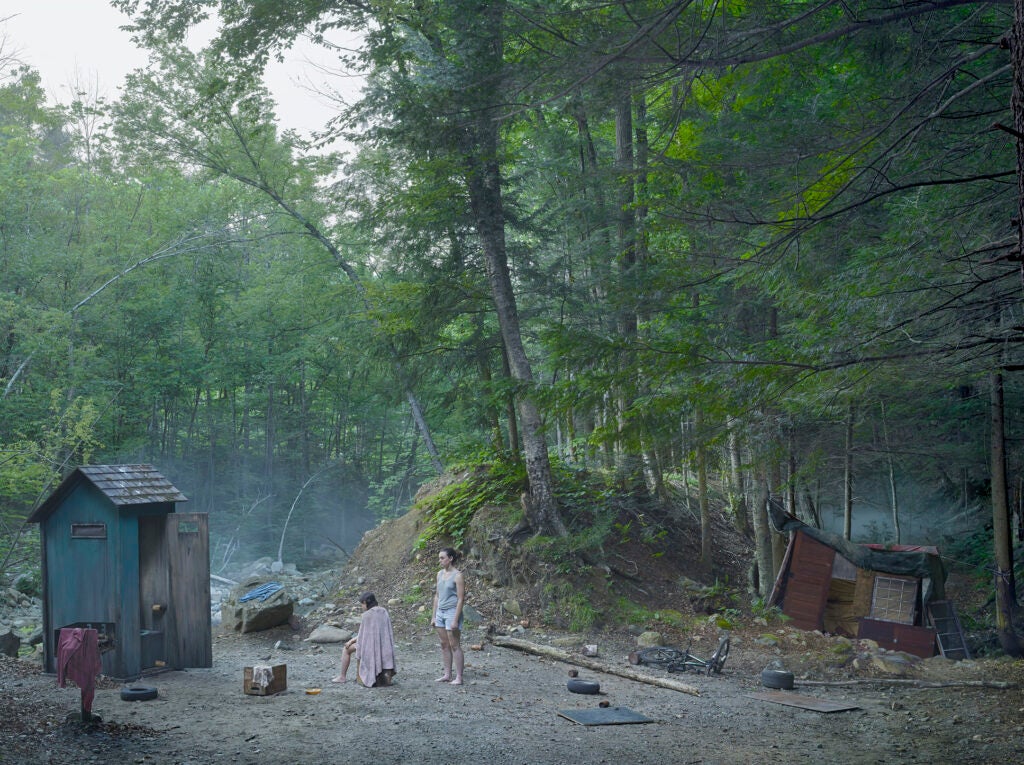 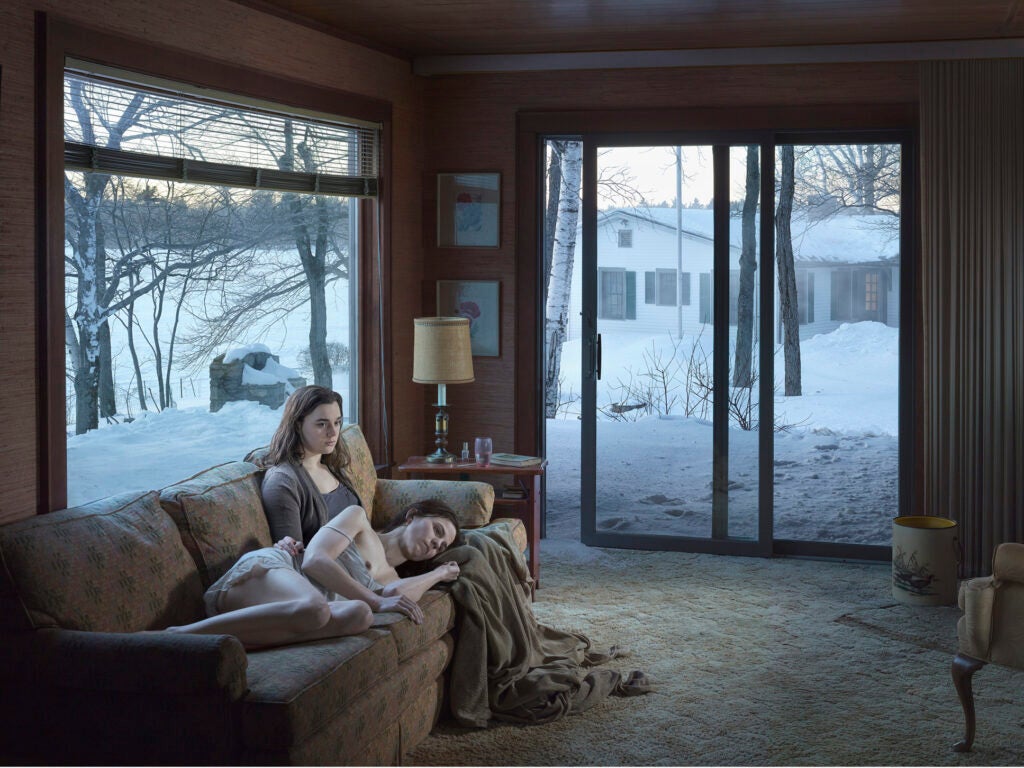 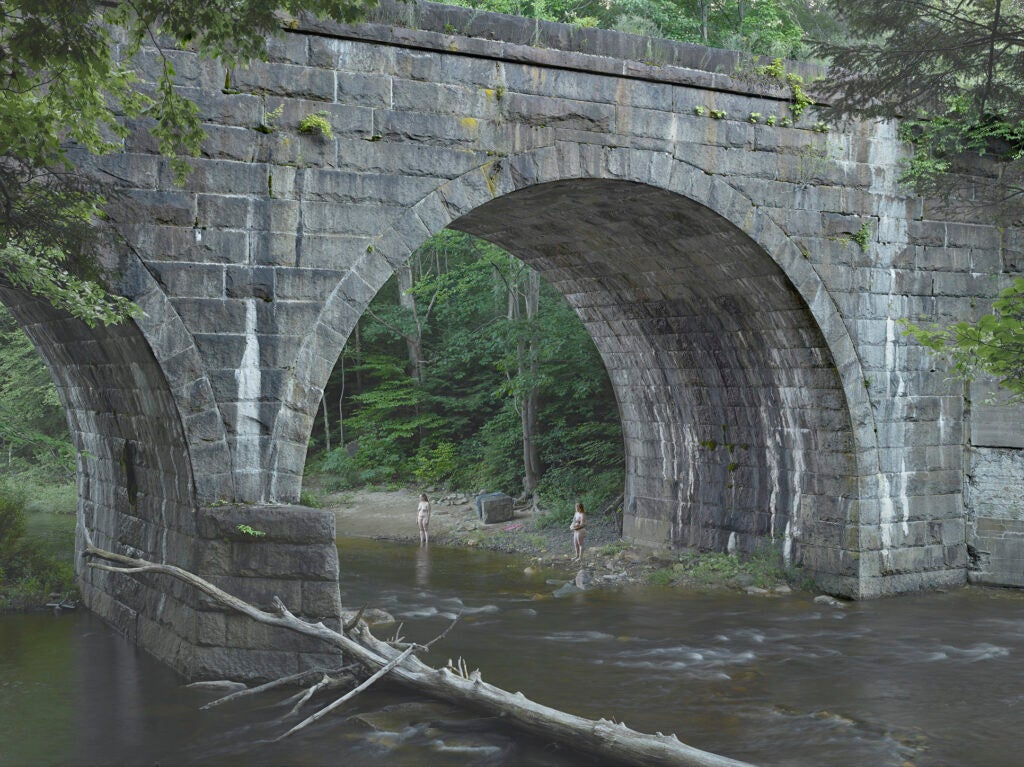 Photographer Gregory Crewdson’s latest project, “Cathedral of the Pines,” sees him digging into deeply personal territory, while maintaining the same sense of uneasy stillness and subtle dread that has made his images instantly recognizable and incredibly valuable. Here, he tells American Photo how he found inspiration in the woods and the challenges he faced while producing his first new body or work in over two years.

“Cathedral of the Pines” is a much more personal body of work than your other projects, but still maintains a sense of distance and anonymity. How did you find that balance?

I think that’s essentially the core sensibility of the work, and in some ways I have no control over that. I can make certain formal decisions, and decisions about setting and place, but the psychological mood of the pictures comes from a murkier, darker place.

To me, there’s certainly an alienation or a dislocation, but also above and beyond that there is a sense of wanting to make a connection and a possibility of fulfillment. When I was making the pictures I was going through a pretty difficult time, and all those things established the general themes of the work, of searching and seeking connections. It sounds kind of funny now, but my intention was to make the most optimistic and romantic photos I could.

These images seem very much inspired by the location itself. How did it impact your vision for the project?

This entire body of work begins and ends with the location—that’s the key point of entry. All the pictures were made on location in Beckett, Massachusetts, so, unlike my other pictures, there were no sound stages, no towns or streets to close off or shut down. I made the decision early on to make pictures that felt private, and that nature would play a key role; whether looking through a window into a forest, wherever it is, there’s always a relationship between the subject and nature.

My family had a log cabin in the woods in Beckett, so there is, implicit in the entire body of work, a return to childhood, a return to something primal. There’s all these associations and connections I have to the place, and so on an emotional level, the physical location is very important. I went through a pretty dormant time preceding this work. About two years not making any pictures—I was very disconnected from the process of making pictures, but I was taking these long hikes in the woods. I stumbled upon this trail called Cathedral of the Pines and that just sprung the whole thing. I saw it all then.

Can you talk about how working outdoors, as opposed to in a studio or a soundstage, affected your process?

The biggest difference I think was that we stayed on these locations for longer periods, and because we were working on location for such long stretches of time, we had to compromise constantly, but that was the thrill of the work. Over the three productions we were faced with extreme cold, snow, heat, freezing temperatures. When we worked in actual structures or houses, we were working in very confined spaces and small rooms, but you can feel that in the work. It’s all very contained.

We were also working with a very small crew, about 15 people, and a small budget, so we had a much smaller footprint, but the positive side of that was that we all bonded. We felt like a family, like we were going through this together.

Along with the psychological tension of this project, there’s also an art-historical tension between painting and photography, where your previous projects have felt more cinematic. Is that something you were consciously thinking of when you were making these images?

First and foremost, I’m a photographer. That’s how I approach art. I always respond to the idea that photography has a privileged approach to the world, because it’s always a recording and it’s always a document. As a baseline, that’s really important to me. With that grounding the work, you can bring cinematic or painterly sensibilities to it, but in the end there is a person in that picture, and someone taking that picture, and that provides that strange sense of detachment and voyeurism that a painting would not have. I knew exactly what I wanted the pictures to feel like, and I did want them to be more painterly and less cinematic, and quieter in tone, almost like there was nothing happening.

There were a lot of discussion about the palette and the light. There’s a lot of wood paneling and earth colors in the photos. I wanted everything to feel very muted. I was also really struck by a show I saw at the Met museum about five years ago called “Rooms with a View”—it was a 19th century painting show—and how the main central light always came from the exterior. In most of those interior shots we had to make some very complicated lighting setups to give the appearance that there was no light in the interior space. We’d already done the closing down streets and putting up hundreds of lights thing. This was a much greater challenge, making a lighting palette that felt almost invisible.

You launched a social media campaign before the opening of this exhibition, a first for you. What was that like for you, and how did you determine what you would share via the internet and what you would save for the show?

We told our crew to document every aspect of the production of this project with the caveat that they would become part of an image bank, and we held onto them for a long time—two years I think—and then in anticipation of the show, we started showing them and distributing them through Instagram and Facebook. In a certain way they sort of tell you everything, and nothing.

We’re living in a time where it’s a really challenging to be a photographer, and where we all, including myself, experience pictures through screens on our cell phones and iPads, but all these images are created to be disposable. I still truly believe in the idea that a photograph can have a physical presence as an object, which is why I go through such an extraordinary amount of effort to make it feel like a beautiful object. But there’s a difference between what you see on social media and the object itself, because the object itself is the artwork.

“Cathedral of the Pines” is currently on view at Gagosian Gallery in New York. The show will remain on view through March 5.