If you’re on Tumblr, you may have seen it already: a snapshot of a disembodied hand holding some fantastic, often... 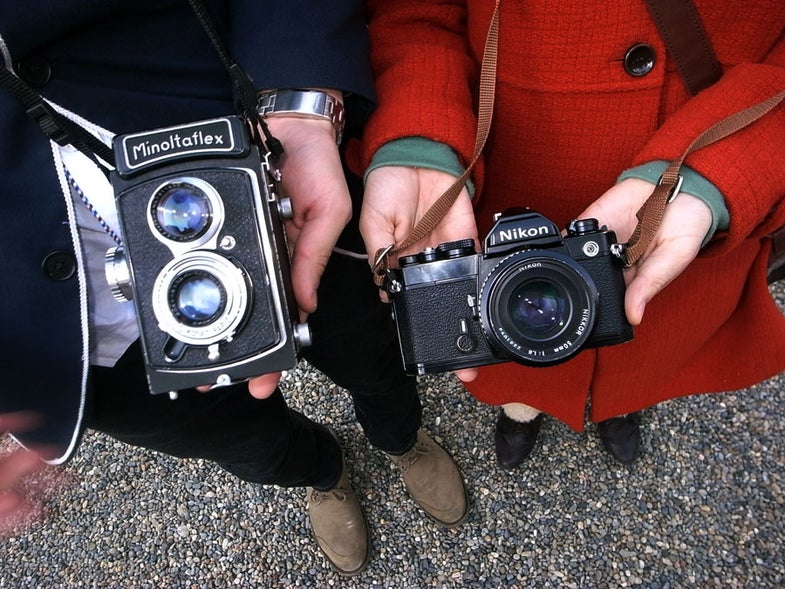 If you’re on Tumblr, you may have seen it already: a snapshot of a disembodied hand holding some fantastic, often vintage camera. It’s endless eye candy for camera fetishists, especially those with more exotic, analog tastes. Like many an internet meme, it started from fairly humble beginnings. John Sypal is an American photographer living in Tokyo, who recently joined Totem Pole Photo Gallery, one of the best so-called “member galleries” in Tokyo.

“I was already talking to people with cameras that I met on the streets anyway, I figured it might not be a bad idea to ask for a snap of their gear the next few times after,” John says. The Tumblr he started in 2008, Tokyo Camera Style, now has thousands of followers, who come to see photos of the cameras Sypal spots on people’s shoulders in and around Tokyo. Based on the popularity of the site, he now produces a monthly column of the same name in Japan’s venerable Nihon Camera magazine.

I asked John a few questions, and here’s what he has to say about his personal project becoming an internet phenomenon.

“I think that part of Tokyo Camera Style’s appeal is its simplicity and the nonjudgmental point of view it has regarding gear,” he says. “Looking back, I think that it was my own reaction to a lot of the internet talk over branding, technical specifications and all the “debate” that is had in-between. Not to mention the whole “Digital vs. Film” thing that took up who knows how much bandwidth a few years ago.”

And about the rapid proliferation of the sites to other cities? “There’s been a bunch of new ‘your city name here’ Camera Style sites popping up which I think is really cool.” he says. “I’m not the coordinator or anything—people are adapting the Camera Style concept to their particular environment and interest. It’s fun to watch this happen.”

The list of cities now is sizable, and ever-growing. Feel free to spin the globe:

On the topic of a particular camera’s importance in the process of image-making, Sypal says that two quotes which sit in the sidebar of Tokyo Camera Style sum up his feelings handily. Let’s end with them:

“I don’t think about what camera I should use that much. I just pick up the one that looks nicest on the day.” — William Eggleston

“If you want to change your photographs, you need to change cameras. Changing cameras means that your photographs will change. A really good camera has something I suppose you might describe as its own distinctive aura.” — Nobuyoshi Araki