Girls and Boys With Their Color-Coded Things

At some level, we might all be conscious of the associations we’ve created between colors and genders. Blue is for... 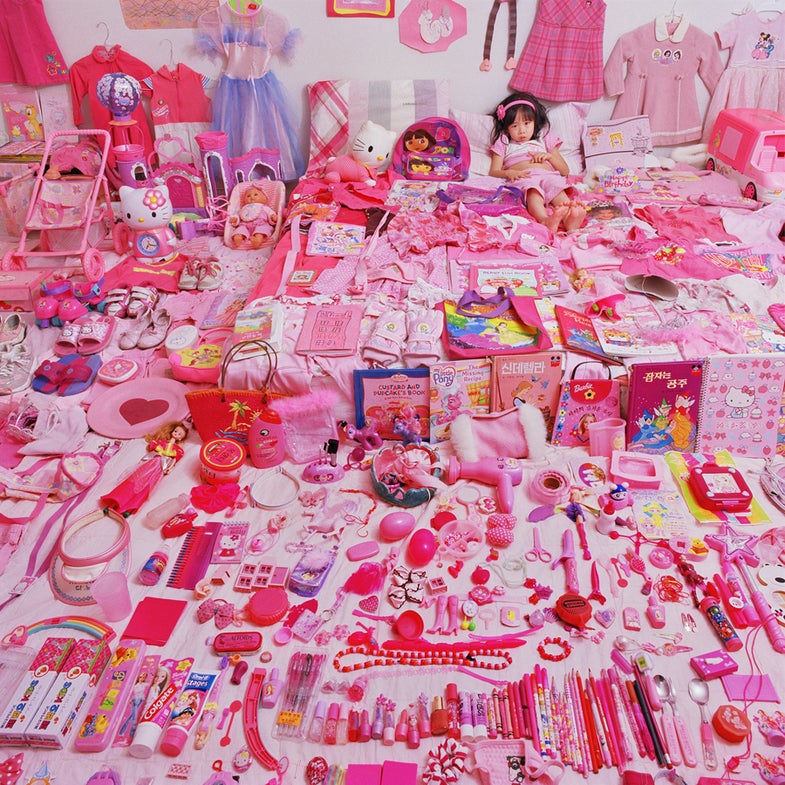 At some level, we might all be conscious of the associations we’ve created between colors and genders. Blue is for boys, and pink is for girls, right? A project by South Korean photographer JeongMee Yoon is exploring these associations, and presenting results that are surprising for showing how deeply that idea has been ingrained.

“The Pink & Blue Project” is part photographic work, part anthropological study: by photographing in the rooms of young children, Yoon is showing the way that contemporary culture has played up the relation between gender and color. It’s not just America, though—Yoon has also taken many photos in her home country of South Korea.

A look at the artist statement reveals an interesting fact about the development of the association between genders and colors. According to Yoon, in the early 20th century the roles were reversed—in 1914, an American newspaper pink was advising its readers to “use pink for the boy and blue for the girl, if you are a follower of convention.” Yoon goes on to describe her experience with her own children, where her daughter will only play with pink toys, and although her son “does not seem to particularly like the color blue over other colors, whenever we shop for his clothes, the clothes he chooses are from the many-hued blue selection.” It’s safe to say that Yoon has done an excellent job of taking a small realization from her personal life and turning it into a project commenting on much broader issues. 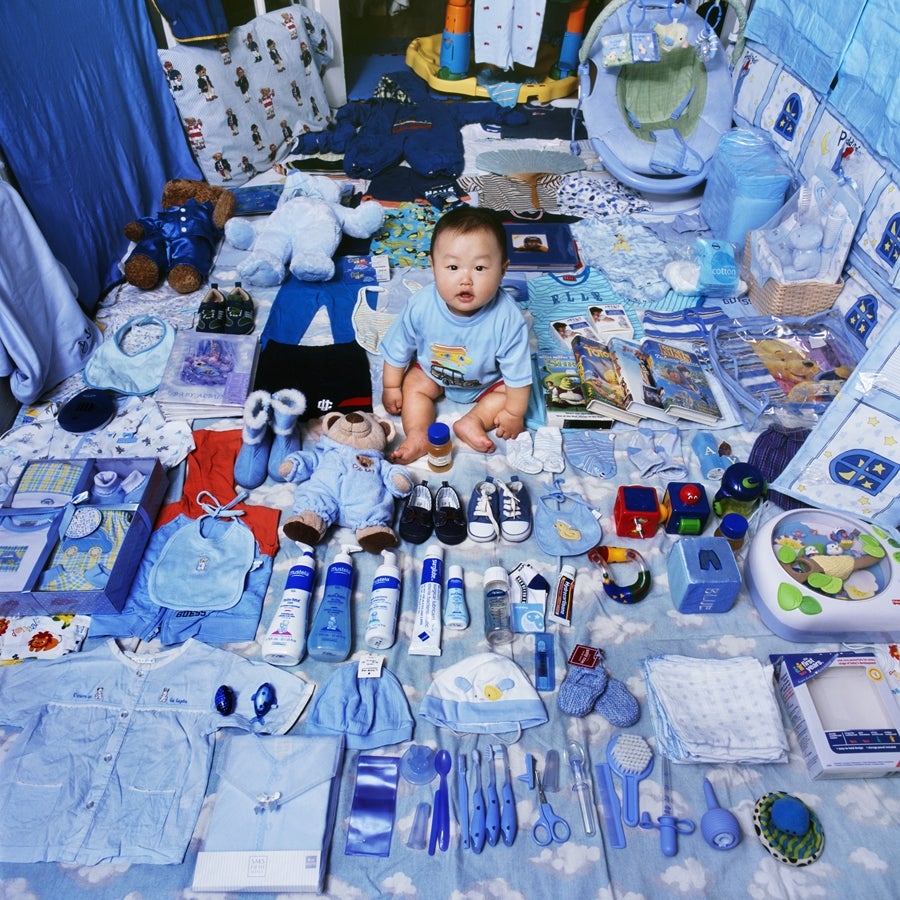 There are a few ways you could look at these photos. On the one hand, I’m struck by the sheer volume of possessions that these kids have. The way that the photos are set up, with piles of stuff almost always reaching the edges of the frame, emphasizes this. I ask myself, do kids really need this many things? Is this a normal amount of things to have?

At the same time, these are slightly goofy portraits of children. I wonder what they thought about someone coming into their room, rearranging their possessions and asking them to pose! Some of the boys seem quite game, striking a pose as if surveying their domain. Most of the kids seem comfortable enough, though. Then, of course, the photos can practically overpower you with color; I might have known on some level that we’ve made pink and blue “feminine” and “masculine” colors, but it’s still a bit of a shock to see the point made so bluntly.