From contemporary compacts and camera phones, to the unparalleled classics 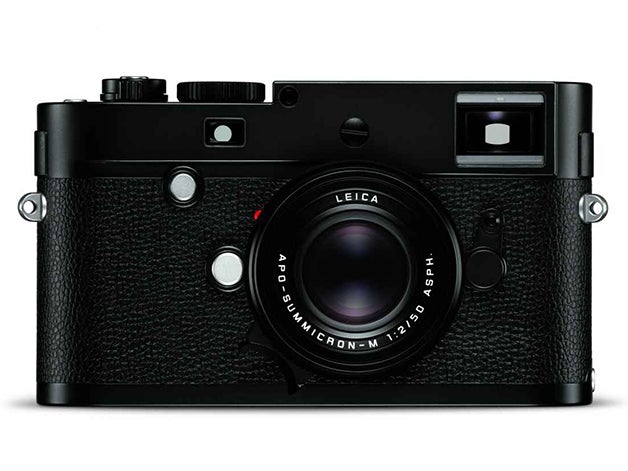 The progression of camera technology from the late 1800’s and early 1900’s through today has steadily made street photography easier to accomplish. Focusing distance scales on lenses make it easier to grab shots without adjusting focus through a finder or on ground glass. Advancements in film sensitivity, and later the sensitivity of digital sensors, have further expanded the realm of acceptable shooting conditions. Smaller and less noticeable cameras have helped shooters attain truly candid moments. Finally, cell phone cameras have allowed a vast number of people to capture scenes at a moment’s notice and often without being noticed. Here are 10 examples of cameras that have helped define street photography through the years.

We haven’t found absolutely conclusive evidence that Strand used this particular camera for the shot. However, his use of this camera in that time frame is well known and the details of the print have led us to believe that it is the camera used for the shot. Originally sold in 1905, the Idento is a folding camera that could be used to shoot glass plate negatives of varying size, though Strand is believed to have shot on 3 1/4 x 4 1/4 inch plates. The camera could also accept various film holders sold at the time. Shutter speeds ranged from 1/2 second to 1/100 second with an option to hold the shutter open as long as the photographer wished (which we now know as Bulb mode). According to Anthony Montoya, former director/curator of the Paul Strand Archive, Strand used a prismatic lens for this shot to avoid being seen shooting.

Everyone can agree, though, that she made many wonderful images. While she used multiple cameras throughout the years, lots of people associate her with twin lens reflex cameras. She is known to have owned a Rolleiflex 2.8C. Introduced in 1952, the year after Maier moved to New York, the 2.8C employed a Schneider Xenotar 80mm f/2.8 taking lens and a Compur Rapid MXV shutter with a self timer.

With a lens that swings as it captures an image, the Widelux provides a view of the world unlike most 35mm film bodies. Known to be a favorite of the actor and living embodiment of zen Jeff Bridges, it was also used by the noted photographer Harold Feinstein, who includes some wonderful examples of panoramic street photography on his blog.

Like the Nikon Coolpix A and Ricoh GR of today, this Contax joined cameras such as the Nikon 35Ti and the original Ricoh GR, to offer a true high-end shooting experience in a small camera. The T3 also boasts a good-looking and durable titanium shell. While there’s autofocus, the camera also has a manual focus option that will work well with zone focusing, if that’s your thing. Plus, the top shutter speed of 1/1,200 second improves nicely on the T2’s top speed of 1/500 second.

The body is on par with pro-DSLRs with integrated vertical grips in terms of size. With an 80mm lens, the Mamiya 7II weighs 2.6 pounds– not bad for medium format. A true rangefinder, the 7II has automatic bright line selection for 65mm, 80mm, and 150mm lenses. The lenses have leaf shutters and the body has a dark slide so you can change lenses while film is loaded. If 65mm (32mm equivalent) isn’t wide enough for you, there are 50mm and 43mm options, though they require separate finders. On 120/220 roll film, the Mamiya 7II makes 56 x 69.5mm images. A 35mm panoramic adapter lets you use 35mm roll film in the Mamiya 7II to create 24 x65mm images.

Indeed, there is something very special about using a Leica that is not easy to put into words. Beyond that special something, these cameras are also built to last. You can still buy a working Leica from the 1930’s on eBay and hit the streets to capture the hustle and bustle of the world. It is said that Winogrand’s wife sold his the last M4 he used to a family friend so that it would continue to be used after his death.

While not the first cell phone to let you make images, the iPhone ushered in the notion of really embracing the cameras built in to the various devices we carry with us everywhere. Furthermore, successive generations of iPhones have continued to improve on the built-in camera in meaningful ways. The latest and fanciest, the iPhone 6 Plus, includes an 8MP sensor with built-in phase detection, an f/2.2 maximum aperture lens, and optical image stabilization.

Recently, DxOMark named the Samsung Galaxy S6 and S6 edge the best smartphone camera; the two models share the same camera module and software. The S6 has a 16MP sensor and a fast f/1.9 lens with optical image stabilization. DxOMark notes that the camera has, “very fine detail and low noise levels when shooting in bright light,” and has, “a good level of detail preserved in low-light shots.” They also note that it has fast autofocus and, “nice white balance and color in all outdoor conditions.”

Indeed, it is lightening fast. If you’re looking to shoot on the street and are on a budget, the A6000 makes a nice choice. Plus, if you use your smartphone with Sony’s PlayMemories Mobile app to control the camera, you can get all the benefits of stealth that come with smartphone photography with the better image quality that comes with the A6000’s larger APS-C-sized sensor. If you’re not on a strict budget, Sony’s A7 series offers even better image quality with the full-frame sensors found in those models.

While the cameras don’t use a rangefinder for manual focusing, they do let you display a distance scale with an indication of depth of field on the LCD screen and/or in the electronic viewfinder. The company is clearly looking to satisfy the yearnings of shooters who admire, but can’t afford, a Leica. Fujifilm even makes an adapter to use Leica M glass on their bodies. But, given the selection and exceptional quality of Fujifilm’s X-series lenses, you might be tempted to sell off any Leica lenses you have to fund your new Fujifilm habit.