With this camera, you can carry on in the tradition of street photography that goes back to the 1930s 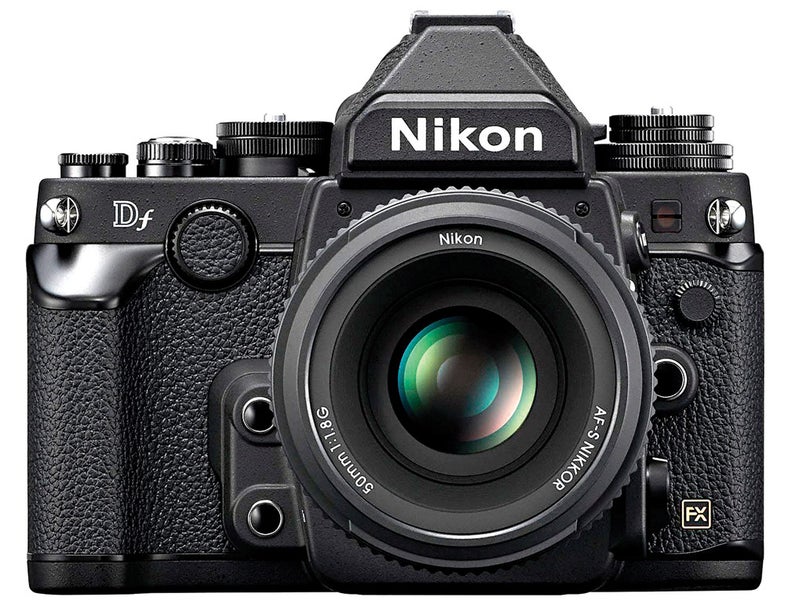 The Nikon Df is as close as you can get to a simple, old-fashioned film SLR with a full-frame digital sensor: something for which many have long clamored. It looks and feels like a proper camera, rather than a half-melted plastic ashtray. Its body, built on a light-alloy chassis, has the right weight and shape, with the right control layout and proper shutter and ISO dials with engraved and filled numbers. Better still, the Nikon Df takes proper manual focus lenses all the way back to 1959.

Dive into the menus, though, and it’s another camera entirely, a modern autofocus DSLR with just about everything you might expect except video and built-in flash.

When I got it, I waded through the ridiculously thick and ill-organized user manual, customizing the functions I thought were useful and making notes on a few others. Then, I started to take pictures, lots of pictures. The Nikon Df is a camera that makes you want to take pictures and to look for pictures to take, and you can’t ask for more than that. Ignore all the stuff you don’t want to be bothered with, or don’t want to be bothered with yet, and just start shooting.

Admittedly, it’s distinctly bloated next to a classic vintage film SLR, and of course it has many more buttons, dials, switches, and knobs; don’t let anyone tell you it’s a “digital FE.” But stand it next to a Nikon F with F36 or, worse still, F250 motor drive, battery pack, intervalometer, and Photomic finder with Photomic Illuminator, and it looks positively svelte despite having the equivalents of all these (and more) built in.

Also, because it follows the Nikon custom of using single-function buttons rather than menus wherever possible, you can ignore many of the controls most of the time. I have yet to find much use for i, info, or Fn; I do not care for auto-bracketing. Since I reassigned the rear setting dial to set the aperture on autofocus lenses, I have not used the front setting dial. There is, however, mercifully little danger of accidentally pressing two buttons at once and suddenly finding yourself in auto-bracket candlelight action portrait mode, with no obvious way of going back to “usable camera” mode. The controls are mostly pretty intuitive. You seldom need that monster instruction book.

Of course, not everyone will like its retro styling and haptics—haptics being a trendy new word that embraces both ergonomics and “feel.” A few may bemoan the lack of video and built-in flash; many will be unhappy with the price. With just 16 megapixels (roughly the equivalent of 35mm under anything other than ideal conditions), it is comparable in price with the 36MP D800. The Df costs what it does because it’s not mainstream, not a clone of everything else on the market. It’s a gamble. If it doesn’t come off, and the Nikon Df is discontinued, it will rapidly become a cult camera, probably selling secondhand for more than its new price.

Now, I needed a new DSLR anyway, and I’d narrowed the choice down to the Df and the D800, a camera firmly in the melted plastic ashtray school of design and the computer nerd camp for haptics. Also, the files from its 36MP sensor take forever to process. So I bought a new Df from Gray’s of Westminster in London.

Because I’ve been using Nikons for close to 40 years, I don’t know exactly how many lenses I’ve got, but they range from 14mm to 600mm. Several are unusual or special-purpose: fisheye, macro, soft-focus, high-speed, compact, perspective-correction, flash-coupled… That’s before you start on the pinhole, zone plate, bellows, and more. Because I already had so many lenses, I was initially annoyed that in the United Kingdom the Df is sold only with a “Special Edition” AF-S NIKKOR 50mm f/1.8G lens. I could have done without the extra expense. But as soon as I started to use it, I was glad I was forced to buy it. It’s surprisingly good and very unobtrusive.

Unobtrusiveness matters. There seems to be a firm connection in most people’s minds between big zooms (and big cameras) and wicked paparazzi. The Df, with its small body and small lens, doesn’t seem to worry them. With it, you can carry on in the tradition of street photography that goes back to the 1930s. I can pay it no higher compliment than to say that I am as happy to use it on the street or on the London underground as I am to use my Leica rangefinder cameras.

Low-light candid photography is made all the easier by the Nikon Df’s excellent high ISO performance, a consequence of the relatively low pixel count on a full-frame sensor. Even at ISO 12,800 it’s surprisingly good, and if you’re desperate and use H1 (25,600) to H4 (204,800) you can get tolerable monochrome, though H4 color quality is dismal, with gruesome purple blacks. Even so, it gives the hitherto improbable option of handheld pinhole photography. After a couple of lucky accidents I put an old Tewe finder on top so I could see where the camera was pointing.