Possibly the most versatile camera ever 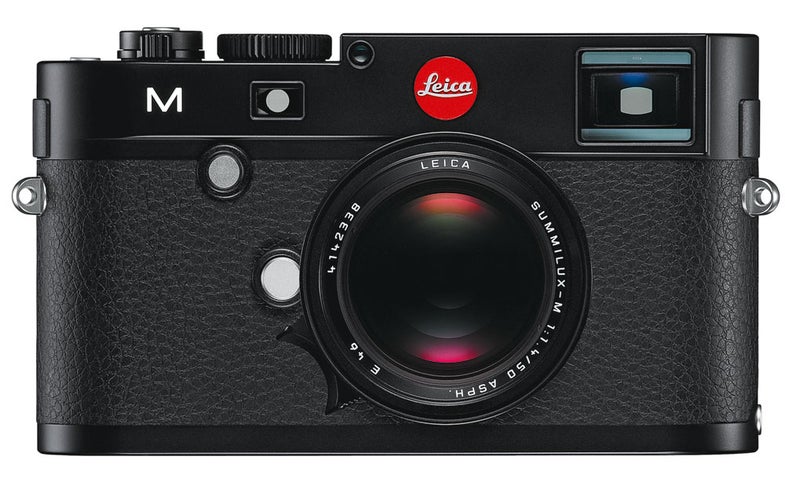 Camera reviews are rarely occasions for existential reflection. We expect to read about what the camera can do. But the Leica M (also known as the Typ 240) elicits deeper questions: How versatile should a camera try to be? How far from the mainstream dare it stray? What sort of pictures do we want to take with it? How much should it cost? Soon we are in really deep water: What sort of people are we? Why would we (or anyone) buy an M?

The Leica M raises such questions for at least three reasons. First, it’s nearly $7,000. That’s before you add the EVF-2 electronic viewfinder ($500+) or put a lens on the front. Second, it’s the latest in a lineage of (non-reflex) cameras that goes back to April 1925, when the Leica was introduced. The M still closely resembles the M3, of 1954. It also accepts almost all Leica lenses ever made, right back to 1931, when the Leica flange/film register was standardized. Third, although rangefinder cameras ruled the small-camera roost until the 1960s, the introduction of the Nikon F in 1959 marked the beginning of the ascendancy of the SLR and later, of course, the DSLR.

So, is the M just an expensive piece of history? No. It is about as far from outmoded as it is possible to get. It is arguably as big a leap from the M9 (Leica’s previous flagship model) as the M3 was from the IIIf 60 years ago. It is unique, really: It has no real competitors. If you can get over the price, you may well find the Leica M to be one of the most versatile cameras ever made.

The enormous difference is the replacement of the CCD sensors of previous digital M-series (the 10-megapixel M8 and M8.2, and the 18MP M9) with a 24MP CMOS sensor. This allows live view on the back of the camera, which without autofocus (or a tripod) can quickly become an exercise in frustration. But add the EVF-2, turn on the focus peaking, or increase the viewfinder magnification to 5x or 10x with the thumb-wheel, and the M can do pretty much everything a DSLR can, while still retaining the fast, bright, easy-to-use coupled rangefinder.

In fact, it goes further. Because the flange-to-sensor distance of a Leica is so small (27.8mm), you can put any SLR lens ever made on the front with a simple mechanical adapter—essentially, just an extension tube—and then focus it using the EVF-2. Scale focusing was always possible, of course, but now you have the ultimate full-format compact system camera.

In a sense, there is still an M9 lurking behind the Leica M; the new camera does almost everything its predecessor can do. The only omissions are the USB download port and the frame preselector that allows you to override the frame selected by the lens (I found myself reaching for this feature once or twice, but its absence is hardly a deal breaker).

Clear improvements include the 24MP sensor, up from 18, and a maximum ISO of 6400 instead of 2500. Hidden in the menus, a “horizon” option allows you to level the camera perfectly on both horizontal and line-of-sight axes. With the right tripod head, this can be extremely useful. And the screen on the back is much bigger, which comes with the small disadvantage of shoving the multi-switch to the right, making it harder to pick the camera up without pressing the info button.

Other changes are either neutral or of modest appeal. The controls on the back of the Leica M carry labels on the buttons instead of beside them—only long, hard use will tell whether the writing will wear off—and the revised layout is overall an improvement. The addition of video capture (a first in the M line) marks an improvement in the unlikely event that you want to shoot video with a rangefinder camera. For pictures straight from the camera, the menu options of vivid color film, smooth color film, and black-and-white capture may be of interest. And the camera shows the ISO automatically in the viewfinder until you touch the shutter release to activate the meter—this annoyed me at first, but I soon got used to it.

More disputable are the benefits of the viewfinder frame illumination. Unlike all previous M-series Leicas, this new model uses an LED instead of available light through a window on the front of the camera. You can select white or red frames (an unexpected advantage), and it allows automatic dimming of the frames in poor light without losing them altogether. But the frames disappear after about 30 seconds, so if you raise the camera to your eye without touching the shutter release, you see no frames at all. This worried me less than I expected, but then, I can almost instinctively visualize the coverage of my favorite lenses.

Overall, the LED illumination strikes me as a step back. Allegedly it makes the rangefinder patch less prone to flaring out, but that’s hard to provoke in the M9 anyway. It also draws extra battery power. The battery looks big enough for a small motorcycle, but it does not provide enough juice to shoot hard all day.

After this, there are a couple of niggling drawbacks. The M still has the awful combined power/drive switch of previous digital Ms, so you can inadvertently select series-exposure (continuous or burst shooting) or self-timer (delayed action) instead of single-shot. A simple fix providing menu options for disabling the series release altogether and setting a zero delay time for the self-timer could cure this.

It may be unique to my review sample, but I found the shutter release too sensitive. Even after a couple of months, I kept inadvertently taking pictures of the ground after I’d lowered the camera to check the histogram: I set it so that “review” (or “chimp”) is on until I release the shutter button. You can also choose fixed periods, or turn off review altogether.

With the EVF-2 fitted, I sometimes confused myself with the choice between the EVF, live view on the back, and review. It’s a question of habituation, no doubt, and the EVF is a wonderful innovation, but sometimes I yearned for the simplicity of the M9.

The more I used the Leica M, the more I thought of the analogy of a Range Rover. The original 1970 Range Rover was basically a deluxe version of the classic Series Land Rover—a big, solid, simple, off-road vehicle. As it became more complex and luxurious, it started to appeal to a different market: people who might never need, or even really care about, the limits of the Range Rover’s off-road performance. On rough going, with the right wheels and tires, today’s Range Rovers are as capable as the originals, and they are a good deal more forgiving of inexperienced drivers. But they’re not the same.

The M struck me the same way. After a fairly short learning curve, I could pick up my M8 and use it in very much the same way I use all my film M-series: M2, M4-P, MP. The M9 was a full-frame M8, with a couple of detail improvements. But the M is a very different camera.

Will I, as a not very rich professional, buy an Leica M? I’m genuinely not sure. If I were new to Leicas, and if I could easily afford it, then yes, almost certainly. As a longtime Leica user—one who has to think about the money and already has an M9 that is only four years old—I don’t know. Yes, the extra features are well worth having, but I’m not keen on the extra complexity, even though to anyone who is not used to Leicas, the M doesn’t look much more complex than an M9. If (God forbid) my M9 were stolen tomorrow, I’m really not sure that I would automatically replace it with an M and not an ME, a slightly stripped-down M9 (the E is for “Economy”). When I was younger and used a wider variety of lenses, I’d probably have gone for the M over the M9 or ME. Everything depends on what sort of person you are, and what sort of pictures you want to take, so think hard before you choose between an M, an ME, an M Monochrom (the black-and-white-only version), a secondhand M9 (or M8/M8.2), or a film Leica—the M7 and MP are still available new.

A simple warning: Leicas can be seriously addictive. Once you handle one, there are only two possibilities. Either it will leave you cold, or you are going to want one. If it’s the latter, you’ll almost certainly buy a Leica sooner or later. A ratty old film M for a few hundred dollars may be all the Leica fix you ever need. But equally, you might one day find yourself in a Leica store, heart beating fast, palms sweating as you contemplate handing over your credit card for a $7,000 Leica M. I can’t tell you how you will react. All I can do is warn you.