Elinor Carucci On How to Get Close

The fine art of photographic intimacy 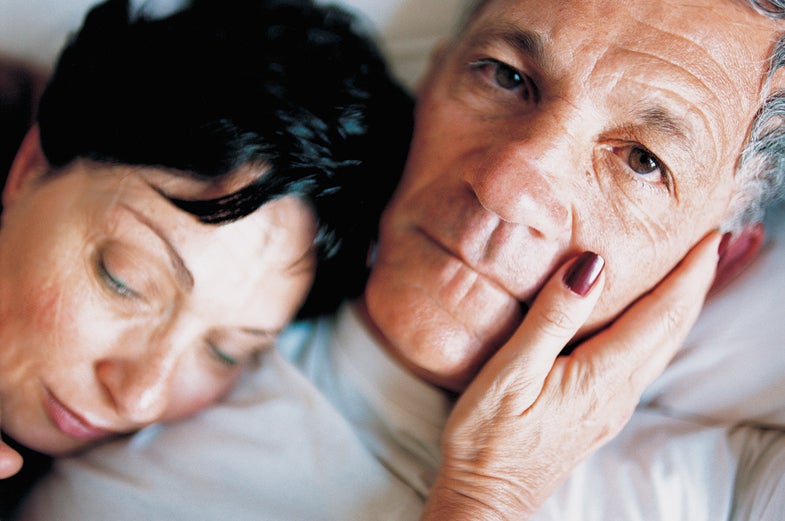 Everything is personal for Elinor Carucci. If you ask her for an interview, for example, there’s a chance she might invite you to her home in New York City. If you arrive, say, voiceless with laryngitis, she might offer you tea. Sitting in her living room, you may notice the panels of black seamless next to kids’ drawings amid copies of her monographs and bikes mounted on the exposed brick wall. You may sit on a low sofa and sip green jasmine together. In five minutes you will have become like old friends.

You will have been wrapped in the warmth with which she greets family, friends, photo subjects and students—with which Carucci meets all aspects of living, even the most painful.

“I try to be very nurturing. I think it comes both from the culture of Israel—the Jewish and the Israeli culture,” says the Jerusalem native, who immigrated to New York in 1995 at age 24 to pursue photography. “And a lot is the personality of my parents, who are very warm. Even the nudity shown in my photographs and the intimacy are more common in Israel, I think.”

It’s true, Carucci’s work can be jarring to the unprepared American eye, but not because of the nudity or images that expose moments of family life that usually stay behind closed doors—Dad in his underwear; Junior’s face in a tearful, mucusy sheen post-meltdown; Mom’s sutured belly and sore, swollen breasts. There is an intensely interior quality in her photographs and a willingness to look unflinchingly at even the most painful aspects of living. What gives us pause is the way she looks so deeply and with such affection at the messiness of life we usually rush by, or would just as soon forget altogether.

This sensitivity is a quality that, for Carucci, is both a blessing and a curse in her work as a fine artist, an editorial photographer and as a graduate program faculty member at the School of Visual Arts in New York. In the mid-1990s, a naïve newcomer to the city (after three years she still felt new to it), the competition and the constant knocking on gallery doors got under her skin: “I was crying all the time. I called my mom and said, ‘I can’t do this—it’s so, so hard.’” Her mother’s advice: Don’t come back.

It was a now-or-never moment, and, Carucci says, “those are the things that are really hard to do later in life.” (Happy ending: She gave it six weeks, during which she landed a show and representation with the Ricco Maresca gallery, and a career was launched.)

The magazine world came calling when her personal work started to be acknowledged in the art world through gallery shows and her publications: the debut monograph, Closer (Chronicle, 2002) and Diary of a Dancer (Steidl, 2005), her documentation of her day job as a belly dancer when she first moved to New York. (Her most recent book, Mother (Prestel, 2013), is the third installment in her decades-long, highly personal deep dive into the human experience.

“In the beginning I actually turned down some editorial jobs because I was so insecure,” she says. “The way I work allows for mistakes and for bad days where nothing comes out; it’s very private and very sheltered—it’s hard to make a good picture, and even harder to make a body of work that’s meaningful and complex. I was afraid that I didn’t have the technical ability to do editorial work.”

Around that time, George Pitts (then photo director at Life and current faculty member at Parsons The New School for Design) offered some valuable perspective. “He was like, ‘So you’re an artist, you’re not shooting for magazines?’” Carucci says. “What he heard was a kind of arrogance. And god knows I needed the money. So I did take an assignment.”

After those first assignments, Carucci noticed that her personal work brought editorial assignments, and those assignments sat right in her wheelhouse. Stories for Wired, The New Yorker and The New York Times Magazine focus on families going through difficult times. The roundabout marketing anti-strategy suits her just fine: “You can’t have all the world,” she says. “You have to have a focus and know what you’re putting most of your effort into chasing after.”

At the same time, she says, seeing other people’s pain never gets easier. At one point while shooting a family grappling with the complexities of having a son with pre-psychopathic symptoms, she was moved to tears. “There was something about the father and son that was very emotional for me. Suddenly they hugged in the living room, and I was choking down tears,” she says. “The whole story was heartbreaking. I’ll never forget this story.”

How does that deep empathy translate in the classroom? “Teaching is interesting because as a teacher you also have to be tough,” she says, stiffening her upright ballerina-like posture and faux-karate-chopping the coffee table. “You have to say when the work is not good. Sometimes it’s easy with students who are very open. I would much rather come to class and tell all the students what they do is wonderful, but this is not what they really need all the time. So there is a balance.”

All told, seeking connection through the camera—whether as photographer or subject—is at the heart of what she does. “When I share my insecurities and flaws, they share theirs with me. Then I feel that everything is OK,” she says with a laugh.

While she believes that being vulnerable is an important part of creativity, Carucci knows that hers is not the path for everyone. “Find your voice,” she advises students. “Find out what to keep fighting for, and when to let go. Find a way to make an art career be a positive thing. Endure the negative times and try to find what’s right for you. It’s easy to say, but a lifelong challenge.”

When she needs to, Carucci says, she takes a break—from the networking that goes with building an art career, and even sometimes from making pictures. It may be for a few weeks, a few days or an hour for a mug of tea. Follow her advice, and you may find that your voice has returned.