Putting a face to the figure of 4 million refugees 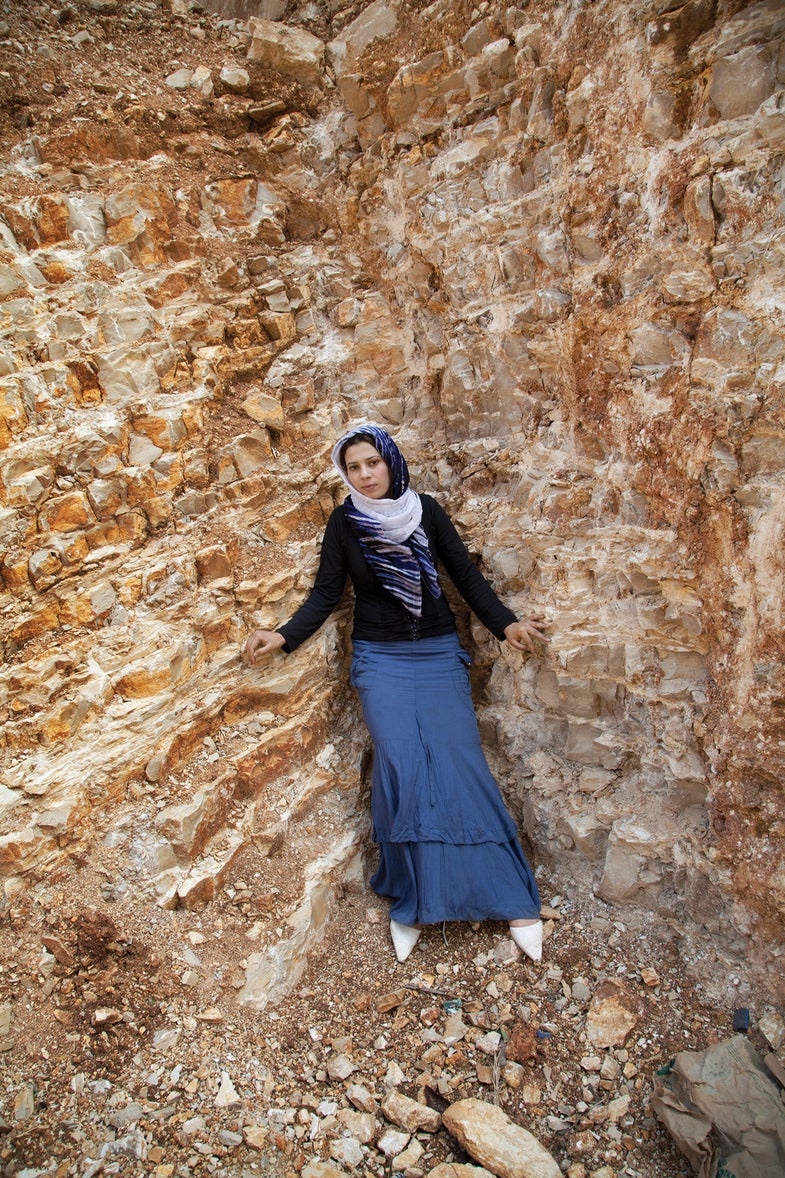 In the spring of 2013, photographer Elena Dorfman embarked on a six-month journey to document the Syrian refugee crisis for the United Nations High Commissioner for Refugees (UNHCR). The shattered dreams, hardships, and longings of teenage refugees captured her attention, inspiring intimate portraits and audio recordings of young subjects throughout northern Iraq, Jordan, Egypt, Lebanon, and Turkey. A multimedia installation of “Syria’s Lost Generation” is currently on view at the Simon-Skjodt Center for the Prevention of Genocide at the United States Holocaust Memorial Museum through January 2016. From her home in Los Angeles, Dorfman reflected on her experiences traveling abroad and producing this compelling body of work.

You’ve worked extensively both as an editorial photographer and as an artist addressing a diverse range of subjects such as the culture of horse-racing and jockeys, the unconventional emotional and sexual bonds men and women form with synthetic dolls, the fantasy world of the “cosplay” subculture, and more recently, the rock quarries of the Midwest. How did your relationship to the UNHCR evolve and ultimately lead to a commission of social documentary work about Syrian refugees?

Many years ago I worked in Europe with a woman who is now the Chief Spokesperson for the UNHCR. In 2013 we reconnected and she invited me to work with the agency on a project in the Middle East helping to shed light on the Syrian refugee crisis through pictures. Because of my work as an editorial and fine art photographer, she believed my approach to the subject matter could offer a different sensibility to the imagery being produced in the region. Although my fine art work over the last decade has focused on non-traditional subjects, I always strive to tell a story that respects the individual—or, more recently, the landscape. Also, I began my career as a documentary photographer so this was a return, of sorts, to my roots.

Once you understood that you wanted to focus on the experiences of teenagers, how did you find your subjects and encourage them to share their stories?

Once I realized that the young refugees had important things to convey about their experiences, their current physical surroundings and emotional lives, I reached out to the UNHCR network to help connect me. I also found my subjects more informally–while walking down the street in Beirut, at a community center in southern Turkey, in vast refugee camps, and simply by following leads. There were several key UN information and registrations officers who, once I put the word out, worked tirelessly to track down subjects, arrange interviews, translate, and even help me with my gear. I really have them to thank. Once I established a relationship with the teens they were all eager to open up. They had been sitting in silence, overwhelmed by the traumatic shift in their lives and they needed to tell their stories.

Can you describe the kinds of situations or dwellings in which these young refugees are living? What’s a typical day like for some of them?

It’s an understatement to state that the Syrian war and subsequent displacement of more than ten million people is a tragedy. I found the subjects that make up “Syria’s Lost Generation” are in myriad living situations and states of emotional distress. All of these kids were normal teens doing normal teenage things before the war began. Now, having lost track of their friends and often their families, they are scattered across the region that is buckling under the weight of refugees whose needs are dire.

The majority of the teenagers took nothing with them when they fled. With slight variations, their days consisted of helping their families find food and work, watching over their siblings, and staring out of the window—if they had one. Mostly, they worried. They were bored and despondent. Not one of the kids was in school and only two had been able to bring their books with them. They all told me that their futures were lost.

For those who view these portraits and listen to the stories told by these teenagers, and who are moved to help, what are some concrete steps they can take to make a difference in the lives of Syrian refugees?

Donations can be made to the UNHCR and Doctors Without Borders.

World Vision is helping in Lebanon with projects to give refugees access to clean water and sanitation. They are also in Jordan, providing basic emergency supplies, water, sanitation, and education for refugees. In Syria, they are delivering water and health services. You can support them with an online donation or by calling 1-800-562-4453.

In August, the World Food Programme provided food to more than 2 million people inside Syria. They have also fed more than 1 million Syrian refugees in Jordan, Lebanon, Egypt, Iraq and Turkey. Their hope is to provide food assistance to 6 and a half million Syrians by the end of the year. You can help them achieve this goal with an online donation.

International Rescue Committee is helping refugees inside Syria and in the bordering countries with medical and emergency supplies. In refugee camps they are providing water, sanitation and education services. They are also offering counseling, safety and support for women and girls at risk. You can help by donating online or by phone at 1-855-9RESCUE.