Sometimes the best photojournalism reveals a story that’s hiding in plain sight. In Mustafah Abdulaziz’s series “Water Is Gold,” the... 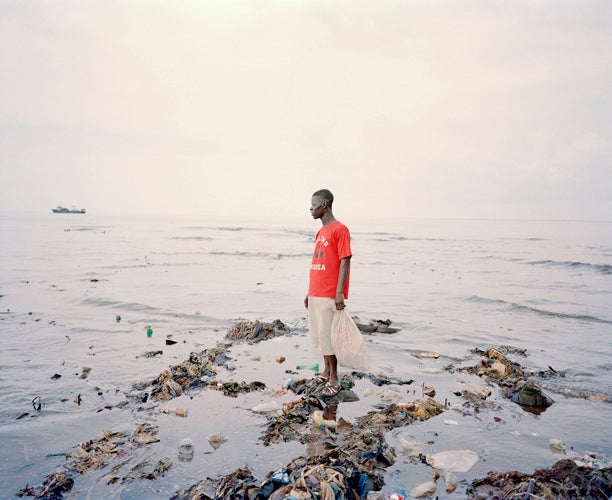 Momoh, 33, collects plastic bottles from the polluted beach of Kroo Bay, a poor slum settlement of 5,500 people in Freetown, Sierra Leone. The cholera outbreak of 2012 struck hardest in the slums, where crowded and unsanitary living conditions and unsafe water sources allowed the disease to spread rapidly through the densely populated areas. Momoh supports his family of 3 by collecting bottles from the rubbish along the waterways and filling them with chemicals from photographic studios for sale as a balm for skin irritations and skin lightening. As one of the world's poorest countries, unemployment for men in Sierra Leone is high. November 26, 2012.
SHARE

Sometimes the best photojournalism reveals a story that’s hiding in plain sight. In Mustafah Abdulaziz’s series “Water Is Gold,” the story is something so simple, so easily taken for granted, that its power lies in the sudden, almost embarrassing moment of recognition: for millions living in Sierra Leone, access to something as seemingly simple as clean water is a life or death issue.

Of course, in Freetown, a city of two million “built to support less than half” that number, water’s lack is anything but simple. 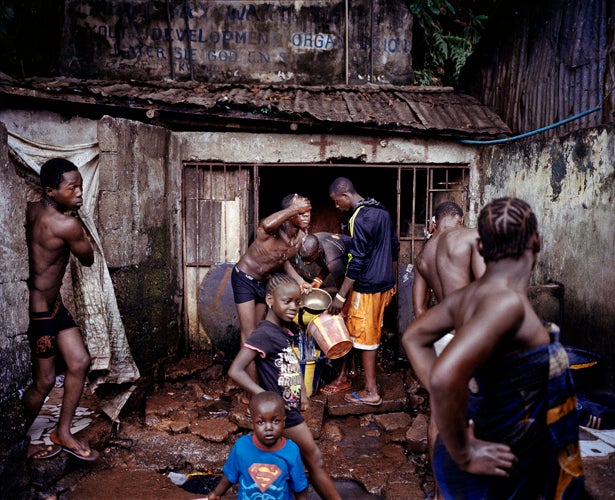 In the Kroo Bay slum, where cholera struck hard, a boy washes in one of the two water points that services the approximate 5,500 inhabitants. The area is without access to clean water. Efforts to chlorinate these water points through the slum face behavioral challenges from the population: cholera and other water-borne diseases thrive in these conditions, chlorine in the wells degrades as they are used and the buckets used to retrieve the water are often dirty. November 27, 2012.

Abdulaziz, a seasoned photojournalist published in the Wall Street Journal, New York Times and Newsweek went to Sierra Leone on a Pulitzer foundation grant in the aftermath of the country’s most serious cholera outbreak in history. In 2012, 20,736 cases and 280 deaths were reported to the World Health Organization; the actual number is probably far higher. 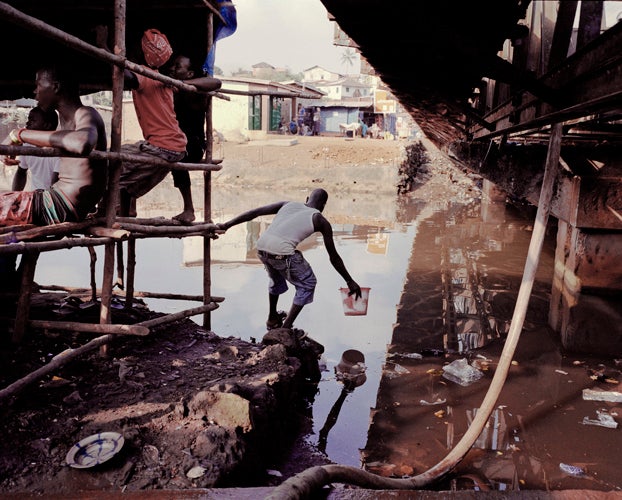 A man collects water from the polluted river running through the Grey Bush slum of Freetown. The sources for water are limited and while international aid organizations have created temporary solutions in stand pipes, the issue of sanitation and water has yet to be resolved. November 30, 2012

There, he trained his 6 x 7 camera on the realities of life. The photos are honest without being sensational—the vivid realities depicted easily speak for themselves without any further embellishment.

Abdulaziz is an American living in Berlin, and his talent for coaxing rich stories from diverse subjects extends to his home country. His project “Memory Loss” is the result of a trip across the States, documenting how the American dream has both changed and endured. Great stuff.

See more of “Water Is Gold” on Abdulaziz’s site. 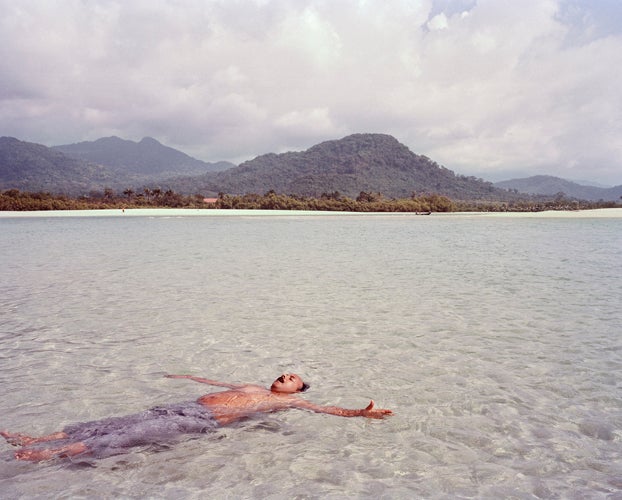 A tourist from New Delhi floats in the clean water of River Number 2, a beach 16 kilometers south of Freetown and typically populated by tourists and aid workers. November 25, 2012
Africa
American Photo
Photojournalism
Water