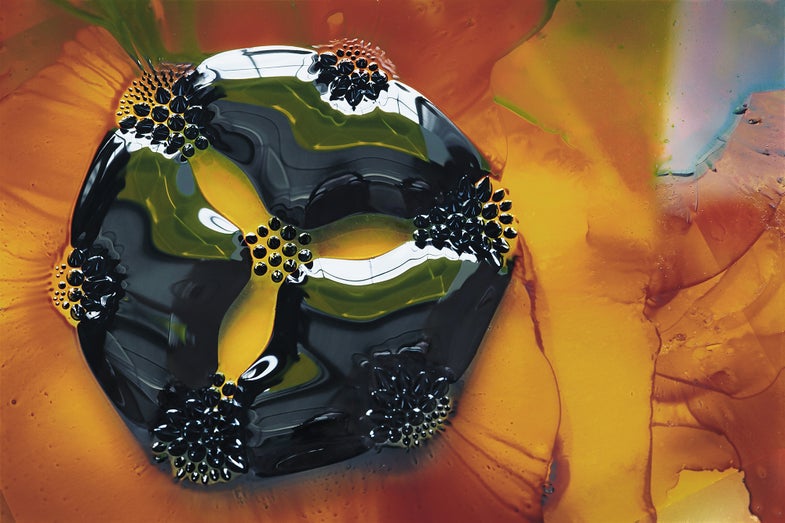 If you want to explore the fascinating relationship between photography and science, the Massachusetts Institute of Technology has long been a great place to start. If you plan a visit anytime between now and March 1, 2016, you’ll be able to view an exhibit called “Images of Discovery: Communicating Science through Photography” at the MIT Museum. The show centers on the work of three photographers: Harold “Doc” Edgerton, Berenice Abbott, and Felice Frankel; all of which have ties to the university itself. Edgerton obtained a master’s degree in electrical engineering, as well as his PhD from MIT before going on to become a professor there. Abbot worked at MIT in the 1950’s to create photos for a new physics curriculum for high school students. Frankel is currently a research scientist in the Center for Materials Science and Engineering at MIT.

“Images of Discovery” marks the first time that the MIT Museum has designed an exhibition with interpretive and interactive aspects alongside a more traditional gallery show. For this exhibition, images made by photographers will be hung in a traditional gallery setup, juxtaposing stations with more information about the photographers’ techniques. This approach will allow visitors to dig deeper into the image-making process, and the stations will aim to let visitors create their own images, which are then posted to the museum’s Flickr feed.

In designing the interactive stations, the museum had to carefully choose a technique from each photographer that would inspire visitors to make their own works based on the originals. “We don’t want to make it impossible,” says Susan Anne Timberlake, senior exhibition developer, in an interview with American Photo. “The Berenice Abbott bouncing ball is a good example. It’s still challenging to get an image that looks like hers. There are issues of timing and sometimes the ball doesn’t bounce the right way. We’ve seen people trying it again and again and experimenting with the timing. They have a goal in mind of what they want the picture to look like and they are making repeated efforts to create that. In that regard, it’s been a success.”

Berenice Abbott might be better known for her documentary photography, and is the first photographer to have a photo grace the cover of Time magazine. During her time at MIT creating the aforementioned images for high school physics students, she built on some of the techniques championed by Edgerton.

Edgerton, while exploring the effect of electrical surges on synchronous motors, discovered that you can use strobes to observe rapidly moving things, such as the moving parts within a motor. He later applied this technique to myriad other subjects, including his most recognizable image of a drop of milk splashing to create what looks like a small white crown.

Felice Frankel’s science photography has been featured in just about every form of visual media—magazines, textbooks, television, etc.—and mixes a sumptuous appreciation for aesthetics with an informative illustration of scientific principles. In addition to her research and image-making, Frankel teaches MIT students how to better use photography within the fields of science and engineering. In her image of ferrofluid (magnetic iron suspended in oil), Frankel used multiple magnets to create a pattern of magnetic fields. The ferrofluid is then pushed by the magnetic fields into the pattern shown in the photo.

According to MIT Museum Director John Durant, “the making of images remains central to our ability to make new discoveries… from Galileo’s use of his own hand-built telescope to explain the movements of the earth and other planets, to the latest imaging technologies in everything from nanotechnology to neuroscience.”