To most people, Ansel Adams is the Beatles of photography: accessible and recognizable to everyone, widely influential, impossible to dislike.... 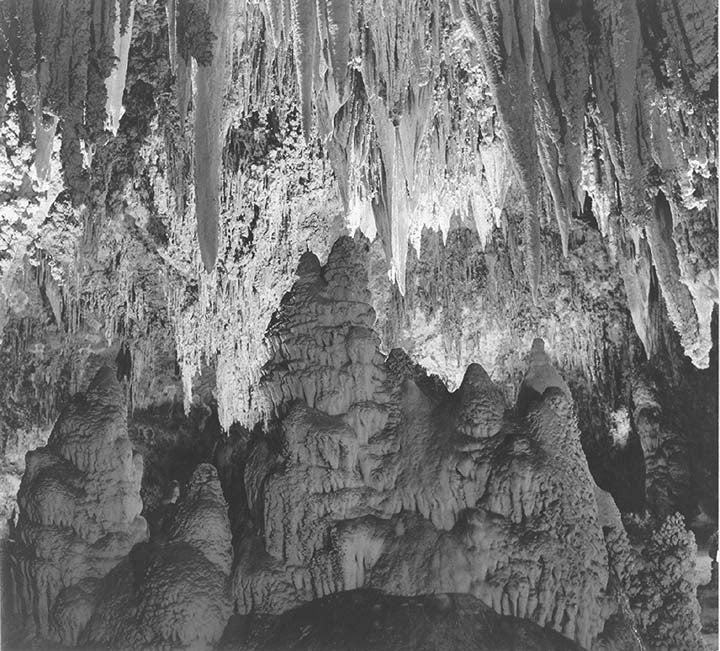 To most people, Ansel Adams is the Beatles of photography: accessible and recognizable to everyone, widely influential, impossible to dislike. But, somewhat predictably, for some younger photographers, his work falls flat. Just skip to the very end of this video with Harmony Korine and Ryan McGinley to see them share a joke at old Ansel’s expense.

Last week, the blog Wandering Bears published an unlikely defense of Adams’ work, coming as it was from Christopher Schreck, a young American photographer who also maintains a popular Tumblr site, BANANA LEAVES. A lot of the work that shows up there leans toward the avant-garde, and needless to say, it has nothing to do with Ansel Adams. Here’s how Schreck sums up the “problem” young photographers have with Adams:

Viewed today, the work stands for many as the source and embodiment of clichés in landscape imagery: embarrassingly earnest, staunchly modernist, offensively sentimental, mind-numbingly perfect.

He goes on to post a series of photos that Adams personally hated: a botched shoot with artificial light in Carlsbad Caverns. Where Adams saw imperfections, Schreck sees something interesting. Click through for more of these images, which, ironically enough, actually look like Ryan McGinley’s recent “Moonmilk” series. Maybe he wasn’t joking after all?

Most people require little convincing of Adams’ contribution to photography, and the staying power of his images. It’s interesting, though, to see how the younger shool can find a new way to come to terms with his work.

And photographs aside, Adams has written a few classic books on photographic technique, which are a great read for anyone just learning the ropes of photography. “The Negative” and other titles can be had on AbeBooks for pennies.