In most commercial celebrity shoots, you have a staff, a budget and a subject with ample time blocked out to... 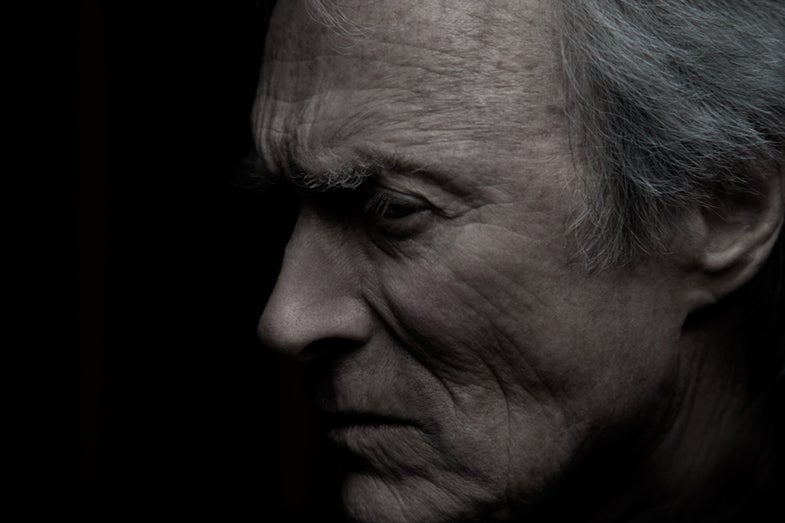 In most commercial celebrity shoots, you have a staff, a budget and a subject with ample time blocked out to explore and get creative. Celebrity portraitist Randall Slavin is no stranger to this type of setup, having worked with a wide swath of Hollywood’s A-listers and ingenues in his trademark high-octane style. “For most of what I do, if I get my crew together—the hair, the makeup, that actress or that model—80 percent of the work is already done,” Slavin says. “The picture is going to look great—whether or not it is a great photo.”

Things are slightly different, however, when you’re working alone without a budget or a crew and every one of your subjects is doing you a favor by carving a few moments out of his or her overburdened schedule. “When you’ve got five minutes in a hotel room with Clint Eastwood—just you and him—it’s another game altogether,” Slavin says. “You’ve got to deliver.”

And deliver Slavin has in his most recent body of work, a series of intimate portraits taken over two years that brought him face to face with cultural icons such as Salman Rushdie, David Beckham, Hilary Swank and Bill Clinton. Shot on dark seamless, the stark, haunting images are a far cry from Slavin’s typically vivid, energetic shots. The approach was both expedient (he could travel light) and aesthetically appropriate; their heaviness is meant to match the charity they were made for, the Charlize Theron Africa Outreach Project, an organization that works to reduce the prevalence of HIV/AIDS and sexual violence in Theron’s native South Africa.

Charlize’s project is clearly a serious subject,” Slavin says. “I wanted to do it justice by providing something intimate, stripped and not staged, to get at a sense of truth.” But the A-list personalities who sat for these portraits usually didn’t have a lot of time to spare. And, while willing to help, aren’t the type to suffer needless waiting.

Thankfully, at his first job in the industry—as an apprentice at a Hollywood headshot mill—he learned to shoot quickly and confidently. “I was grinding out 10 to 20 shots a day,” he recalls. “You learn how to shoot fast and not be too precious with the process.” That early work also taught Slavin how to work with limited equipment. “For this series I shot everyone with the same beat-up Kino Flo light I’ve been traipsing around the country with for years,” he notes.

The moody, meditative portraits that resulted evoke a previous generation of photographers who captured the titans of their age in a straight-on manner. “I want to try to get to the type of photography I’ve always loved—William Claxton’s pictures of jazz performers, Dennis Stock’s portraits of James Dean, Jim Marshall’s of Bob Dylan,” Slavin says. “Just a subject and the photographer in a simple but powerful moment.”

For this project, Slavin’s subjects were chosen for their accomplishments as cultural figures and change agents. “It was great fun assembling this wish list: If I could shoot anyone, who would it be?” he says. “Normally you shoot whoever comes to you, or who you get hired to shoot.” In the end, he came close to checking off all the names on his wish list. “There’s a few more I’d like to do,” he adds with a wry grin, “but I can’t complain.”

For Theron, the medium and the message are well matched. “I think all art can be a platform for social change,” says the actress. “You never know how a film or an image can inspire someone. What’s beautiful about this work is it captures different feelings with each subject—which is what life is all about. Life is a mixed bag: It can throw us some real difficulties, but it’s also full of humor and happiness. Randall is particularly good at working with celebrities. With his eye and the incredible support we got from these influential people, this series became something really powerful.”

Slavin’s work will be exhibited and sold at the Annenberg Space for Photography in Los Angeles on October 12, with proceeds benefiting the Charlize Theron Africa Outreach Project (charlizeafricaoutreach.org).