Capturing the Powerful Visual Legacy of the Black Panthers

Michelle Dunn Marsh and Negarra A. Kudumu speak about the continued relevance of the Black Panthers 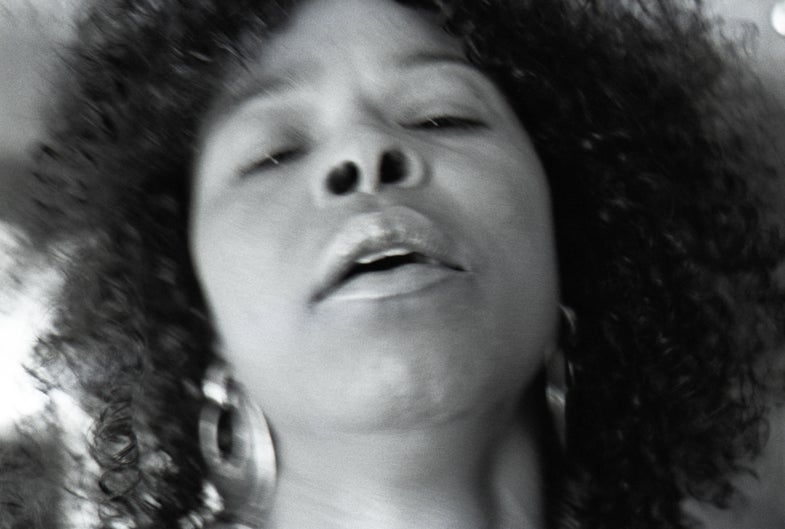 “All Power to the People,” the iconic battle cry of the Black Liberation movement, takes on a new meaning, as the people currently have the power to bring a book commemorating the international legacy of the Black Panther Party to life, right in time for its 50th anniversary.

All Power: The Visual Legacies of the Black Panther Party combines writing and imagery from artists inspired by the movement. Edited by Michelle Dunn Marsh and Negarra A. Kudumu, the book is currently in the Minor Matters pre-sale period and the publishers need to sell 500 copies by Aug. 21 to publish the title.

“This book has been a way that I can handle, in the healthiest way, the fact that we are living in a time where people like me continue to be under physical and psychological threat,” says Kudumu, who explained the threat of harm experienced today resonates with the threats felt by the Panthers and their predecessors.

Marsh, who owns Minor Matter Books, says she took a different path for this project. The idea began when she recognized the timeliness, and wondered why such a visual story hadn’t been created. Instead of an open call to artists, or curating a list of items she wanted to see, she reached out to black artists in her network—about 30 to 35—who she thought might have a connection to this project

“I did not want to be selecting and designating work and simply asking artists to use work selected,” Marsh explains. “They chose the work and I made an edit from there.”

If the pre-sale goal is met, the 96-page hardcover will include work from 14 of those artists, including contributions from legendary Black Panther artist Emory Douglas who will also be featured in a related exhibition at the Oakland Museum of California. Douglas was the Minister of Culture for the Panthers and his graphic designs, which were used in the Panther’s newspaper, came to visually represent the party.

Four other artists alive during the period of Black Panther activity also contributed work, including Howard Cash, Carrie Mae Weems, Lewis Watts and Robert Wade. Their submissions provide both a historical and international context to the early impact of the Panthers.

The historical work is presented alongside contemporary visual projects such as Maikoiyo Alley-Barnes’ Wait! Wait! Don’t Shoot! An incantation of Trayvon and Jazz . Alley-Barnes, a survivor of police violence, created the work as a part of his Pelt series and Kudumu says it’s a “visually striking” reminder of the legacy of Trayvon Martin as well as the vulnerability young men of color face today.

The 14 artists bring forth a variety of subjects and perspectives interpreting historical and contemporary issues—state violence, oppression, pride in identity, educational inadequacy and resilience despite the continued subjugation of black and brown lives. The editors explained the images and the words reflect the artists’ inspiration by the movement, and their reaction to the current state of black and brown lives.

“In terms of drawing a connection between the historical black experience and the contemporary one…I hate to say it, but I don’t believe that we’ve made much progress,” says Kudumu. “In fact we may have regressed.”

The editors chose the Panthers’ 10-point platform after viewing the submitted works to frame the visual conversation, highlighting education, police brutality and the right for black people to determine their own destiny. Goals that synergize with the recent policy platform released by the Movement for Black Lives earlier this summer, and other similar movements worldwide.

“Different things are going to speak to different people,” says Marsh, who added that some might be surprised to learn what’s in the 10-point platform, or even find the material in the book uncomfortable. “More [important] than comfort or discomfort to me is revelation. That they see something that they haven’t seen before or they identify something either in the work or in themselves that is new—whether that is sadness or joy or anger, all of that is good.”

All Power: The Visual Legacies of the Black Power Movement can be purchased through Minor Matters for $50. The title must pre-sell 500 copies before August 21 in order to be published.