Books of the Year: Yukichi Watabe’s “A Criminal Investigation”

As its title suggests, Yukichi Watabe’s A Criminal Investigation focuses on a particularly gruesome and mysterious murder committed in Japan... 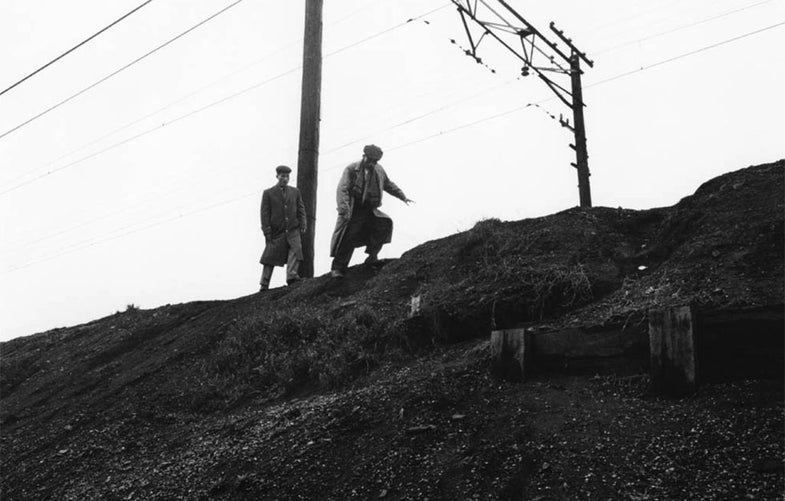 As its title suggests, Yukichi Watabe’s A Criminal Investigation focuses on a particularly gruesome and mysterious murder committed in Japan in the late 1950s. The book begins with a sparse note: On January 13, 1958, a nose, two fingertips and a penis were discovered in an oil vat near Sembako Lake northeast of Tokyo. A disfigured body, badly burned by acid, was found nearby the next day. The grisly circumstances led local police to form a special unit to investigate the crime, and Watabe, a freelance photojournalist at the time, managed to arrange special access to document the investigation in its entirety.

Half a century later, on the other side of the world, Watabe’s stunning series of black-and-white images have emerged as an almost impossibly perfect photo book, one that’s deservedly included on several of the year’s notable best-of lists.

But aside from the images_,_ one of the most extraordinary things about A Criminal Investigation is that it was actually published at all.

Yukichi Watabe, who died in 1993, is not well known in his native Japan, and is totally unheard of in Europe and America. The photographs from A Criminal Investigation, in fact, were not published in a significant way during Watabe’s lifetime. 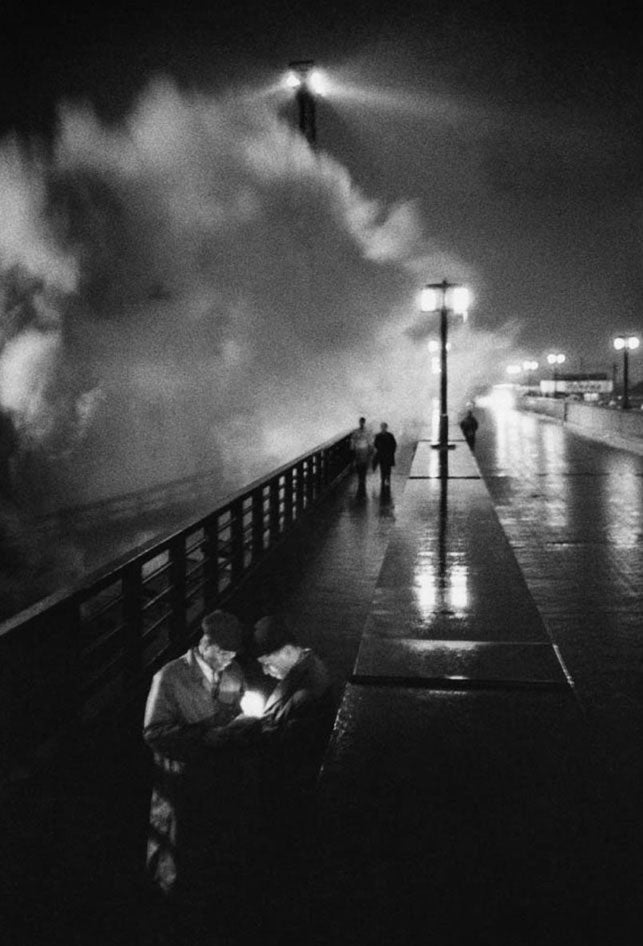 From A Criminal Investigation

In 2006, a rare book dealer in London acquired a group of around 120 prints by Watabe from which the images in A Criminal Investigation are taken. The central character of the series is an incredibly photogenic detective, a Japanese Humphrey Bogart or Inspector Columbo. He appears in almost every picture, taking notes, making phone calls, going undercover at a train station, canvassing different neighbourhoods looking for clues, and visiting the tannery where the victim had once worked. If this all sounds like a Raymond Chandler novel, that’s exactly how it looks, too.

I was actually able to see the set of prints shortly after they were acquired in London, and I remember being struck by how unusual these images were for documentary photography of this period. The prevailing style in Japan at the time was to be as objective as possible, to make straightforward, “truthful” pictures, not images as composed and dramatic as these.

When Diane Dufour, the director of Le Bal, a major photographic exhibition space in Paris, saw the dealer’s set of prints a few years later, she was also struck with their cinematic quality.

“These images were completely atypical for that period,” says Dufour. “Their aesthetic was much closer to the films of Ozu or Kurosawa than to the photography of the time.” Dufour was taken with the images, and expressed an interest in publishing them if they were ever sold to a collector.

A few years later, the prints were acquired by the Wilson Centre for Photography in London, one of the largest private collections of photography in the world, and Dufour saw this as an opportunity to act. Working with the French publisher Xavier Barral, Dufour put together a dummy of the photos that might become A Criminal Investigation, hoping to convince Michael Wilson to let them publish the book. They had very little information on the details of the story, despite being in contact with one of Watabe’s sons, who is also a photographer.

“The set of prints were not numbered,” says Dufour, “so we had to come up with our own reading of the investigation” attempting to piece together how the events might have unfolded. The Wilson Centre was impressed by the proposal, and Xavier Barral published the first edition of A Criminal Investigation in the summer of 2011. The first edition of 2,000 copies is now completely sold out, and a second edition is planned for 2012.

We can all be thankful for the happy ending to this unlikely story, which has led to one of the most interesting and unusual books of the year. Despite having a stronger narrative quality than most contemporary photo books, there is no real beginning or end to A Criminal Investigation; we never see the body of the victim and there are no pictures of the killer. If anything, this makes the book even stronger. The text accompanying the 70 black-and-white images in the book is sparing, limited to a scene-setting introductory paragraph and an epilogue. The epilogue reveals that the special investigation unit was a failure, and that the killer was eventually apprehended thanks to a broader nationwide police campaign which cross-checked data from 21 unsolved murder cases. 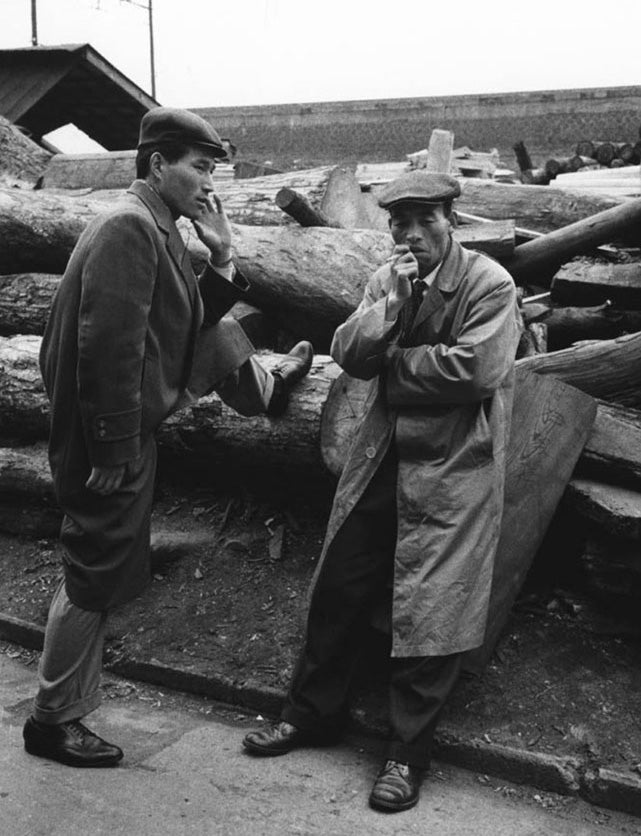 From A Criminal Investigation

The success of the book is that it turns a failed murder investigation into something so engrossing. The photographs of this hard-nosed detective pursuing different leads and running into as many dead ends are fascinating in themselves, leaving the reader to imagine the details of the story taking place amidst the photos’ perfect film noir atmosphere.

The design and production of the book complement the source material beautifully. The rough linen cover and black elastic ribbon that holds the cover in place give the object the feel of a case file. The lightweight, warm-tinted newsprint-style paper and typewriter font also echo the feel of the period, and imagine the form these photographs may have taken had they been published in the 1950s.

The greatest strength of the book, though, is its remarkable noir atmosphere. The work so powerfully conjures the look of film stills that at times, it is hard to believe that such dramatically composed shots could have been taken in a traditional documentary photography setting. Whether they were genuinely captured on the fly or staged for the camera is almost irrelevant; as in all investigations, the narrative depends on the investigator to piece together the parts of the story. That we, the readers, get to play along in this atmospheric world with our own “investigation of the investigation” is the book’s most rewarding surprise.

Marc Feustel is the author of the blog eyecurious. On Twitter he’s @eyecurious.