Books of the Year: Francesca Woodman

Some three decades after her untimely suicide at the age of 22, Francesca Woodman remains a powerful presence in photography.... 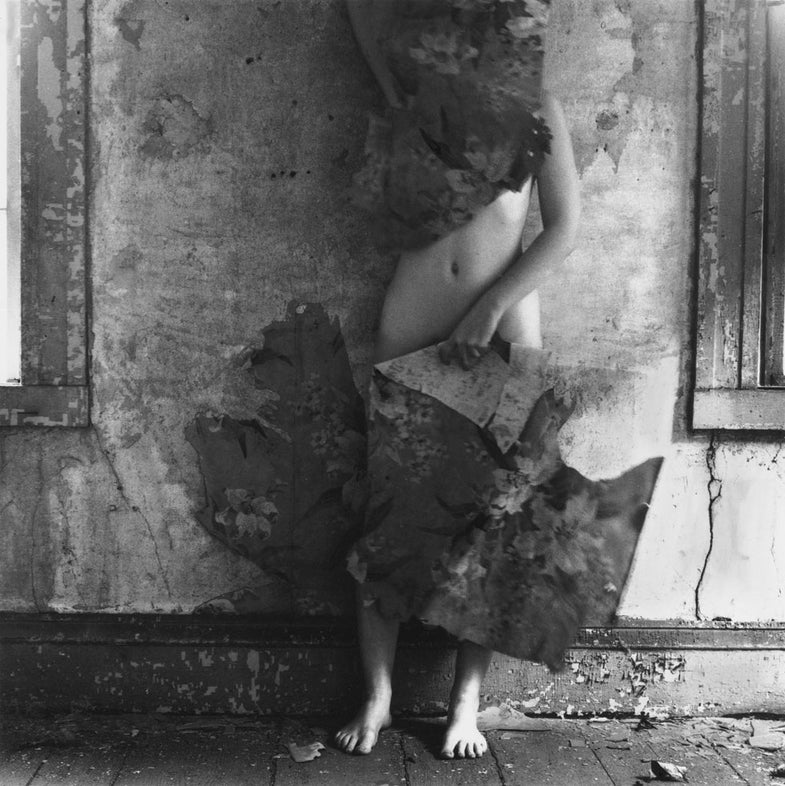 Some three decades after her untimely suicide at the age of 22, Francesca Woodman remains a powerful presence in photography. As a young artist exploring themes of the female body and its perceived impermanence, her work immediately became a focus for feminist theorists and art historians around the world. But as is often the case with an artist’s work viewed posthumously through the lens of tragedy, that’s only a part of the story.

A new exhibition at SFMOMA, curated by Corey Keller, hopes to tell the full story. It is the first major U.S. retrospective of Woodman’s photographs, on view through February 20 in San Francisco and appearing at New York’s Guggenheim museum next spring. Its accompanying monograph, Francesca Woodman (D.A.P./SFMOMA), is one of our books of the year. We spoke with Corey Keller on the challenges of curating the work of a young artist taken by tragedy, and the unexpected themes that emerge from Woodman’s photographs when viewed in a less tragic context.

John: To start I was hoping you could speak a bit about how this exhibition and book came together, and your process for sourcing some of these works. I understand a lot of them have never been seen before?

Corey: Marion Goodman, who represents Woodman’s estate, had told us the family was ready for a show in the United States, and that there hadn’t been one in so long. So she arranged for me to meet George and Betty Woodman, Francesca’s parents, and they basically just said “you can look at all the pictures.” They have extensive holdings of all the pictures that were left in Francesca’s possession at her death, plus some that I think they’ve bought back off the market. I would just go and sit there for days on end, going through the boxes over and over again. It was amazing—a real revelation.

There’s hardly a show about women photographers that Woodman’s not included in, so I had known the core group of pictures that I think many people who are interested in photography knew about. But it’s not often that you realize how you totally didn’t get an artist before. I was just amazed. 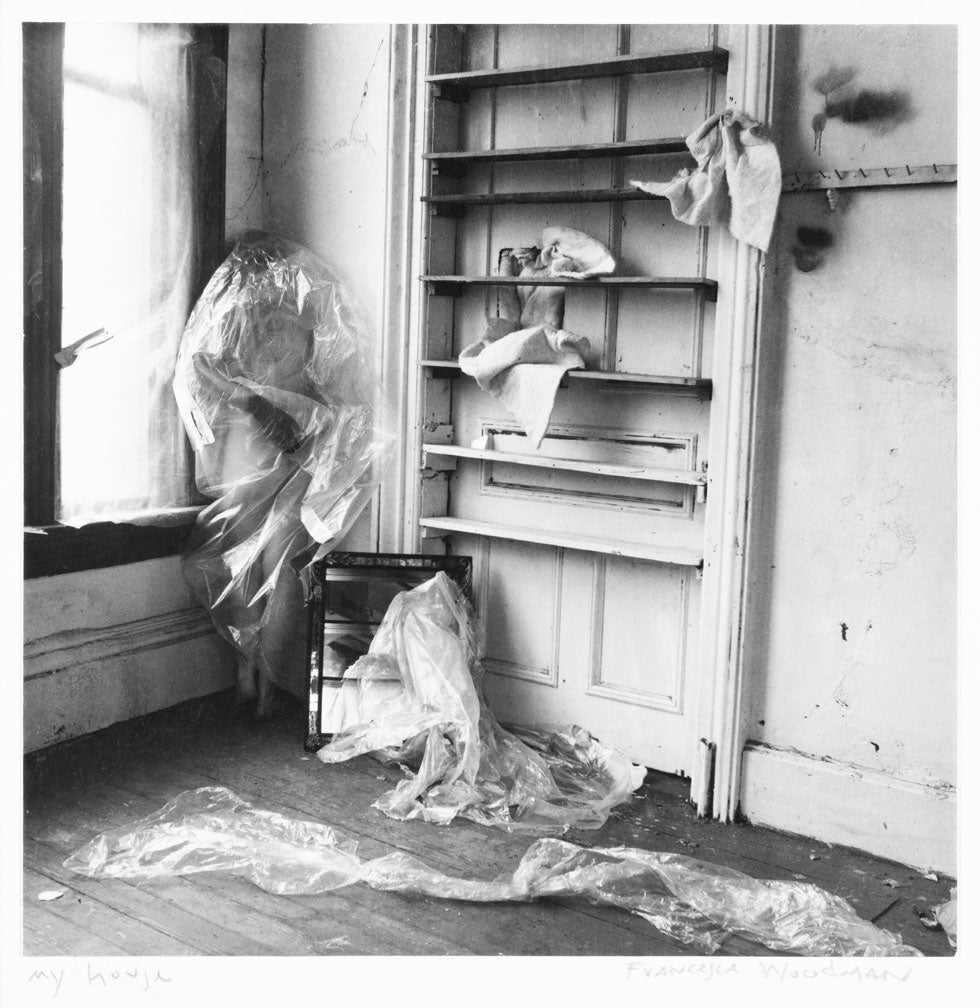 So what was that like, going through all of that work? It sounds like your perception of her changed pretty drastically?

Her work tends to look very spontaneous, and in many, many cases it actually is. And then there are places where you can see her working through a problem. Some of the pictures she printed upwards of twenty times, printing the negative left to right, printing it darker, flashing the paper—really thinking about it. I thought that was interesting. It gave me more insight into her process; I could imagine her working in a way that I couldn’t before, and that was very helpful to me to try and understand who she was as a photographer.

Were there any sort of major thematic content elements to her work that you were surprised to find?

Yeah, one of the things that was interesting to me was to look at the work she did before she got to RISD (the Rhode Island School of Design), when she was a teenager in high school. I didn’t include any of those in the show, because of course they’re not on the same level of maturity of the work she started at RISD, but it was helpful to me to understand the later work because you can see how she’s playing with the same themes. Right from the time she picked up a camera, the ideas were there. Whether it was masks, or the body in motion, or, the relationship of the body to space—they’re all there from a very early age, and that was pretty interesting to me.

Curating a posthumous retrospective, especially for a young person who committed suicide, is obviously a pretty significant challenge. It definitely gives you a chance to steer the reaction to the work a bit, so I was wondering how you approached that particular issue?

It was. It was a real challenge. Of course people are drawn to the romance of the tragedy, and it’s hard to get away from that; when you know the end of the story, it’s hard not to see everything else somehow leading up to that point. Initially I was not sure if this was a show I even wanted to do, because the selection of her work that has been shown over and over again I think just reinforces this narrative about her that we’ve all come to expect. I tried to include some work that spoke to this other side of her story.

I also talked to a lot of her friends, because I was interested in what kind of a person she was and what it was like to work with her. That was really helpful, actually, and I feel like I got a better sense of who she was.

What was your takeaway from those conversations?

Well, the thing that everybody was insistent that I understand was how funny she was. For a woman this young, she has inspired these whole fleets of serious art historical criticism, and a lot of people who knew her just don’t recognize the person that’s described there. She’s been co-opted by a lot of feminist theorists, for obvious reasons, but the people who knew her and worked with her said “yeah, we were aware of those issues, but we weren’t really that concerned with them, and Francesca certainly wasn’t.” Above all, they said that she was interested in her own work, and not really looking much beyond that.

They also were adamant that they didn’t see her as a depressed person, and I thought that was interesting. Fragile was the word that everyone used to describe her, and needing to be taken care of, and certainly eccentric, but not depressed. And that was helpful. 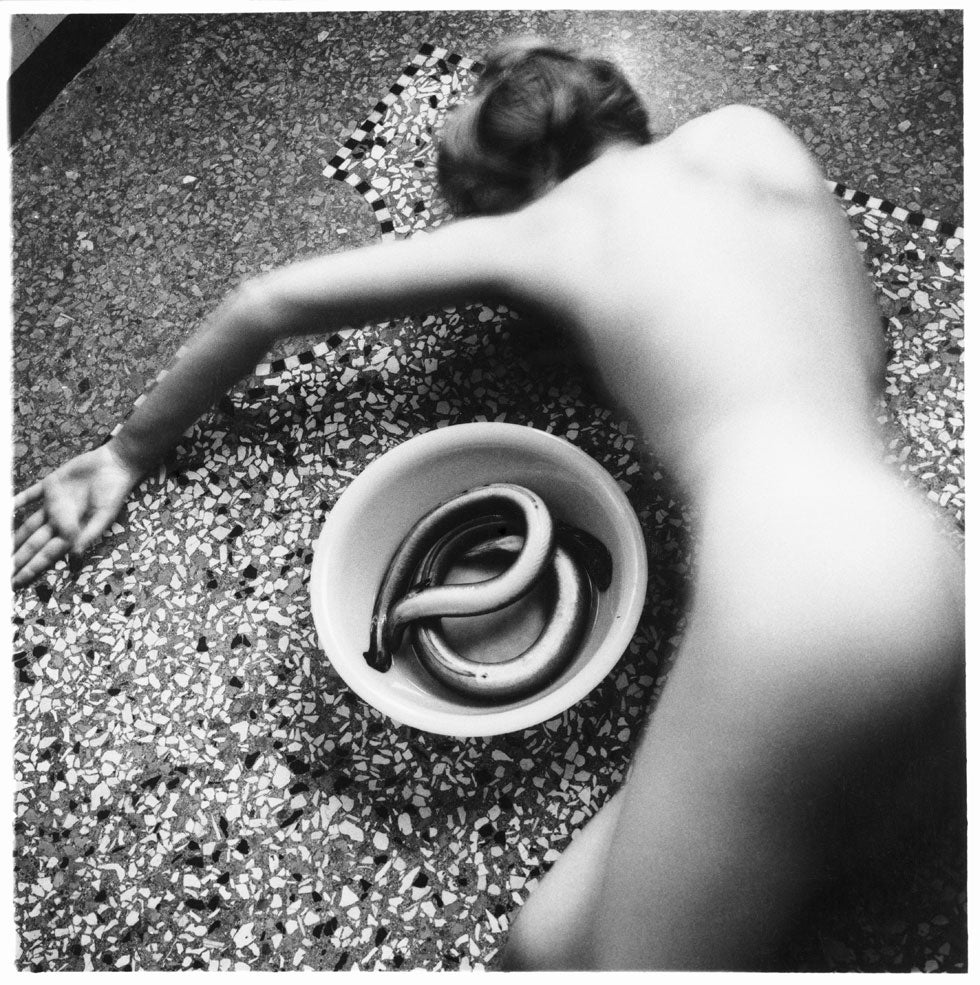 Yeah, that’s interesting that everyone stressed her sense of humor. It’s not really prominent in the work, at least on the surface. But did you see a sense of humor as you delved deeper into the photographs?

I did. Especially having looked at so many pictures, not all of which were exhibition-worthy—you do see some of the funnier ideas that she was trying out. She did this picture with her friend Sloan, and outlined her body in strips of Jell-O to approximate neon lights. It’s not a great picture, so I didn’t include it, but it was pretty funny! She was really trying a lot of different things.

A big part of what I find appealing about the work is her age. My personal experience has nothing to do with this show, but I think about the kind of pictures I made when I was a photography student—and granted, I don’t have any talent!—but at that time you’re thinking about yourself and who you are, and where you fit in the world—where you fit as an artist. A lot of her concerns that people interpret as this inner crisis are actually normal for this age, she was just much better at expressing them than most of us. I wish I’d had half her ability to be articulate at that age.