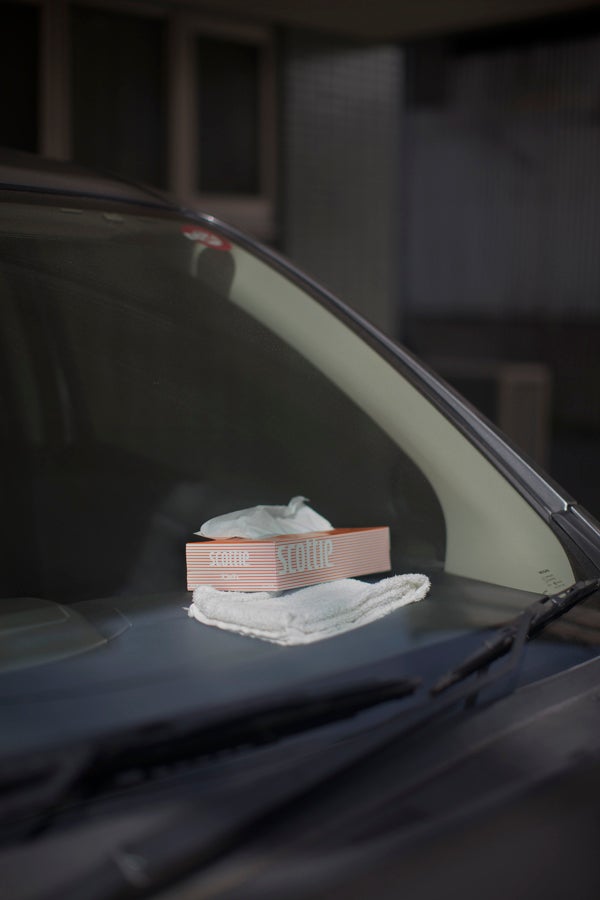 John Gossage is probably best known for his work “The Pond,” a series in which he spent four years photographing the area around a small pond in Maryland. The first edition of that book is now a collector’s item, and Gossage has gone on to produce a number of other books that feature a similarly careful approach to photography. What would happen, then, when he set out to make an entire book on Japan in the space of a couple of weeks? In other words, four years for an unknown pond, and two weeks for an entire nation? Still, this was Gossage’s brief when he visited Tokyo last year. The resulting book, “The Code,” was just released in August, and the title gives a pretty big clue as to the way he approached the project. To put it briefly, he was aware that he couldn’t possibly “understand” anything significant about Japan in such a short time, so he gave himself over to the mystery (or “Code”) of the country and showed his own perspective as a foreigner. 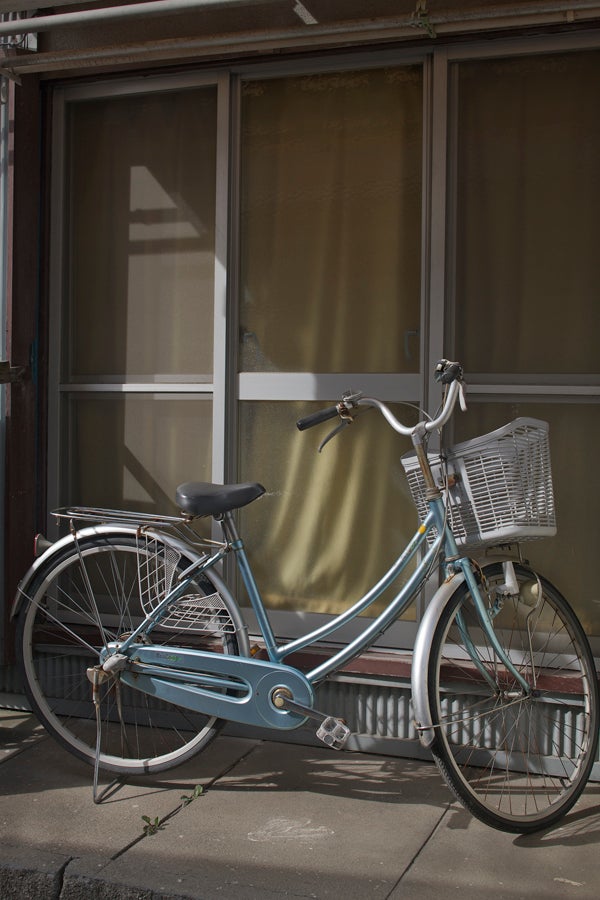 In some ways, Gossage’s photographs can be difficult to explain. They’re never in your face, and often it seems like they are just showing a simple object with no greater significance. Take the photograph of a blue bicycle leaned up against a house. On the face of it, it seems like there is nothing to really look at here. The bicycle itself is nothing special—even this kind of bike can be found all over Japan. Still, a closer look shows that there is more going on here than initially meets the eye. The composition of these photos is generally excellent; in this case, the light falling on this scene has created a pleasant series of lines, and also brought out a slight wave in the curtain behind. At the same time, small details like the plants growing in the sidewalk cracks break any illusion that we’re looking at an immaculately “clean” image. (It’s worth clicking the “plus” button to see this image at a larger resolution.)

I have to admit a personal interest in this book, because I took Gossage around for a day when he was in Tokyo last year. I was given instructions to find a place on the edge of the city—to paraphrase Gossage’s own words, “a place on the way to the place you think I want to see.” We walked around an industrial area near Tokyo’s Haneda Airport, and it seemed to do the trick; actually, the bicycle I talked about was in a neighborhood around there. I was always a little surprised to see the things he chose to photograph (why that bike? why that alley?), but after looking at the finished product, it makes more sense. After finding a subject that caught his attention, Gossage would always take a few frames from different angles, shooting quickly but voraciously. I’m sure this helps his editing later, because it seems like it would be impossible to notice so many details (like the plants in the sidewalk) when photographing. Certainly, part of Gossage’s craft lies in the ability to recognize these details later, and to edit the work in a way that brings them out. It was refreshing to hear from Gossage that he not only recognized his own limitations as a “decoder” of Japan, but turned this ability (or lack thereof) into the productive force behind the book.