A Black and White Revival From Colorful LA

These days, many of the young photographers who are garnering attention from galleries and magazines could be called “conceptual” in... 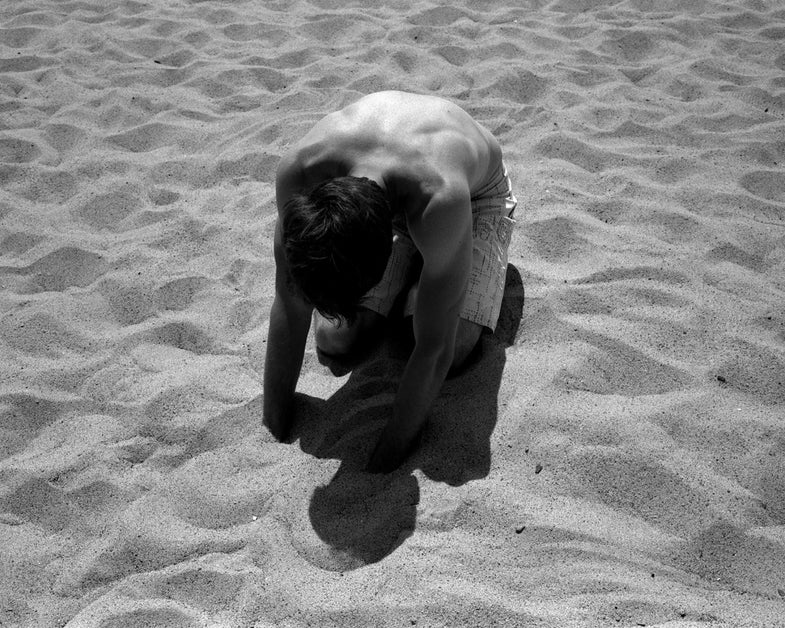 These days, many of the young photographers who are garnering attention from galleries and magazines could be called “conceptual” in some way. By this I just mean that their photographs are meant to represent an idea or provoke a thought, rather than to show their own technical skill as a photographer. Of course, this doesn’t mean that conceptual photographers are unskilled! Instead, it’s often the case that they allow their technical ability to become a “mere” (scare quotes) element of their work, or they willfully discard it altogether. In any case, it’s refreshing to see the work of Los Angeles-based Whitney Hubbs in this context, given her clear dedication to the fundamentals of photography. 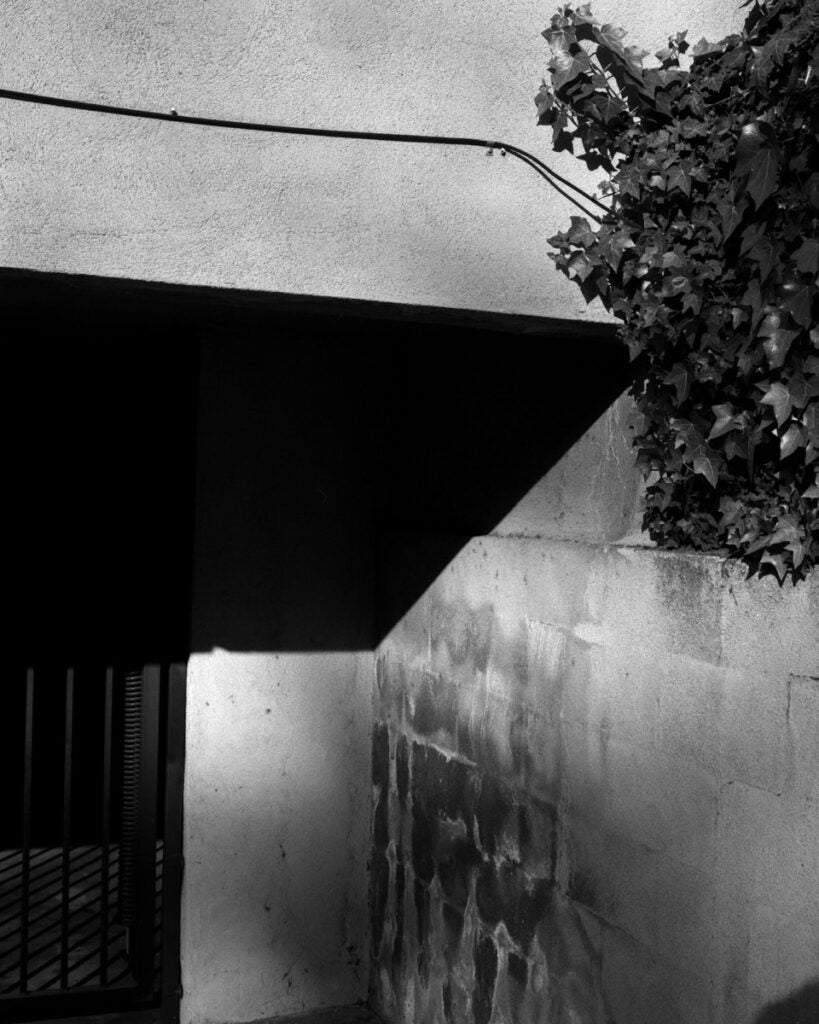 The work in this post comes from the series “The Song Itself is Already a Skip,” which she exhibited earlier this year. To be honest, I’ve never seen Hubbs’ prints in person, but even from these digital files, I think I can imagine what they might look like. I’m guessing that people might often compare her work to Edward Weston, given the deep blacks she gets in her prints. Of course, her subjects are not quite as classic as Weston; she’s out in the real world. Still, in Hubbs’ vision, something as simple as the gateway to an apartment building becomes a complex composition.

While Hubbs is certainly no carefree snapshooter, it’s also clear that she’s allowed some elements of chance into her photographs. The image of a curtain that covers a baby’s face is the most spontaneous here, and it’s probably also one of the most easily understood of her images given that it contains (relatively) so much action. In the hands of most photographers this might turn into a playful scene, but actually, Hubbs’ intense dark printing makes the photograph end up looking somewhat sinister. 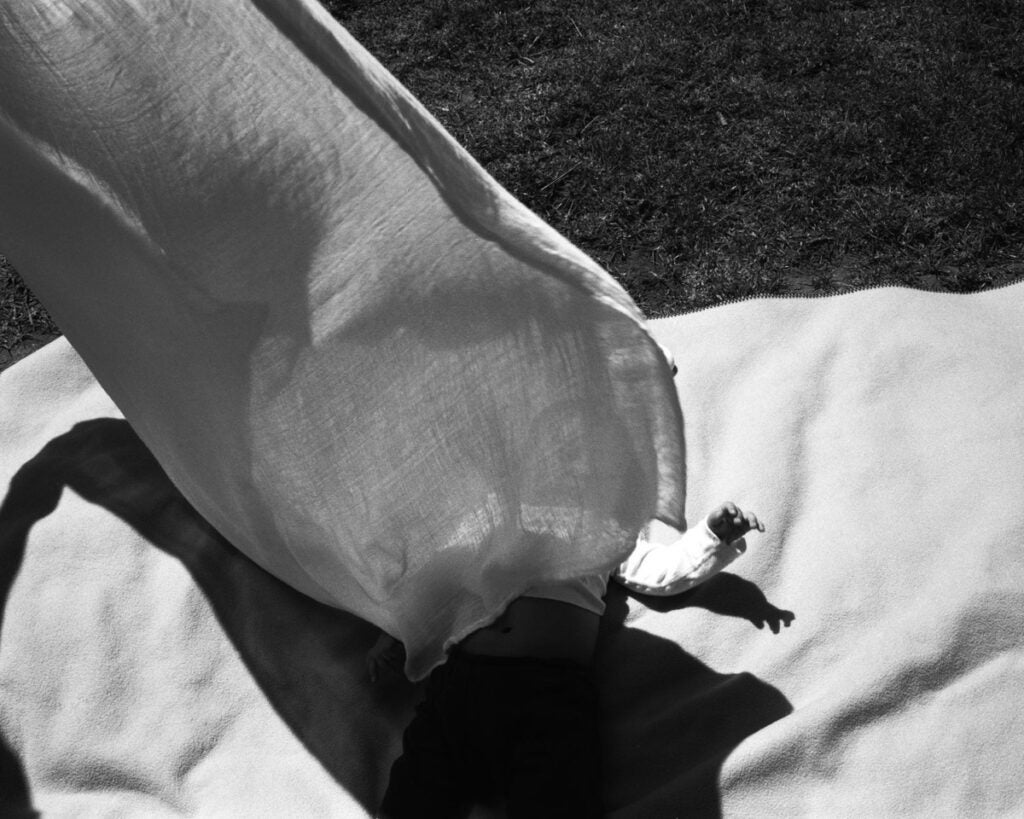 It’s worth looking at the other series on Hubbs’ site. I’m particularly interested in her photos taken around auto races. This work is not her most recent, but it’s pleasing to see this very modern activity seen through Hubbs’ eye. Hubbs is represented by M+B, which is interesting given that they also represent the colorful (and conceptual) photographers Sam Falls and Jessica Eaton. Hubbs is of the same generation as these two, yet her approach is quite different. Perhaps you could call her a “throwback,” but that might suggest this way of producing photographs stopped at one point. Maybe it’s better to say that she’s carrying on a long tradition, and to leave it at that. 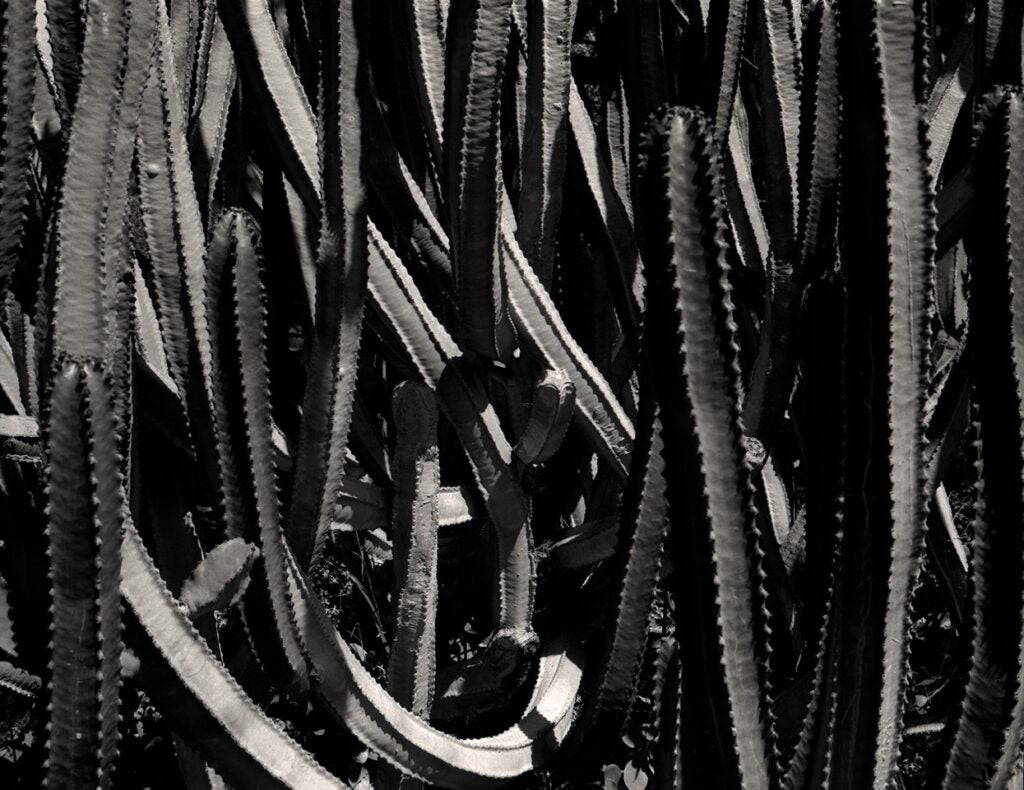