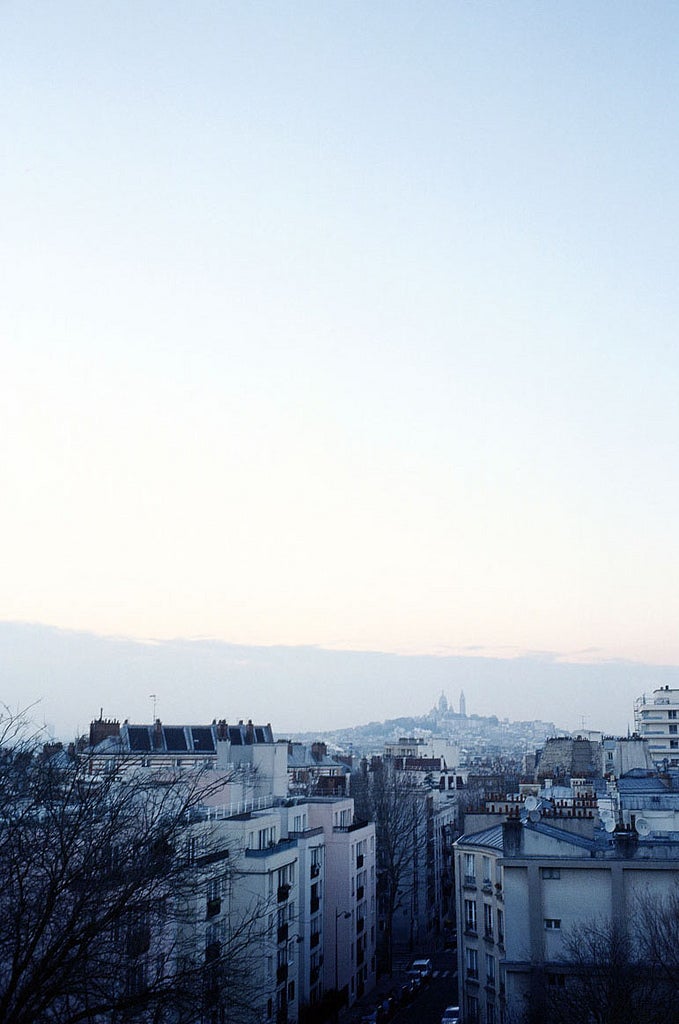 Name: Joachim Robert
Description of image: **A cold-looking Paris skyline
**Notes: 34,905 notes (for the modified version)
Originally posted to: nosens (original version), aestheticaspirations (modifed version)
Impression cloud of rebloggers: The story of this image will be made clear below, but I’m only looking at sites that reblogged the modified image. Notable Tumblr titles included: “Fast Cars,” “Swaggy,” and “B(ea)u(t)y.” I found multiple images of chocolate-filled crepes, and actually a lot of dessert photos in general. These are all pretty standard for Tumblr, which should not come as much of a surprise given that we are looking at a properly archetypal Tumblr image. Without further ado, let’s take a look: 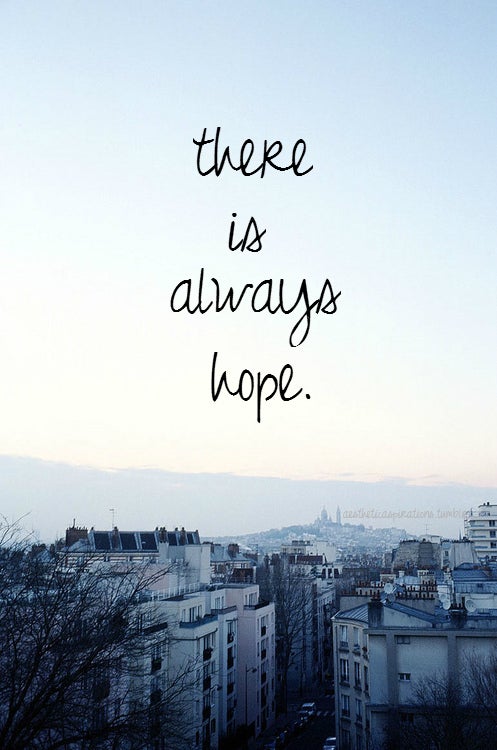 I have no idea how much time you spend looking at Tumblr, or whether your Tumblr time is spent basking in carefully selected images taken by well-respected art photographers (or by photographers who aspire to join their ranks). If I’m being honest, that’s a lot of what I’m trying look at, and you should follow shihlun, photographsonthebrain and bremser for this kind of content. In reality, though, this kind of activity must count for very little—I don’t have any statistics to back this claim up, but I’m positive that this is not what Tumblr is used for, in a broad sense. For each post I’ve written in the Behind the Notes series, I’ve jumped into the cloud of rebloggers, wading through bizarre cursor behavior, garish backgrounds, unfathomable quantities of Bieber/weed/forest/dessert/Nike pics, and auto-playing background music (oh, the auto-playing background music!) to bring back these precious screenshots for you, the American Photo reader, to enjoy from the comfort of this very website. It’s been a learning experience, to say the least.

It would be easy enough to look at Joachim Robert’s modified image and give a knowing laugh: “Ah, those Tumblr teens and their cheesy pics!” That was probably my first reaction when I first started trawling these Tumblrs. Even now, I can’t say that I really want to follow aestheticaspirations, the user who created this new image. Still, I’d rather not pass a quick judgment on the majority of Tumblrs out there, or wail on about how this wanton image proliferation is somehow defiling “proper” photographic activity. What nonsense! I don’t have any answers about Tumblr yet, but I do think it’s worth taking this activity seriously, even if you’re too cynical not to give a shudder as you scroll through miles of inspiration…

It was my first outing with a Contax G1 I had picked up a few days earlier. I was happy as could be, trying out different film and playing around with a friend. It was late afternoon when my friend left and I went up to my favorite lookout above Paris. The sky was so cold and pure, but I was with a 64 ISO film and there wasn’t much light. I took several shots, and this one came out great. As I was trying out different ways to frame the horizon, I immediately thought of the pictures I see every so often on Tumblr: an out of focus sunset with meaningful words on it. Or a window over Paris. The picture wasn’t tailored to look like one of these Tumblr rebloggables, but I was definitely amused by the reference. From the 5 rolls of film I shot that day, this photo was only one I put up online. First on Flickr, then on Tumblr. It got 22 notes from that first post. I got a few faves on Flickr, and that was all.

From one of these faves, it got posted on Tumblr by nosens and got more than 4000 notes. Then a girl named Megan from Hong Kong (according to her tumblr description) saw the picture, pasted something meaningful on it and posted it on Aesthetic Aspirations. This post got 34,234 notes. I discovered it by accident, from my Flickr followers…

No. I was just trying things out with a new camera. 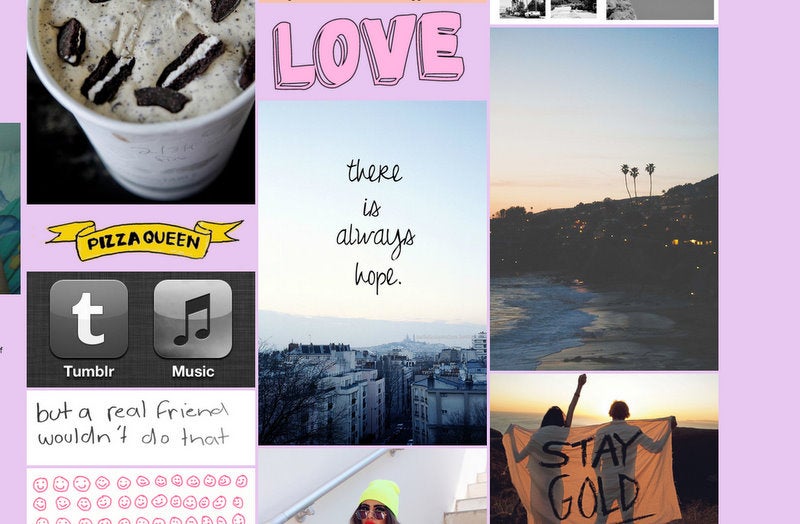 As seen on Unprecedent ♥

Paris is the Romantic City par excellence so there’s that; pictures of Paris as a romantic city are all over Tumblr. The composition is very inspirational (an infinite blue sky), so it’s very non-threatening. Quiet tones, lots of negative space, a clear view… there’s virtually no message in this image. It’s pleasing to the eye and that’s it. Some would even find that photo quite empty, both in its composition and its meaning.

And then, once the handwritten message was pasted on it the photo wasn’t so important anymore, it was just a support for deep meaningful words. The picture is innocent enough that you can paste anything. “There is always hope” or “The end is neigh” would work just as well. The reappropriation fills that emptiness of meaning and composition.

Apart from about a dozen favorites on Flickr? None. Still, I have to commend the original sharers nosens and refluent for linking to my Flickr photo. Some rebloggers deleted the infos/clicktrough link and that’s sad. 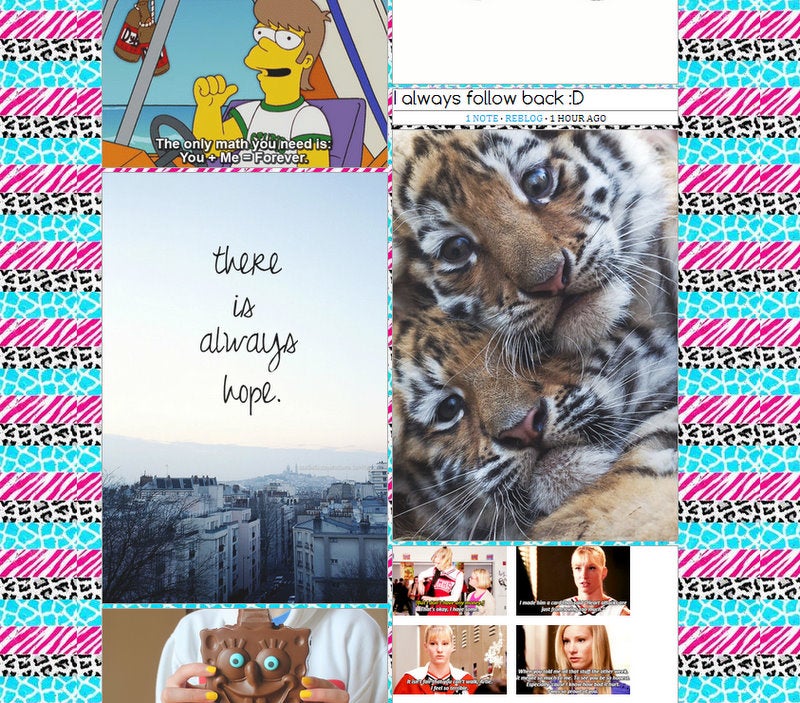 As seen on Beautifully imperfect

Well, there’s thousands of people who aren’t looking at my image: they’ve responded to words, now the image has been reappropriated. The image is not “Paris on a cold evening with my new camera” anymore, it’s “city/sky as a backdrop for an inspirational quote.” I never put too much meaning into that image by creating or publishing it, so I’m not too bothered by the reappropriation. I’m happy that some people might have found a positive message written by someone else.

Now I wonder, should I make a larger series of Tumblr rebloggables and partner with teenage wordcrafters to make the ultimate Paris landscape/inspirational quote series? After all, being Tumblr famous wasn’t a career option when I was a kid!