Asger Carlsen’s Gruesome Sculptures, Made Of Flesh And Bone

Photography has long been used to create a visual record of art works in other mediums. Famous sculptures are probably... 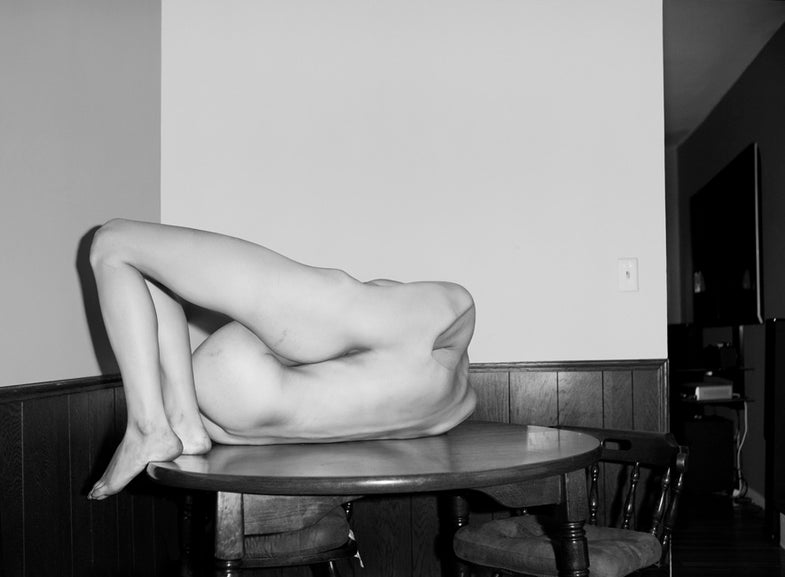 Photography has long been used to create a visual record of art works in other mediums. Famous sculptures are probably best known via photography, and two years ago, the MoMA in New York dedicated an entire exhibit to photography’s role in documenting and preserving performance art.

This is just one of the conventions that Asger Carlsen’s brilliantly off-putting and very fleshy photographs toy with. His latest series and book, Hester (Morel, £35) is a study of the sculptural female nude only in the loosest sense. Known for his extensive and often gruesomely funny manipulations, Carlsen made Hester by photographing nude models in his studio, then setting to work at the computer, where any semblance of traditional human forms is methodically erased. The resulting works become digital sculptures of otherworldly flesh and bone (alive?), existing only in large black and white prints.

Carlsen removes just enough human context to give his images a powerful rubberneck quality—in a sense they’re horrifying, and yet it’s difficult not to look closely, tracing the length of a spine or the bulge of a fourth leg in search of something human.

For more, Carlsen’s past series and book Wrong also deals with human manipulations, to an even more humorous effect.