While covering the Afghani elections currently under way, AP photojournalist Anja Niedringhaus and reporter Kathy Gannon were attacked by a... 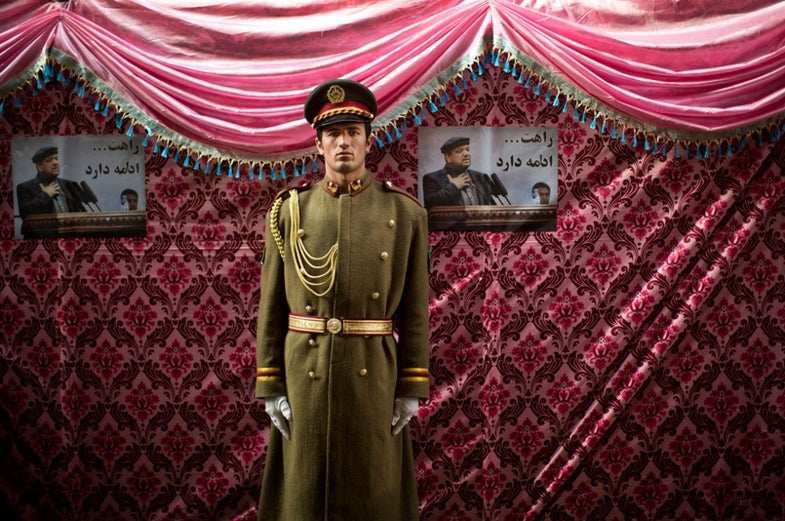 While covering the Afghani elections currently under way, AP photojournalist Anja Niedringhaus and reporter Kathy Gannon were attacked by a local police officer while waiting in their car. Niedringhaus, 48, was killed during attack, and Gannon was wounded twice, but is now in a stable condition in hospital.

Niedringhaus is a celebrated photographer for the AP, who was an active photojournalist since the age of 16. She covered the fall of the Berlin Wall, the conflicts in Yugoslavia, and spent a substantial amount of time working in the Middle East, Pakistan, and Afghanistan after 9/11. She was part of the team of 11 AP photographers to win the 2005 Pulitzer Prize for Breaking News Photography for coverage of Iraq, and in that same year was awarded the International Women’s Media Foundation Courage in Journalism Award.

Niedringhaus and Gannon were traveling with a group of election workers delivering ballots in the city of Khost. They were sitting in their car waiting for the convoy to move, when they were approached by an Afghani policeman. According to the AP:

“As they were sitting in the car waiting for the convoy to move, a unit commander named Naqibullah walked up to the car, yelled “Allahu Akbar” — God is Great — and opened fire on them in the back seat with his AK-47. He then surrendered to the other police and was arrested.”

A reporter who witnessed the attack claims that Niedringhaus was killed instantly. She marks the 32nd AP staffer to “give their life in pursuit of the news since AP was founded in 1846” wrote AP President Gary Pruitt in a letter to staff.

It’s not clear why the pair were targeted, but it may be as part of attempts to destabilize the current round of elections.