Another Side of Terry Richardson

Terry Richardson is one of the most prolific professional photographers on Tumblr. On his site, terrysdiary.com, he posts an average... 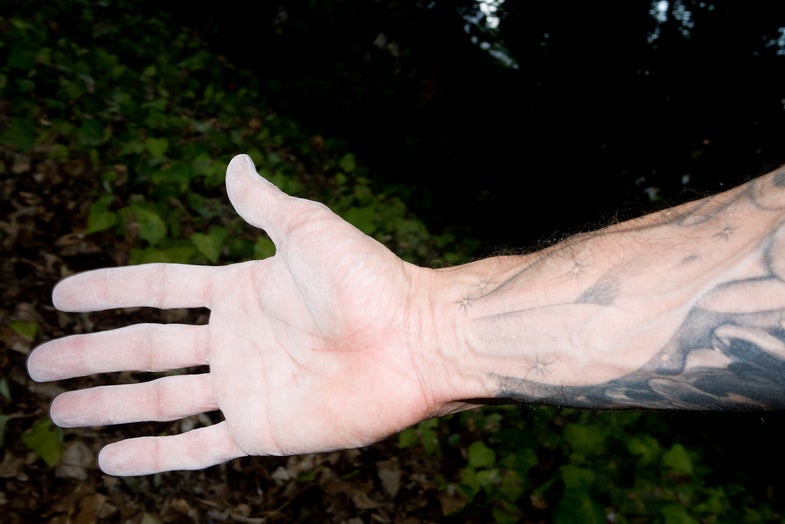 Terry Richardson is one of the most prolific professional photographers on Tumblr. On his site, terrysdiary.com, he posts an average of 88 new photos every week. A typical day will see a number of studio outtakes of beautiful young models and celebrities from magazine photo sessions, famous friends like Jared Leto making funny faces, and as the name suggests, a bunch of standard photo diary fare: snapshots at parties, meals, and the spaces in between.

Aside from the occasional scantily dressed, barely-legal-looking model, it’s all pretty tame. Which is to say, vastly atypical of Richardson’s work as a whole. For there was a time when Richardson’s photographic output was focused almost exclusively on shock, confronting the fashion world directly with overt sex, drug use and every other conceivable form of hedonism. Richardson himself was the central figure in Terryworld, both the title of his 2004 book and a broader reference to the Terry-centered lifestyle depicted within. The book largely consisted of photos of Richardson having graphic sex with a seemingly endless cavalcade of young models, many of whom have came forward in recent years with troubling stories of what it was like to “work” with Richardson. For an extremely NSFW taste, Google “I Miss the Old Terry.” And don’t say I didn’t warn you.

Recently, on September 11, Richardson posted to his Tumblr a shot from the window of an airplane with a characteristically simple and direct caption: “On the way to see my Mom.” A photo of the Jersey Shore’s Ronni and Sammi at LAX immediately follows (did he run into them randomly at the airport?), but since that image, Terry’s Diary has taken a different turn. Since the 11th, Richadson has photographed the death of his mother, Annie Lomax, with typically unflinching directness. 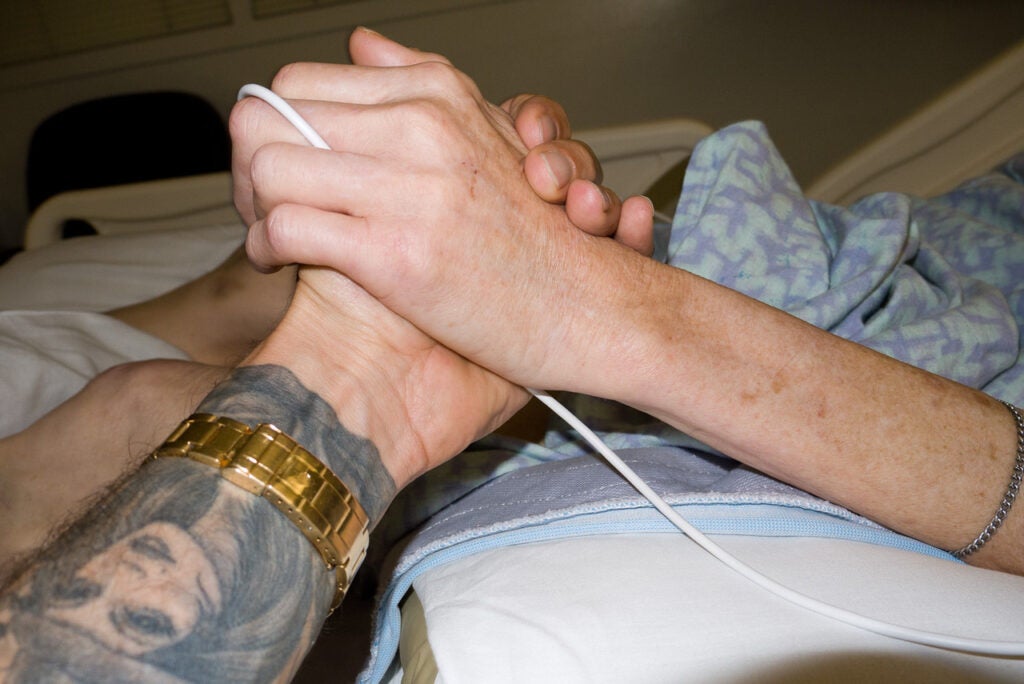 We see her lying in the ICU, her final days near. We see her husband and Richardson’s stepfather Jack at her bedside, and earlier in a quiet moment at breakfast in Ojai, California, where Richardson grew up as a teenager. We see details of his Mom’s bedroom, and friends who’ve come to her home to mourn, and later, scatter ashes. We see candy and flowers sent in remembrance from modeling agencies and magazines around the world. And we see a comforting hug from none other than Lady Gaga, who recently had a tattoo in memory of Richardson’s mother inked on the back of her freshly shaved skull. The photos are all taken with the same direct, straightforward approach (one caption reads “Me holding my Mom’s urn on her bed.” The photo is exactly that). It’s not the first time Richardson has turned the lens toward his family (he published two companion books Mom and Dad in 2010, focused exclusively on each parent), but he’s never done so with the same immediacy as a series of timely Tumblr posts can provide. 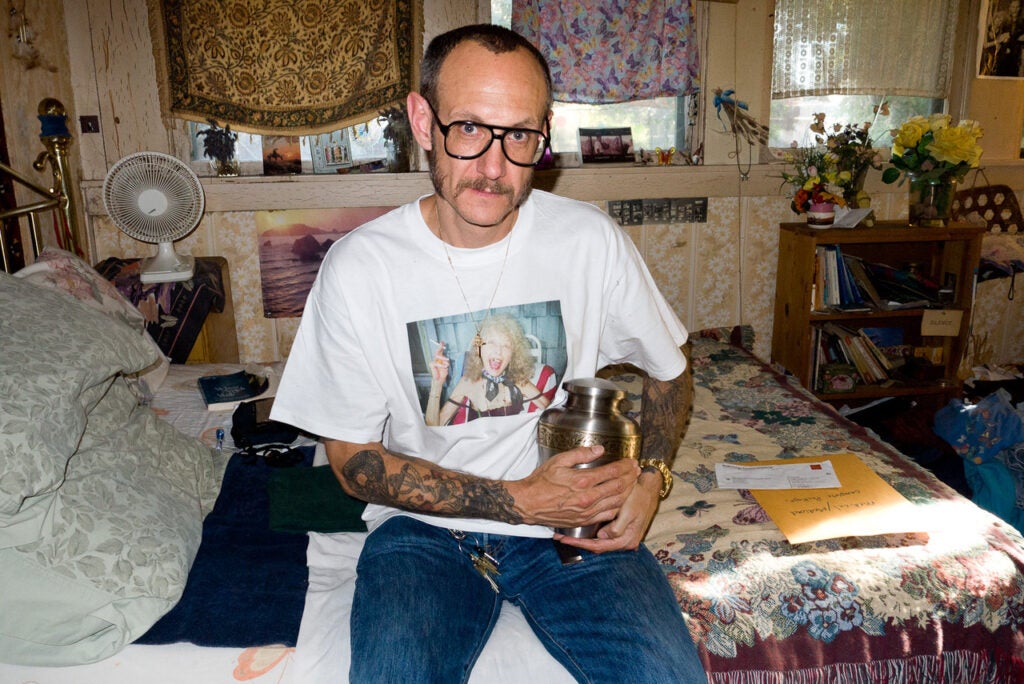 “Me holding my Mom’s urn on her bed.”

These photos have made me view Richardson’s photographic approach in a new light. In a way, his photos have always succeeded in documenting a life. Only before, they documented a life positioned so extremely on the fringes of fame, celebrity and sex to make it at best unrecognizable, and at worst, intolerable in its excess. Richardson was extremely good at giving us a taste of Terryworld, but it wasn’t a place most of us would ever understand, enjoy, or particularly benefit from visiting. You could argue with little difficulty that it was a world that didn’t actually exist. 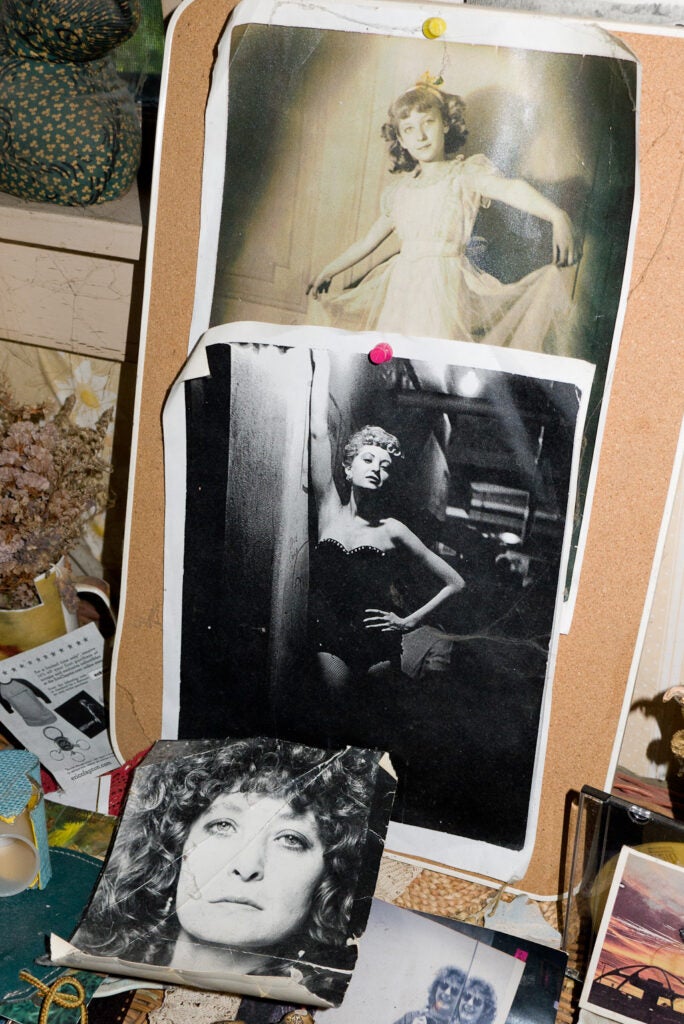 “Detail of my Mom’s bedroom.”

But in the death of his mother, Richardson has found a subject that’s considerably more relatable. His uncensored approach hasn’t changed (many of us would shiver at the prospect of offering photos of our own mothers on their deathbeds to tens of thousands of strangers on Tumblr), but it’s employed here with a new honesty that’s harder to find in his past work. Undoubtedly, Terry’s Diary will surely soon transition back to documenting celebrities as they move through their uniquely isolated lives, easily and hungrily watched from afar. In fact, just before pressing publish on this post this morning, I took a final look at Terry’s Diary and found a series of topless and fully naked models, outtakes from a photoshoot for the nudity-loving French fashion magazine Purple. OK. That’s fine. I may see that work in a new light, too; however manufactured-seeming, it is his life. But I’m equally intrigued to see what else Richardson’s signature no-holds-barred approach might reveal as he turns to look elsewhere.