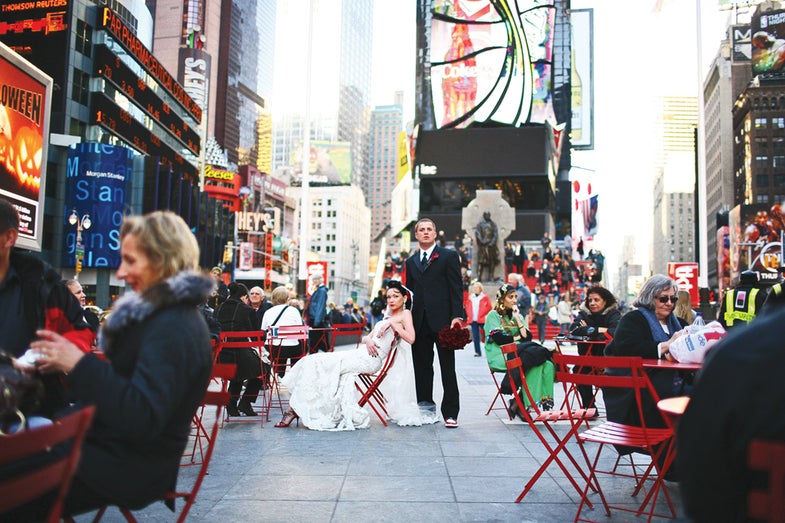 While working toward a degree in criminal justice, Glass took a job making wedding albums at a Long Island, New York, photo studio. When the studio was hired to shoot a wedding Glass was attending as a guest, her boss gave her film to take along—and fate took over. “The main photographer got lost,” Glass recalls, “so I just had to learn how to do it right there.” Her results were stellar, and the studio began using her as a shooter. A few years later she struck out on her own.

Like her clients, Glass has moved away from the playful trends of the past few years and shies away from cute props. “I think when people feel insecure they feel they have to detail their weddings to death,” she says. “I reassure them that it’s about their personality and who they are as a couple.”

That’s not to say she’s a stick in the mud. When the formalities are over, Glass grabs a 16–35mm lens and hits the dance floor to capture the thrill of the occasion at close range. “A lot of people hire me for the shots of the reception, because it looks like an insane, fun party, even if there are only 10 people dancing. Which is what everybody wants at their wedding—to have it be a great party.”