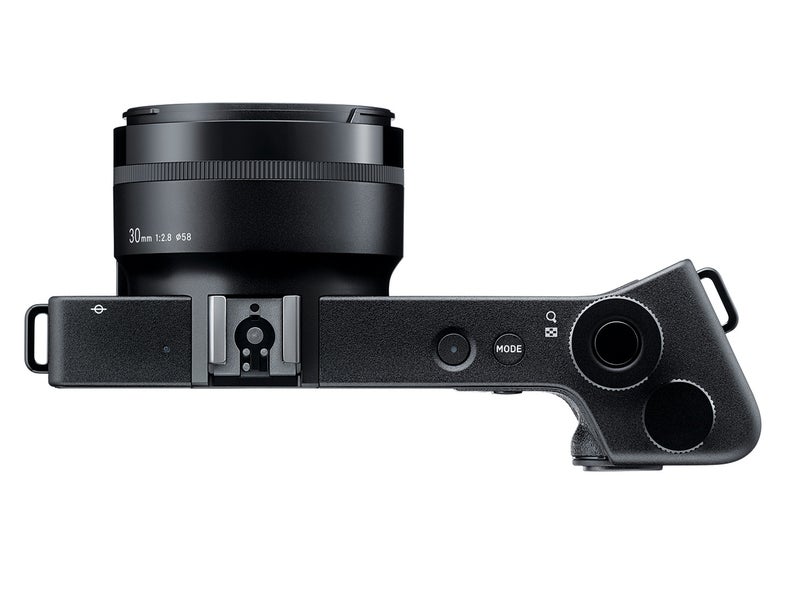 By now, everyone knows that sales of compact cameras have plummeted under the onslaught of smartphones, with their incredible convenience and increasing picture quality. But camera makers have come out with a slew of new compacts aimed at serious photographers who want big-camera capabilities without the bulk or bother of changing lenses.

The latest advanced compacts range from more consumer-oriented models such as Canon’s PowerShot G7 X, with a 1-inch sensor, and Panasonic’s Four Thirds–sensor Lumix DMC-LX100, to specialty APS-C models more likely to appeal to connoisseurs, such as Sigma’s dp Quattro series and Leica’s X and X-E. Fujifilm released an option at each end of the sensor spectrum: the X30, with a 2/3-inch sensor, and the X100T, with an APS-C-size chip. Sony also has a growing series of compacts with 1-inch sensors, the most recent of which is the Cyber-shot RX100 III, released last spring. Prices? Between $600 and $2,300.

These join an impressive list of big-sensor compact cameras that came out in 2013 and are still on the market (though they may be phased out soon), including the Fujifilm X100S, Leica X2, Nikon Coolpix A, Ricoh GR, and Sigma DP Merrill series—all with APS-C-size imagers—and the Sony Cyber-shot RX1, still the only full-frame compact out there.

This all presents a wealth of solid choices for photographers who want a terrific take-it-everywhere camera to fit in a jacket pocket or a purse. Here are some of the factors to consider.

You might guess that the larger the sensor, the higher the resolution. But that’s not always true. For instance, in the controlled and uniform conditions of the Popular Photography Test Lab, our sister publication measured higher resolution in low-ISO images from Sigma’s dp2 Quattro, which has an APS-C-size Foveon X3 sensor, than from Sony’s full-frame RX1. And while Nikon’s Coolpix A, with an APS-C sensor, out-resolved Panasonic’s Four Thirds–format Lumix LX100 in lab tests, it did so only by the slimmest of margins.

Some of these differences may stem from the variation in pixel counts, and not just from their size; different processing both in RAW image capture and in the company’s default RAW-to-TIFF conversion settings may also play a role. In real-world shooting and processing, photographers will most likely be delighted with the level of resolving power that any of these compacts provide, especially when used in bright light.

Image noise can become more of a limiting factor in the picture quality of compact cameras, especially at high ISOs. Generally, the smaller the camera body and the higher the density of pixels on the sensor, the more noise will show up. That may be one reason that Panasonic kept the LX100’s pixel count down to 12.8 megapixels—Pop Photo‘s lab tests rated its noise Extremely Low at ISO 800 and below, and it didn’t hit an Unacceptable rating until the camera’s top sensitivity of ISO 25,600. In the same tests, the Canon G7 X, with 20.2MP on a 1-inch sensor, hit the Unacceptable level at ISO 6400, and the Sigma dp2 Quattro, which spreads 29 effective megapixels on its unique three-layer Foveon, got there by ISO 400.

Compacts with smaller sensors can accommodate zooms, whereas those with APS-C-size chips and larger only sport lenses with a fixed focal length. All of them have fast maximum apertures to bring in lots of light, and most the prime lenses have manual focus rings for precise control.

The zooms you’ll find on these compacts aren’t monsters—the Canon G7 X has the biggest range, a modest 4.2X for a full-frame equivalent of 24–100mm. But they cover all the most useful focal lengths and strike a nice balance between versatility and size.

Nearly all the new APS-C cameras stick with a wide-angle prime equivalent to 35mm on a full-frame. The sole exception is Sigma. With its dp Quattro line (like the DP Merrill line before it), it offers three different fixed focal lengths: 28mm (equivalent) on the dp1 and 45mm on the dp2; 75mm will turn up on the dp3 in 2015.

In the end it’s a tradeoff whose worth you’ll need to decide for yourself: a smaller sensor for more reach, or the purity of a single focal length and the possibility of a shallower depth of field.

All of these cameras offer tons of cool shooting modes and tricks for in-camera processing. But three features will probably matter most to photographers: their viewfinder, video capabilities, and Wi-Fi connectivity. The first used to be standard on cameras, but is no longer; the second has become par for the course; and the third is catching on fast.

About half these new compacts—the Canon and both the Leicas and Sigmas—lack viewfinders. For framing, you have to either use the LCD screen or buy an accessory finder. (That is, if one exists for your system—Leica’s current EVF is expensive and disappointingly slow and grainy; Sigma’s is just coming out now and we haven’t had a chance to try it yet.)

Those cameras that do have built-in finders have made these electronic models so sharp and fast that few shooters will miss a glass finder. Fujifilm has both: With the hybrid finder on its X100T, it provides both a clear optical rangefinder and a high-resolution EVF with a host of capabilities, including digital split-screen for manual focusing. Sony put a cool pop-up OLED EVF in the RX100.

As for video, Full HD (1920×1080) capture at frame rates of up to 60 frames per second has pretty much become standard—you’ll find it on all but the Leica X-E and the Sigma dp Quattro line. The Panasonic LX100 goes further, shooting 4K video directly to an SD card, though not to an exterior recorder through HDMI.

Then there’s Wi-Fi for direct wireless image transfer and remote control. Once again, the Leicas and Sigmas go without.

Finally, you need to consider the size of these cameras, how they feel in your hands, and the design of the controls, grip, LCD screen, and other elements. None of these compacts are made to slip into the pocket of your jeans, but they are all easy enough to carry all the time. The Leica X weighs the most, just over a pound; the little Sony RX100 III comes in under 10.25 ounces. Be careful when looking at published specs for a camera’s size, because the dimensions listed usually describe only the body. The lens can add a fair amount of bulk.

But you’ll likely care more about how a camera handles than about its size. All of these cameras put controls of most common settings on dials, buttons, and switches, but their layouts differ, and you may wind up surprised by what sends you rooting through menus. The shapes of their grips differ, too, from the strong angle of the Sigma dp Quattro line to the subtle ridge of the Fujifilm X30 to the flat front of the Sony and the Leicas.

If you’re buying a compact as a gift, chances are you won’t go wrong with any of these cameras. But the best way to choose for yourself is to play with a few of them and decide which factors are most important to you. You may quickly find yourself leaving your phone in your pocket and using an actual camera.