A look back at some of last month's most exceptional photography 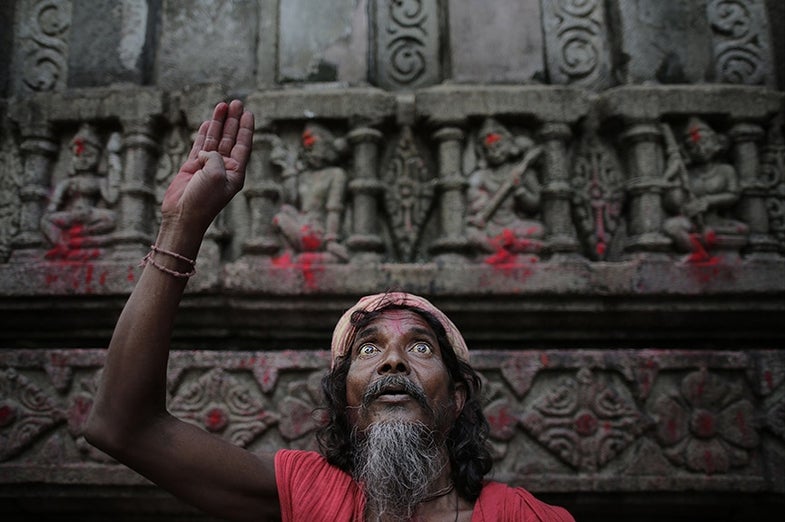 A man gestures to attract alms from devotees at the Kamakhya Hindu temple during the Ambubasi festival in Gauhati, India, Wednesday, June 25, 2014. The annual festival where hundreds of holy men from an esoteric form of Hinduism, gather to perform rituals ended June 26, 2014. Anupam Nath is based in India and has worked with Associated Press since 2000.