2014 and Beyond: Philip Montgomery 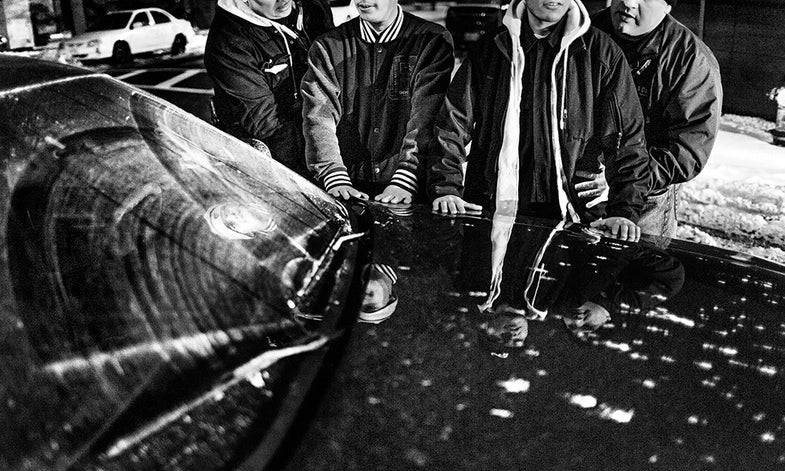 Newark, New Jersey - Newark Police officers Detective Eugenio Gonzalez (RIGHT) and Patrolman for Newark Police Department, Officer Anthony Maldonado (aka Big Cat) (LEFT) search the pockets of two individuals who were stopped during a “field inquiry” or a stop and frisk at the corner of Summer Avenue at Elliott Street while on a night patrol in the northern district of Newark, New Jersey. Sunday, January 26, 2014. CREDIT: Philip Montgomery. Philip Montgomery
SHARE

Whatever you do, don’t typecast Philip Montgomery. The documentary photographer, 26 years old and living in Brooklyn, does do photojournalism but bristles at any labels. “Straight news photography can be binding in terms of the level of storytelling you can do,” he says. “Going beyond it, in the still image, you need to be conceptually based.” Montgomery’s best work, which has been cropping up in magazines such as The Atlantic and Bloomberg Businessweek, takes stories to the next level.

While covering civil unrest in Ferguson, Missouri, shooting photos that Harper’s picked up, he tried to get beyond the obvious. “I wasn’t chasing the bang-bang tear gas pictures,” Montgomery says. “I spent 20 minutes photographing the tree where Michael Brown died. I wondered what he was thinking about and seeing as he died. It breaks down to what people are feeling.” The result is a heart-rending depiction of a city on the brink.

Shooting film and digital—he prefers the latter for commissioned work—Montgomery is rigorous about keeping things honest. He minimizes retouching but eagerly dodges, burns, and will apply graininess to gritty subject matter. The aesthetic of his images, which have captured the realities of racial tension and relationships between police and communities around the country, appear to keep one foot in the past and the other in the future. With plans to do a project on failures within the California dream, Montgomery says, “Right now I’m interested in long-form bodies of work that flirt [with] lines between photojournalism and art photography.”

See more of his work at philipmontgomery.com