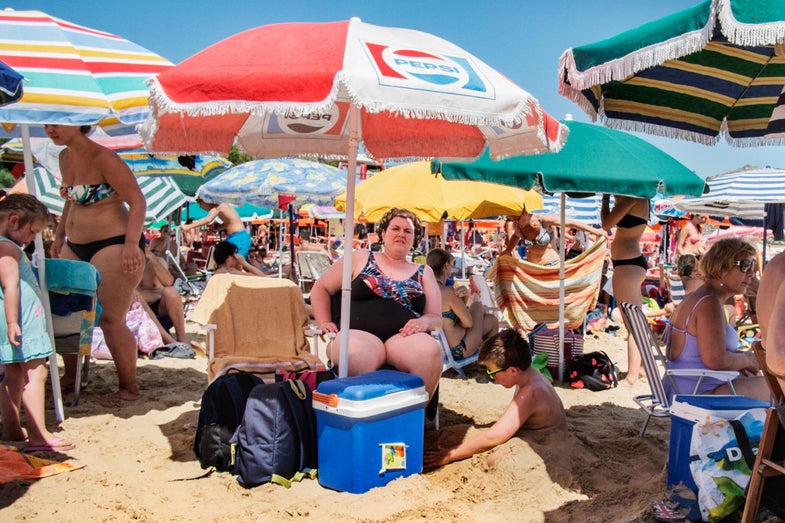 This survey of international contemporary photography spotlights the 14 recipients of CENTER’s Project Grants and Choice Awards, which is in its 20th year. Salvatore Calafato—Courtesy of Center for Contemporary Arts, Santa Fe
SHARE

Eschewing the idea that constructed images have to be commercial, this exhibit speaks volumes to the photographers who have proven that intent within a photograph is just as important to the art form as the found.

In large part, the exhibit centers on projects by two photographers—Inés Dümig (Germany) and Justin Kimball (United States)—who are making work documenting the life of a Somali refugee residing in Munich, and the collapse of the coal, steel, paper, and farming communities of the eastern seaboard of the U.S., respectively. This exhibit coincides with two major events in New Mexico: Review Santa Fe and PhotoSummer.

Including photographers such as Hiroshi Sugimoto, Robert Adams, Andreas Gursky, and An-My Lê to artists like Anselm Kiefer who uses photography in several of his thickly layered paintings, the exhibition looks to contemporary usage of the medium to explore the way artists interpret the evolving world.

There may be no better place to do so this summer than the National Gallery of Art, where the museum is housing a comprehensive exhibition of photographs from its collection which got its legs with a 1990 initiative to expand upon its photographic holdings. While the collection began with a foundation of some 1,650 Alfred Steiglitz photographs, it grew to acquire some of the most preeminent masters of the medium, including Irving Penn, Robert Adams, Harry Callahan, and Ilse Bing, among others. Here, displayed in chronological order, is an exhibition paying homage to photographic icons who paved the way for photography to be revered as a fine art form. On view concurrently is “The Memory of Time,” an exhibition honoring contemporary photographers in the collection.

The resulting series is at once imaginative and nostalgic: for home, for the changing American West, for the human impact on the land, for her brother who passed away unexpectedly one year into the project. The astounding photographs appear somber and thoughtful in tone; an unexpected eulogy to the passing of time and the cycle of life.

Exploring the gamut of the photographic form—from the personal to the objective to the experimental—this exhibit is a sweeping view of varying genres of contemporary photography, presented as a visual smorgasbord from several artists who have gone on to receive photographic acclaim: including Lauren Dukoff, Olivia Bee, Corey Arnold, and Pari Dukovic.

In this realm, the artist is seeking to represent the humble nature in which we coexist with the ether, and with the animals that inhabit the air. The two exhibits are accompanied by a “chapel”-like pavilion in Millennium Park in which the artist’s photos of birds are mounted to the ceiling.

Contrasting classic portraits of those who identify as transgender, cisgender, genderqueer, and gender nonconforming with the vintage processes of 19th Century wet-plate collodion tintype and ambrotype, photographer Robyn Renee Hasty is attempting to fluidly connect the concept of gender neutrality across platforms and through time.

Studying how people identify with the material makeup of their surroundings, including series about items discarded in the “spring cleaning” process (Katie Harwood); the items and images shaping one person’s gender transition (Gary Beeber); and the way people in a library interact with tangible materials in the digital age (Christopher Rauschenberg)—this exhibit attempts to examine anthropological notions of place in a new way.

With a critical eye to the ways in which images are used within mass media and the photographic medium is viewed in the cultural landscape as a whole, the artist employed early methods of appropriation, and in one series, “Stills” shows the way the potential of human life literally hangs in the balance in a collection of press images of people falling from buildings.

The summer season is often punctuated by dizzying energy, heat waves, wanderlust, and the draw to water. In the art world, it’s all about the summer group shows that unveil emerging artists and further propel the industry’s rising stars; it can also be a time for a few standout one-person shows and historic surveys honoring the craft. Here, we’ve rounded up ten of our picks for summer photo exhibits that are sure to quench the thirst for enticing visual stimuli.