There's a lot to like about Lightroom, even with Photoshop's big move. 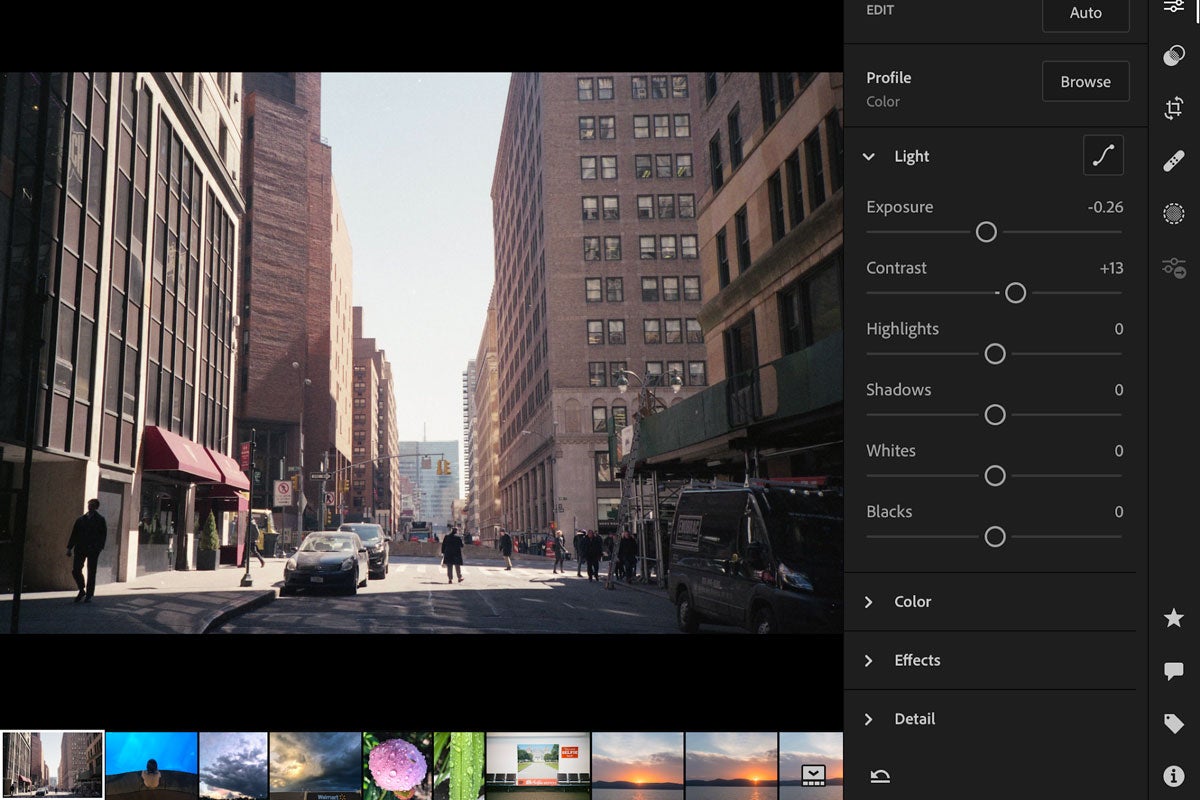 This week, Adobe introduced the first full version of Photoshop for the iPad. The initial release is missing some familiar features like the Pen Tool for drawing vector-based shapes, but the company has made it very clear that this is only the beginning. It’s an exciting prospect for those who want to do extensive retouching, serious illustration, or layer-intensive compositing without the need for a Wacom or similar tablet. But, if you’re just looking to do some photo editing, Adobe’s Lightroom app has been around for years and it’s still one of the best options around.

Lightroom is designed for photographers. The desktop version provides an end-to-end workflow that starts by helping you organize and tag your photos upon import. It has an extensive range of editing tools and preset options, and then you can export photos with settings that match your specific purpose. Just this week, Adobe announced that users can finally export images to TIFF files directly from Lightroom, which is another step toward making it an all-in-one solution.

While the desktop version is tried-and-true for many photographers, the app version still doesn’t get as much credit as it deserves. When you import photos from your camera or phone into the desktop version of Lightroom, it can create smart previews and sync the library up to the app, which allows you to edit across both platforms.

Lightroom uses non-destructive editing, which means it stores information about your edits separately from the image files themselves. In Photoshop, you can accidentally save over the original picture, whereas Lightroom forces you to export a new version of your photo with the edits applied.

This type of processing also makes it easy to sync edits across devices. You can make color, light, and other image adjustments using smaller, preview files on the iPad and then sync them back to the desktop to export full versions. Or, you can simply save images to your camera roll from the app itself.

Even if you don’t want to make your iPad a primary editing device, it comes in very handy for things like sorting through a huge collection of photos on the road, then syncing those selections back to the desktop version for final edits and exporting.

The shared Creative Cloud catalog between Lightroom versions isn’t perfect. You have to make sure to remember to sync your iPad over a fast connection before taking it on the road and it’s easy to get lazy about importing photos from the smartphone version of the App and making your catalog a bit messy. But, once you’re in the habit of keeping things organized, it’s one of the better examples of a platform working across three different devices.

Sadly, Adobe’s Creative Cloud storage plans aren’t exactly roomy, so space can be a limiting factor when it comes to syncing and keeping tons of images in your Creative Cloud library. But, Adobe’s new Photoshop app relies even more heavily on the cloud. It’s now using a new file format called PSDC to sync edits and app data about your files via the web. Hopefully, that will entice the company to improve some of its storage options down the road.

I’m looking forward to seeing what future versions of the Photoshop iPad app will be able to do, but for now, Lightroom handles most of what I need to do from a photography perspective. Like, with Photoshop, it still requires a Creative Cloud subscription, but its included in the $10 per month photography subscription, which is still a solid deal years after its debut.

On the desktop, there’s a lot of interplay between Lightroom and Photoshop, so it will be interesting to see how Adobe integrates the two as part of its total cross-platform solution. Right now, it’s simple to switch back and forth between the two sitting behind a computer—Lightroom handles the brightness and tonality adjustments, while Photoshop drills down into the retouching and cloning function. It’s not as simple on an iPhone or iPad, however, and switching involves repeated exporting and importing. But, as Adobe said, this version of Photoshop is just the beginning, so the dream of seamless end-to-end editing on the iPad may come to be down the line.