‘HDR’ is the most confusing term in consumer tech right now

You're going to bump into it whether you're buying a TV, a camera, or a smartphone. 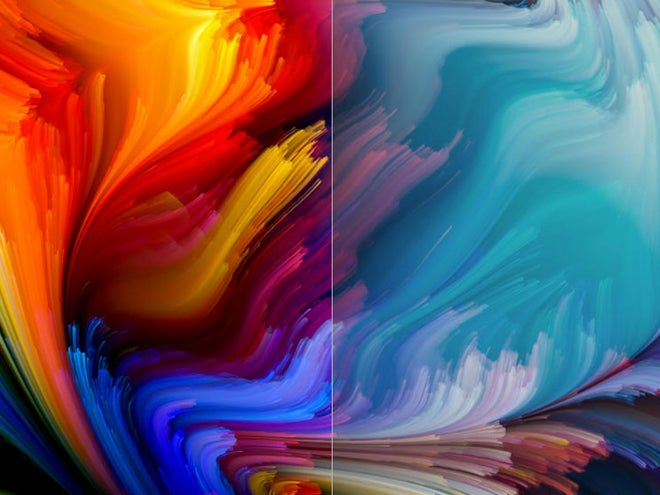 This simulation of HDR vs. non-HDR playback comes from Dolby. The difference isn't always as pronounced. Dolby
SHARE

By now, you’re rightfully wary of buzzwords when buying something new. It only takes one bad experience with pricy car undercoating to sour a person. Right now, the biggest buzzword in consumer tech is HDR (short for high-dynamic range), and while it’s certainly not snake oil, it can be confusing, as it can be applied differently to devices like TVs, computer monitors, cameras, and even smartphones. Here’s what you need to know next time you hear those three letters together.

What is dynamic range anyway?

Dynamic range can be applied to both audio and video products, but we’re going to be talking about the visual aspect here as it applies to cameras and televisions. In that regard, it’s a way to compare the brightest whites to the darkest blacks in a camera or a display. Higher is typically better, but it’s not always as simple as it seems. It’s the difference between the two ends of the spectrum that’s important.

HDR capability is a key selling point for TVs right now, but it’s not easily quantifiable in terms of a number or stat on a spec sheet. You won’t necessarily buy one TV because it has “more HDR” than another and just because a TV is equipped with it, doesn’t necessarily mean it’s going to look hands-down better than one without it. TV brightness is measured in a unit called nits. An HDR set may have a top brightness of 1,000 nits, with a dark black measurement somewhere around .5 nits. Non-HDR displays would have a smaller disparity between the numbers.

On its face, HDR says that a TV—or any other display—can display content compliant with one or more of the current HDR platforms. The two most common HDR protocols right now are HDR10, which is an open platform, and Dolby Vision, which is proprietary. Look for these if you want an HDR set. Samsung has also rolled out the HDR10+ platform, which builds upon the standard HDR10 model.

What difference does HDR make in TVs?

HDR-capable sets promise more picture detail by retaining image information in areas that would be blown out or lost to shadows on a typical display. You’ll probably notice whiter whites, and deeper blacks, but it varies quite a bit. For instance, an OLED TV will likely have much deeper blacks than a typical LED backlit TV by its sheer nature, even if both TVs can play back HDR content.

HDR content has the extra image data necessary to differentiate itself from typical HD, or even normal 4K content. Netflix currently offers a rapidly-expanding collection of HDR titles, and the iTunes store is currently the best place to get new releases, assuming, of course, you’re willing to pony up the $180 for an Apple TV 4K you need to play them. Other compatible players include the $70 Amazon Fire TV, the $99 Roku Ultra, and the upcoming Xbox One X.

Is HDR worth paying extra for?

Right now, HDR makes a bigger difference in most cases than simply upgrading to a 4K display. If you’re buying a new TV right now, it’s worth it to consider an HDR set because the amount of compatible content is only going to rise, at least for the foreseeable future. It’s even more worth it if you’re moving up to a high-end TV like the Sony or Samsung OLED models.

In the camera world, HDR has a very different meaning than it does in the TV space. Every digital camera sensor has an effective dynamic range that dictates what it can capture. The camera can only handle so much disparity between light and dark, which is why the windows get blown out when you take a picture in a dark room, or a person’s face looks dark when you try to take their photo in front of a bright blue sky. This has been true since the days of film photography.

High-dynamic range in the photo world typically refers to a technique in which a camera takes several pictures with different exposures, then combines that image data into one photo with the shadows and highlights compressed to fit. This is now standard operating procedure for most major smartphone cameras. Sometimes it makes photos look more like you see them with your eyes, which have a huge dynamic range, and sometimes it makes the scene look like a cartoon or a video game.

Typical cameras that take one picture at a time will often brag about their dynamic range using a unit of measure called stops, which are often used to talk about exposure in photography. The new Sony A7r Mark III, for instance, brags about its 15-stop dynamic range, compared to a typical DSLR which hovers around the 13-stop range.

While a camera’s dynamic range is important to consider, it’s worth noting that most modern, standalone cameras are well over 12-stops, which should cover most of what the average user requires. Many cameras like the Sony models also have built-in HDR function if you want to combine more than one photo.

If you’re curious about the dynamic range of your own camera, you can check out the independent measurements done by DXO.

Mobile devices are the perfect storm of HDR marketing speak. Right now, the mobile display market is a mess in terms of HDR, with different manufacturers opting for varying standards, and content providers like YouTube just starting to offer mobile HDR content. The upcoming iPhone X will have an HDR capable screen, which will be the most high-profile test on mobile yet. One of the first tests came in the form of the Samsung Galaxy Note 7, but then too many of those threatened to explode so they were all recalled.

When it comes to smartphone cameras, the actual dynamic range of their sensors doesn’t change much from model to model, but each company has its own technique for creating HDR photos. Google takes up to 10 pictures every time you push the shutter button on the Pixel 2, while Apple takes fewer pictures with greater differentiation to maintain image data. If someone tries to sell you on a phone because of its “HDR camera,” know that you get that from just about all the big players at this point.