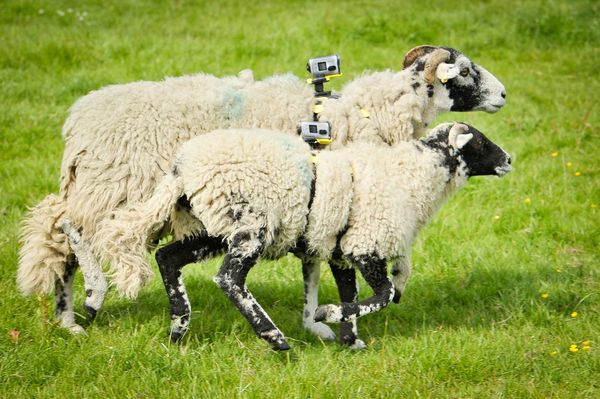 It’s time again for the Tour de France, the biggest and most prestigious bike race in the world. And this year, a very different set of cameras will be trained on the cyclists—cameras strapped to the back of a local herd of sheep, courtesy of Sony.

This year, five sheep will be outfitted with modified dog-harnesses, and loaded up with Sony HD AS100VR ActionCam, and the cameras will be remotely controlled by farmer Ian Hammond. Talking to the Daily Mail, Hammond said “Locally we are really looking forward to the Tour de France coming through Yorkshire, the dales certainly are a good test for cyclists and I’m looking forward to seeing how my flock perform as Sony’s first ever sheep cam.”

Usually, when you hear of an animal with a camera, it’s because someone either strapped a GoPro to their dog, or a passing critter stole one, but now it looks like Sony is trying to get in on that exciting animal-cam action. We should know before too long if Hammon will be able to get his herd in the right place and the right time to actually see the cyclists compete, and if all the footage just won’t be the sheep themselves. And we’re hoping that this is the start of a whole cottage industry of animals loaded with cameras being used at official sporting events!