Ever wanted to see a cheetah filmed at 1200 fps? 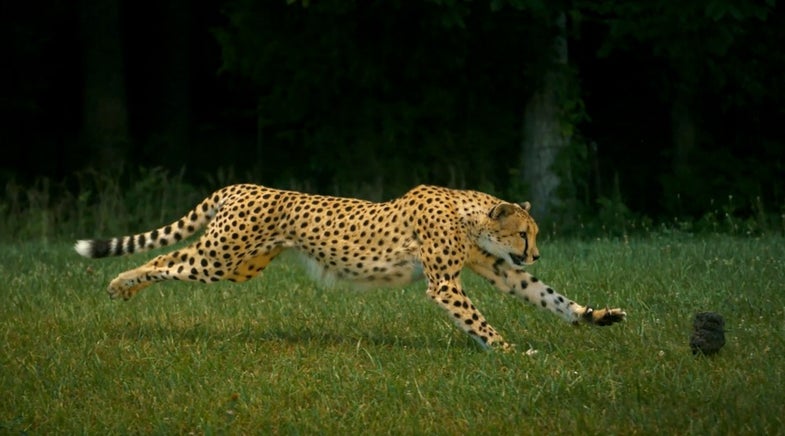 Earlier this year we covered a project by National Geographic to record a cheetah running at full speed using high speed cameras. By strapping three Canon 1D X DSLRs and a Phantom high-speed camera to a rig, they filmed multiple runs of cheetahs sprinting. That footage has finally been released, and it’s everything we’ve hoped for.

Put out on Vimeo and YouTube, this seven minute video is a compilation of runs by five cheetahs over the course of three days — fimled at up to 1200 fps using that Phantom rig. What I can’t get over is that the first 1:45 of the video is culled from under two seconds of real-world time.

The cheetahs were having such a good time of it, that one of them broke a world record — the fastest 100m run run by anything on the planet. Clocked at 61mph, the Cincinatti Zoo’s Sarah ran 100m in just 5.95 seconds.

And, if you stay for most of the video, you’ll see that yes, they do catch the grey fuzzy thing in the end.