No more need to get X11 up and running to use the powerful free image editor, version 2.8.2 is a fully self-contained app 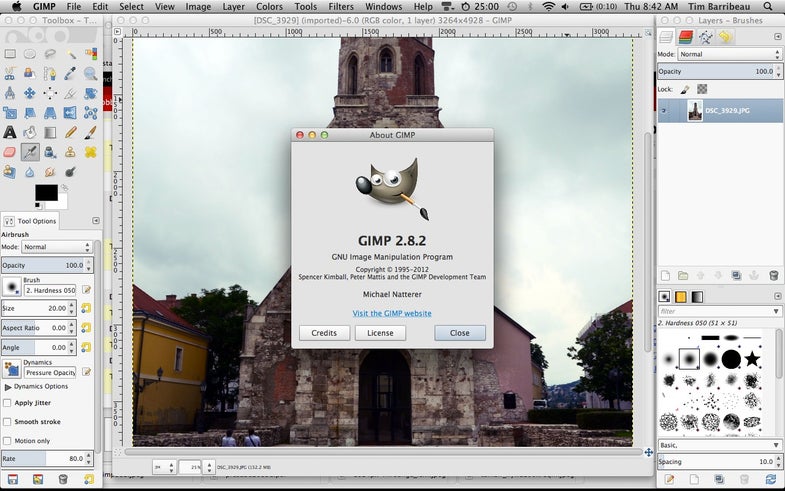 GIMP — the GNU Image Manipulation Program — has long been an open source alternative to high-cost and proprietary applications like Photoshop. While free to use, it’s had a reputation for a clunky interface, and Mac users have often been stymied by the requirement to run it through the X11 environment. While not difficult to do, it’s incredibly unintuitive and has been a barrier to adoption for many. However, with the newest stable release of GIMP, that requirement is now gone! That’s right, GIMP 2.8.2 now has a totally native OS X app.

What that means is that GIMP now functions like any other Mac app. You simply download the DMG, and then drag the app onto your hard drive. It’s far more straightforward than any previous version.