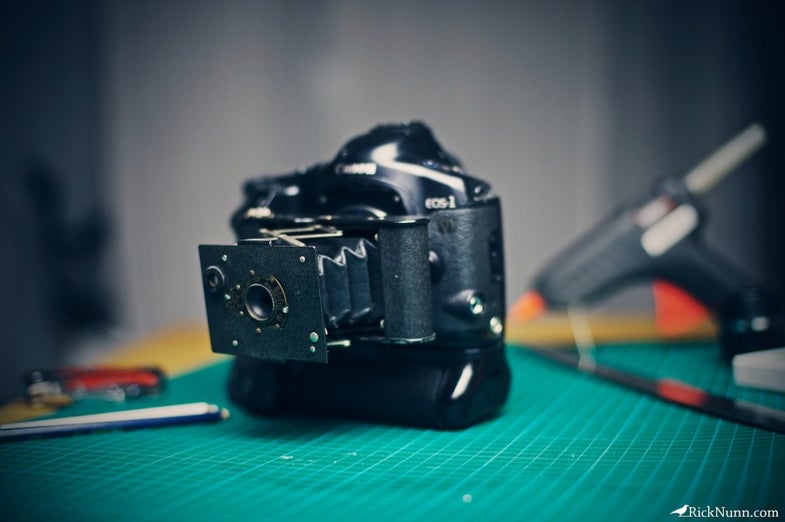 Are you bored with everyone mounting old lenses onto new cameras? Well, why not take it a step further? Rick Nunn did, by shooting through an entire camera rather than just an old lens. He picked up a Vest Pocket Kodak, mounted an M42 extension tube to the window on the back, and then that went on to a M42 to Canon EF adaptor, and the whole rig was attached to his 5D Mark II. The shots it takes are pretty impressive straight out of the box, and “the bellows give it awesome macro powers too.”

Nunn also deserves a huge amount of credit for documenting the entire process using a time lapse video, so you can actually see the steps he went through to make the rig. And yes, he’s using hot glue to stick the whole shebang together — is that stuff light proof? You’ve got to be impressed by the sharpness from a lens that’s almost a century old.