Yeah, you read that headline right -- a photo-blocking beer cooler 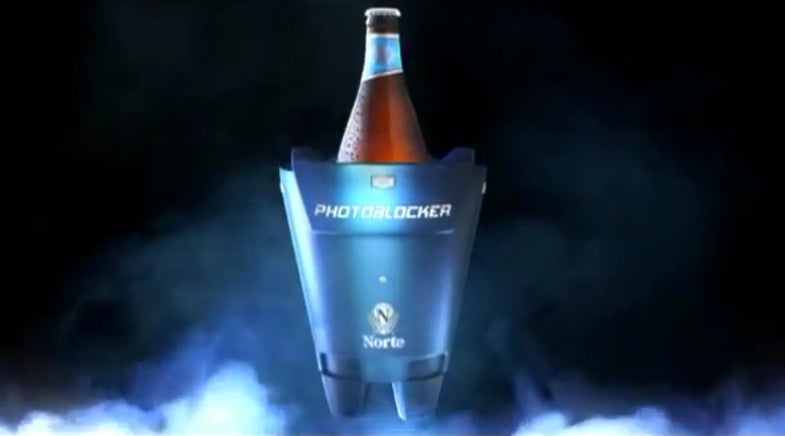 If you’ve ever found yourself caught out on Facebook thanks to someone recording your drunken shenanigans the night before, then South American beer company Cerveza Norte created this with you in mind. The Norte Photoblocker is a combined beer cooler and, well, photoblocker. Whenever it detects a photo being snapped, it blocks the shot, saving you from any embarrassment. In the ad below and others they show the device, but it looks to be simply a slaved strobe unit. Whenever another flash goes off, it fires at the same time, generating enough light to obscure the image. Hardly a technological marvel, but a very clever application for it.

This isn’t the only way of being able to block unwanted photography, in fact there’s been a boom in this technology in recent years. In 2009 a Russian billionaire installed lasers capable of blocking paparazzi shots on his yachts, there are ways of blocking low-light security cams using IR lights, and then there’s the anti-paparazzi handbag which uses LEDs.

You never know when your face is going to end up tagged and in someone else’s possession, so maybe taking some steps to keep your privacy isn’t completely mad.