Taking the guesswork out of lightning photography 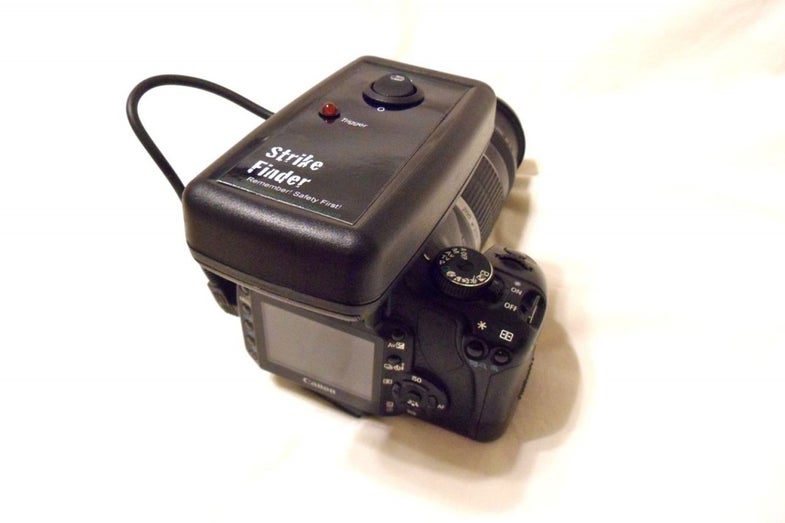 Ubertronix has announced a new line of products, the lightning snapping Strike Finder, which is available in three different forms and prices, depending on how many other features you want included. Running from $109.95 to $299.95, even the most basic model allows you to set up your camera and have it automatically detect lightning, and fire off a quick snap to capture the fast moving bolt.

The Strike Finder isn’t the only trigger on the market (see: 1, 2, 3, 4), most of which seem to work on a similar principle. Lightning strikes are actually usually a cluster of strikes rather than a single big one, and the triggers detect the first sparks and hit the shutter in time to capture the rest of them. So in a way, it’s related to a slaved strobe, reacting to changes in light by taking photos. There are other ways of doing it, the forthcoming Triggertrap should allow lightning capture simply by doing repeated long exposures until one is captured, though that’s a decidedly less elegant method.