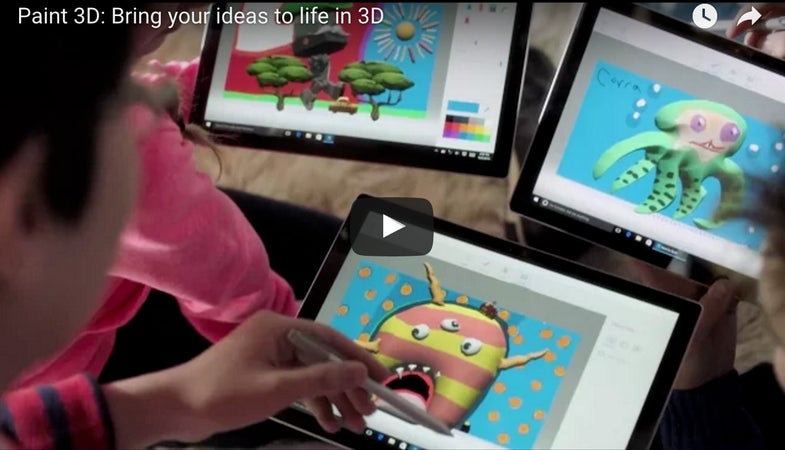 Microsoft Paint has been around, well, pretty much forever. Now, however, the upcoming Windows 10 Creators Update will bring a very serious update to the venerable program, including some serious 3D modeling tools.

The demo on stage involved making a 3D scan of a sand castle using a built-in smartphone camera and a new app Microsoft is hoping to bring to all mobile platforms. The process involved walking a lap around the san castle to capture every angle of it. Then, the model can be brought into Paint where it can be arranged and edited in a three dimensional space.