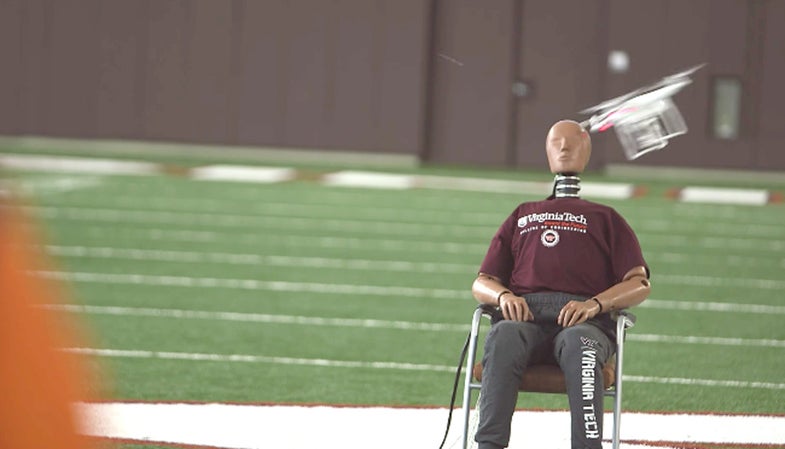 Consumer camera drones—or UAVs if you will—have a pretty good track record in terms safety around humans so far. Sure, there have been some incidents, but they often come from user errors and end in death rather infrequently. However, as these flying crafts become more ubiquitous, safety remains paramount, and researchers at Virginia Tech are trying to ensure the smallest number of people possible suffer from drone collisions.

The research entails flying consumer-grade drones into extremely advanced dummies, which are filled with all kinds of sensors to measure feedback. From there, the scientists are able to evaluate what kind of damage the crash would do if it were to involve a real human.

Down the line, we may have unmanned aircrafts doing all sorts of tasks, like delivering packages, so it seems crucial to understand the potential for crashes, as well as the damage hey will do.

You can read more about the program, including some plans for future studies, over on the Virginia Tech site.