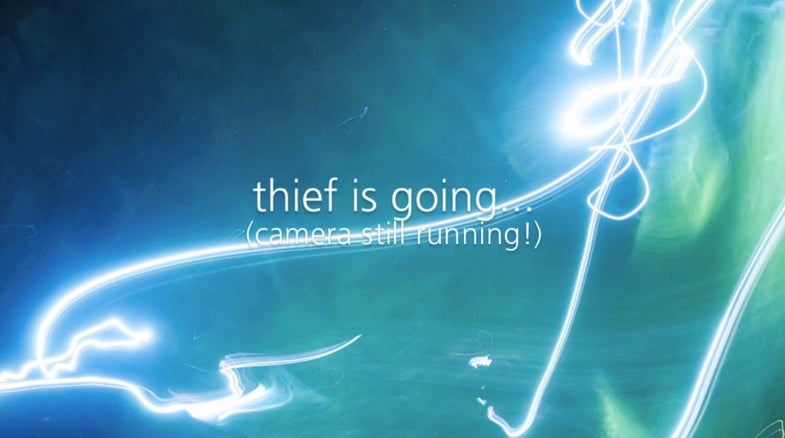 Capturing one of those gorgeous time lapse videos of the night sky takes hours. So, what do you do while you’re waiting for all those exposures to happen? Do you sit in the cold night air, twiddling your thumbs? Or do you leave your cameras, and retreat for warmer climes? Swiss photographer Alessandro Della Bella took the latter approach while recording the Perseids meteor shower in August — and while he was away, one of his cameras captured its own thief.

Della Bella set up three cameras to record the meteor shower, and then went to a birthday party. Returning a few hours later, to find that one of his cameras had been stolen. Thankfully, the thief took to showing off his ill-gotten gains that same night, and witnesses passed the information on to the police who were able to apprehend him. And the images from when he stole the camera — why, they made their way into the video!

Apparently he went to see the stars, and when he saw the cameras standing unattended and grabbed one. This was a lucky instance, but this should act as a reminder to all photographers: Don’t leave your gear unattended.