Usain Bolt Wins Race, Gets Smashed By Cameraman on Scooter

A scary moment for one of the world's best athletes 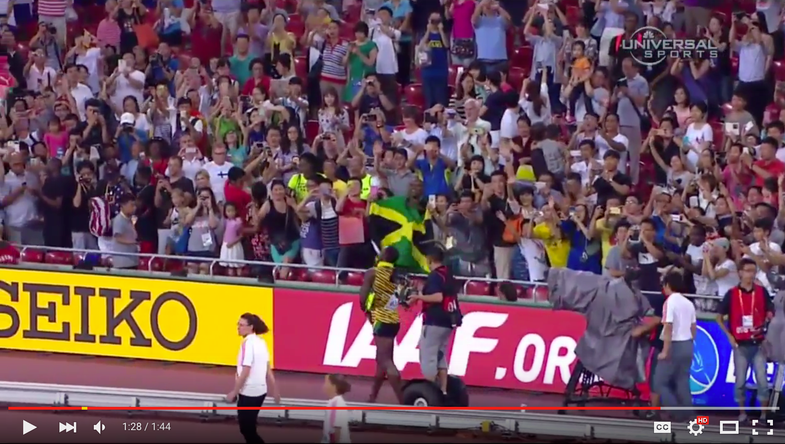 As a photographer, I understand the drive to get the best possible shot. As a reasonable person, however, I get annoyed when I see photographers (and videographers) doing ill-advised things to get those shots. Recently, perhaps the best runner in the world was nearly taken out by a wobbly camera man on a Segway.

Usain Bolt won the 200-meter final at the World Track and Field Championships in Beijing. Then, during his victory celebration, a camera man, who was following Bolt very closely, bailed off of his Segway-like scooter and sent it barreling into the runner’s legs. Luckily, Bolt was able to spring right back up, uninjured, but it was a very scary moment.

Even though this was a videographer, I have seen plenty of still photographers putting themselves in risky positions like this. I’ve seen wedding photographers pop out in the aisle in front of a couple and sports photographers standing on the course during a world up mountain bike race in order to get a shot. And while getting the best photo is important, it should always be safety first.