This Kickstarter wants to help trigger real speedlights with an iPhone 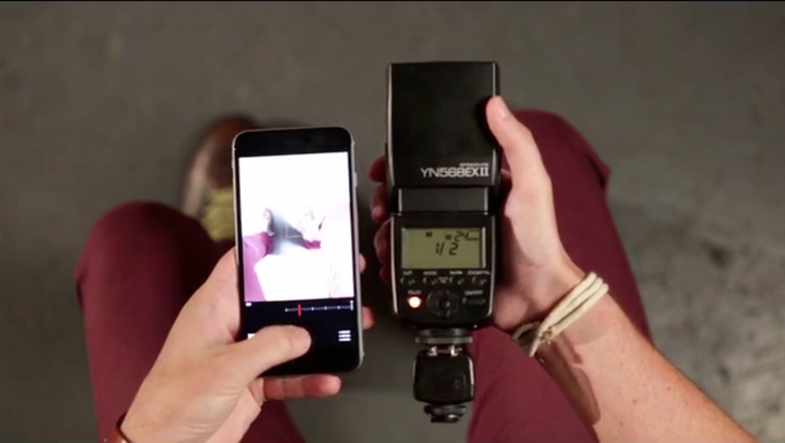 When it comes to flash photography, smartphone cameras have always lagged way behind traditional cameras. There are times where I wish my iPhone camera could compete even with a basic pop-up flash. But, Tric is trying to skip right over that pop-up flash phase and offer off-camera flash triggering with full-fledged speed lights on a smartphone. It’s like a Pocket Wizard for the iPhone.

As the video shows, Tric has a dongle that attaches to the bottom of the flash. When you fire the shutter in the camera app, it fires the flashes, just as it would with any other wireless trigger. Rather than using radio signals, it uses Bluetooth, which is integrated in the phone, requiring one less additional piece.

Since this is a Kickstarter, the results are, well, pretty rough so far. There are a couple of inherent issues holding the idea back. There’s no TTL flash metering involved here because that would take a rather insane amount of engineering. That’s not usually a problem for many flash photographers since switching to manual exposure mode usually makes flash easier. Again, however, that’s not an option here.

So, the resulting photos probably aren’t blowing anyone away, but I do think this is an interesting development. I really believe that, as more and more people start to hit the boundaries of what they can do with their cameras, off-camera flash is going to become more and more appealing and accessible at the consumer level.

The Kickstarter still has a long way to go at the time of this post, so it may never see the light of day, but I have to give them credit for being ambitions and trying something interesting. We have seen some other “off-camera flash” solutions for the iPhone before, but none of them have been gutsy enough to hook the thing up to a Profoto strobe pack. Respect.