This is what a space launch looks like from space 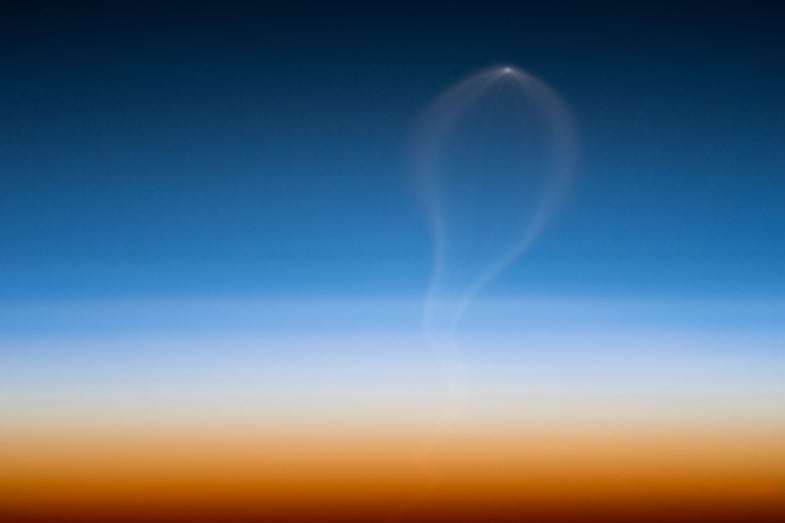 An astronaut aboard the International Space Station snapped this photo of an Atlas V rocket launch on December 6, 2015. The rocket was carrying an uncrewed Cygnus capsule which would later dock with the station. NASA/JSC
SHARE

No, this isn’t photographic proof of angels. It’s actually something even cooler: an Atlas V rocket carrying an uncrewed Cygnus capsule, blasting off into space on December 6, 2015, as seen from the view of an astronaut aboard the International Space Station. The rocket is the tiny point at the top of the image, and the white tendrils trailing from it are exhaust plumes from its engine. About two-and-half days after this photo was taken, the Cygnus docked with the station and dropped off 7,745 pounds of cargo.

But that’s not why it’s so cool. It’s cool because it reminds me how tiny us humans and all of our rockets are, and yet also how far we’ve been able to go: escaping the chains of gravity on the reg, turning hulking metal into cloudstuff, becoming a wisp upon the wind — if only for a few moments at at time. This otherworldly shot was captured by a member of the Expedition 45 crew using a Nikon D4 digital camera with a 1150-millimeter lens, according to NASA. And whether you care about all the equipment that makes this possible or not, it’s certainly an incredible, unforgettable shot.