The Emmy Awards are all about TV, but these photographers are there to capture it 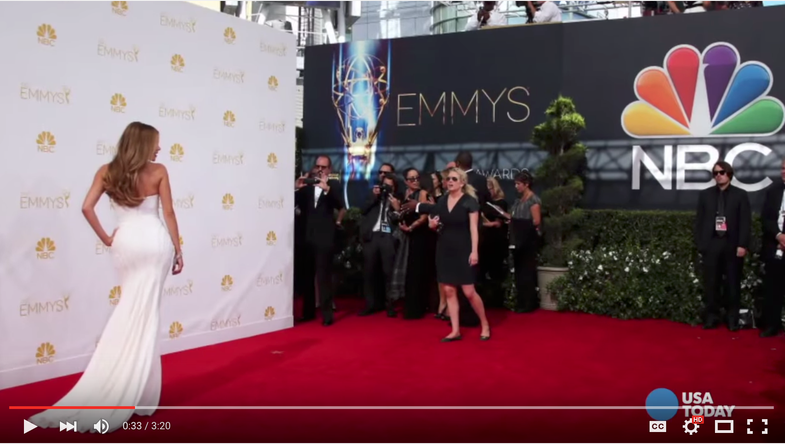 If you looked at social media at all last night, you probably know that the Emmy Awards happened. It’s an exciting night for TV makers and fans, but there are some photographers in the house as well and USA Today has given us a look into what the gig actually entails.

This video follows two photographers, Robert Hanashiro and Dan MacMedan as they get ready to shoot photos for the publication’s Emmy coverage. MacMedan is on red carpet duty, shooting the stars as they enter, while Hanashiro is inside the actual building shooting during the awards show itself.

Having worked a bunch of red carpet photography gigs earlier in my career, I can say that I have considerable respect for anyone who can keep up with that gig for an extended period of time. At least in my experience, the cutthroat nature of the thing made it difficult for me to feel inspired.

Shooting inside the venue itself seems like a pretty interesting gig, if only for the very challenging nature of it. You’re so far from the talent and the light on the audience isn’t amazing despite the fact that its televised. Hanashiro says he ships 500 photos ever commercial break, which means a total take of 5,000 photos over the course of the night. It’s like he’s a sports photographer at the classiest sport in the world.

Which post would you prefer if you were going to take the gig?