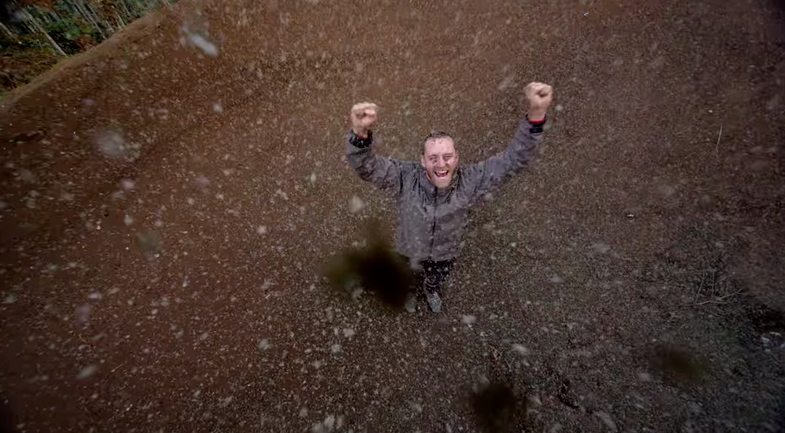 The folks at Anthill Films are crazy in the best possible way. We’ve covered some of their mountain bike movie antics before, but creating a full on blizzard of dirt at the Whistler Mountain Bike Park might be one of the coolest things I have seen in quite some time.

The scene was inspired by a simple quote from one of Anthill’s previous movies about how one rider wished it would snow dirt and it could be shaped like snow. From there, the whole thing, well, snowballed into a crazy cinematic mountain bike riding scene.

In order to pull it off, they used pete moss as fake snow. They distributed by modifying leaf blowers to suck up the course moss particles and blast them all over the trails.

The resulting footage is (in my biased, mountain-bike-loving opinion) ridiculously awesome. Seeing some of the best riders in the world blasting through freshly fallen dirt is just endlessly entertaining. But, it also appeals to the photographer in me. These folks had an awesome idea for making interesting images and they did what they needed to in order to make it happen.

So, next time you have an insane idea for a photo or video shoot, put some thought into what it might take to actually make it happen. Sure, we all can’t get our hands on thousands of dollars worth of modified snow blowers and magical dirt snow, but with some creativity, you might be surprised what you can create.