This Drone Gun Uses Radio Waves to Take Down Drones

A gentler way to knock a drone from the sky? 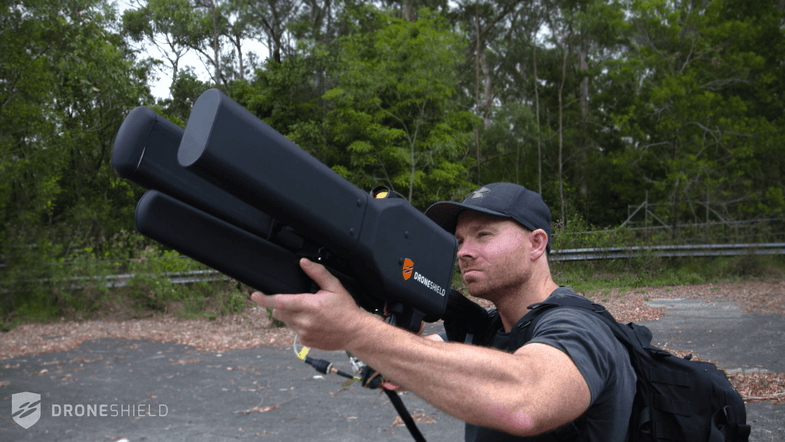 The Dronegun may look high powered machine gun, but this product from DroneShield actually knocks out drones through the power of radio waves.

According to the company, the weapon immediately ceases video transmission back to the drone’s operator and works within a range of over a mile away. Don’t assume you can pick one of these up and start rendering your neighbors drone useless though—according to the company’s site the Dronegun “is not, and may not be, offered for sale or lease, or sold or leased, in the United States, other than to the Unites States government and its agencies.”