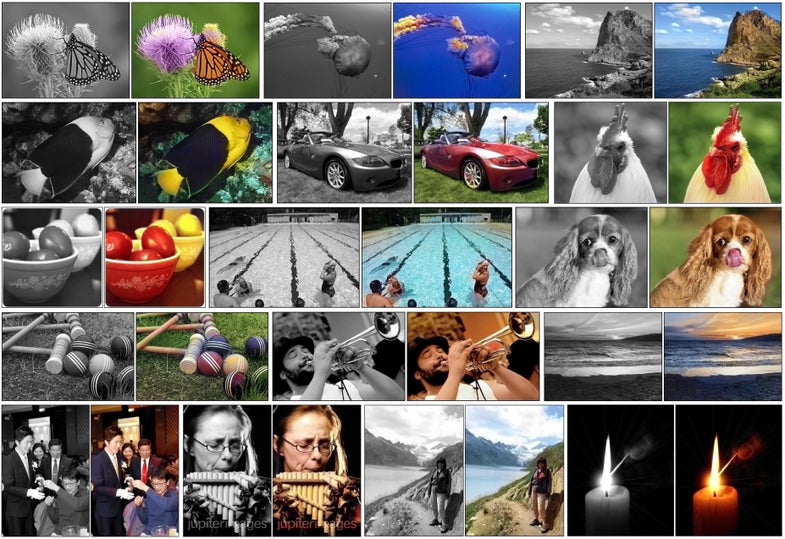 Let me first get this out of the way: I think “colorizing” a black-and-white photo is a great way to ruin a monochrome photo. That said, I get the appeal, and various research teams have been working on methods for adding natural colors to greyscale photos for quite some time. Now, researchers from UC Berkeley have come up with a method that’s actually very impressive and requires little input from the user.

You can read the full nitty-gritty paper here on the researchers’ site, but basically they trained their algorithms with more than a million images, giving it a rather large database from which to pull reference data.

The goal of the software is to add color that’s as natural as humanly possible, which is easier for some images than it is for others. Basically, the more pertinent reference material it has seen, the better the typical result will be.

Looking quickly, or at small thumbnails, it’s actually pretty easy to be fooled. On closer inspection, you start to notice inconsistencies and other problems like weird edges, strange tints, or colors that just don’t look quite right.

As part of the examples, they include images from Ansel Adams and Henri Cartier-Bresson (seriously) and the results look as if they were done by someone who is learning the skill of colorizing images. Cool.

This tech has come a long way and I’m interested to see where it goes, but I’m certainly still not a fan of it, but that’s just my personal bias. I’m also kind of grumpy because it’s April Fool’s Day, which is typically the worst day on the internet. This research is no joke, however.