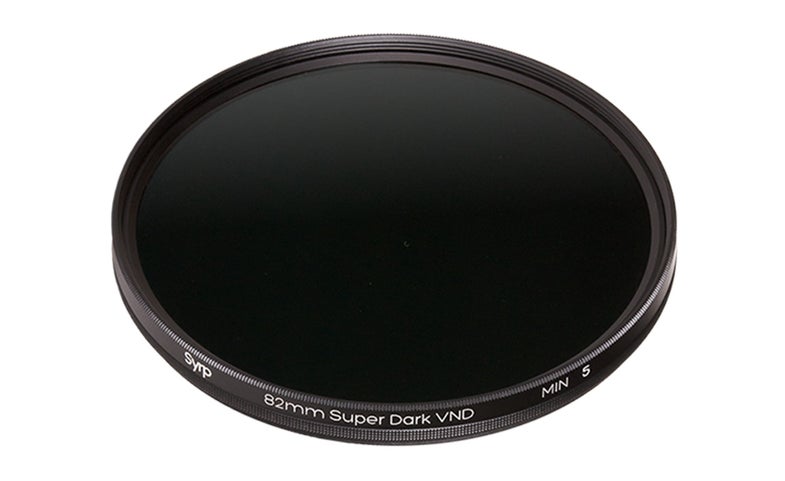 For non-photographers, it can come as a surprise that cameras have problems not just dealing with too much darkness but with too much light. That’s where a neutral-density filter comes in. The new Syrup Super Dark Variable Neutral Density Filter can be adjusted to give you between 5 and 10 stops of light reduction with a simple rotation.

The filter itself has an HD coating to fight things like reflections and glare. It’s made from high-end Japanese glass in an effort to reduce any possible optical problems.

When the filter’s density is cranked all the way up, you’re getting 1/1024 the amount of light you would get without the filter, which enables all kinds of creative controls from setting longer exposure times in bright conditions (a technique frequently used by cinematographers) to shooting with a big aperture in full sun.

The Super Dark Variable ND filter comes with a leather case, as well as two adapter rings and a lens cloth. Theres are two sizes, a 67mm version ($169) and an 82mm version ($209), which covers most high-end DSLR zoom lenses. They’re not the cheapest variable ND filters around, but they’re also not the most expensive, and if they live up to their image-quality promises, they may certainly be worth it.